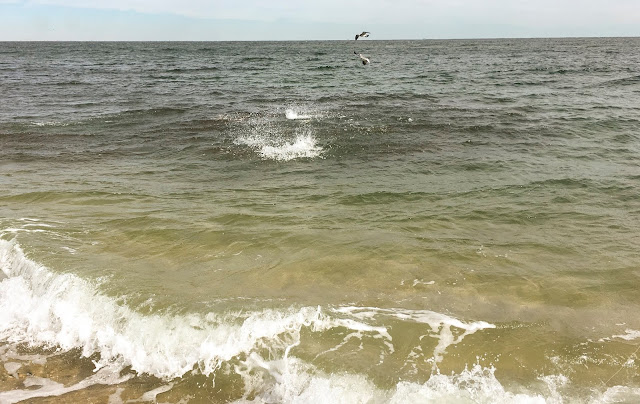 Coming from out west, well, really just sucks. Up at 410am and by the time I stop at WaWa and get there its about 530. Wind was honking this morning, dead low tide was around 7 depending on where you are up and down the shore. 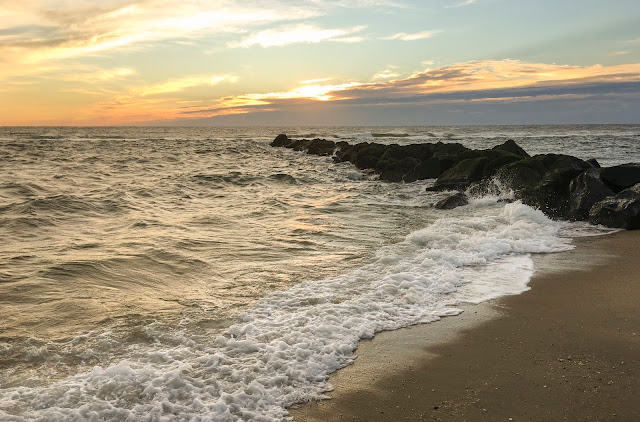 I stopped at spot one, walked too far on the beach, bailed, dido stop two, three, then into the bay, forget it, stop for bagel and another coffee, then back down south, tide change, some birds out, then back in the truck, drive north, two more stops, wind starts to die down, then he last spot, one that I was at earlier...... 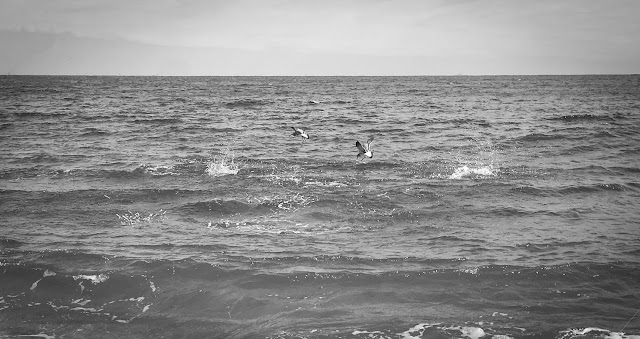 I could see the birds before I could see the water. They were over bass blitzing on rain bait. It didn't last long. When it started I was just pulling up and the two mini-blitzes lasted a few minutes each. I was more looking forward to catching it with my iPhone then catching a fish. Another fly-rodder was there and connected on a schoolie bass. I waited for about and hour casting my fly and not getting a tap. The birds left, the bait stayed but moved around, and there were no further blow-ups. 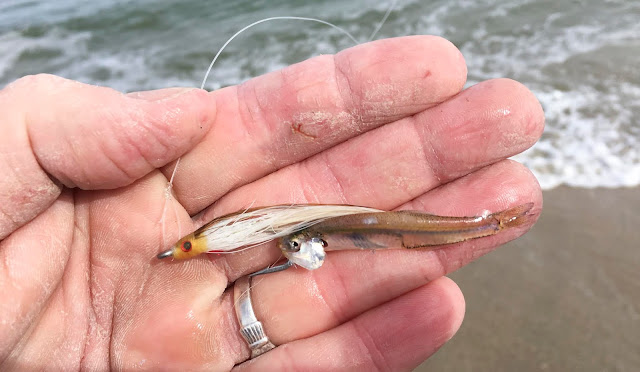 I did stop at another of my favorite fall spots only to find rain bait self-pinned into a short groin. Every now and then it got nervous but that was it. Some albies were busting out of range and after another hour it was time to call it a shift.

I was hoping to get the boat wet but the dying wind came later than I expected and I am sure there was good action somewhere in conditions that were a little better than this morning. Looks like the wind will be a pain for days, or even a week to come. It'll be a wait-at-the-barn for the window the next few outings.

Posted by The Average Angler at 4:07 PM