I thought I had a good plan today. Forecast said the fog would burn away by 8 and it would be a nice day that got better with each hour. I was wet by 830 and knew my window would close about 115 since I was pulling school pick up duty this afternoon.

First stop was the end of the Death March and it was just small bluefish on peanut bunker while I was there. The picture above is a good illustration of why boat guys are hated and wind up with Ava's thrown their way. I'm surprised I didn't hear choice words flying off the beach. 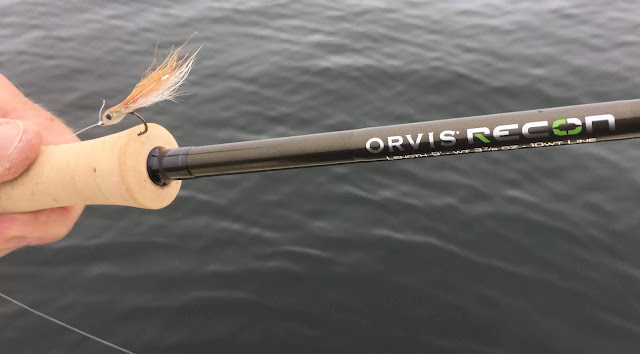 Today I broke out my ne Orvis Recon 9ft 10 wt and after throwing it today I may have found my go-to rod. I have the Recon in 7'10" 10wt, but I found that rod is slower and a little more of a dry fly rod. I'm not judging it it was just my feelings after an outing or two with it. I will be using it more this fall.

With things slow in the fog on this side of the pond I ventured in the eventual pea soup across to usual albie spots. I got turned around for a bit trying to focus on my GPS arrow and luckily found Romer Light. On the other side it was quiet, and visibility was even less than before. I found the bait just no fish up in the few hundred feet I could see around the boat. 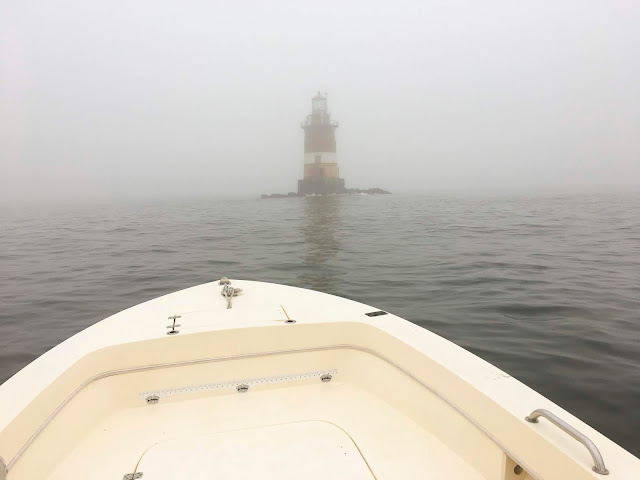 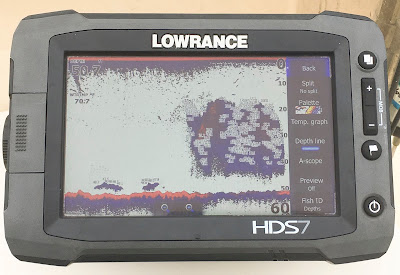 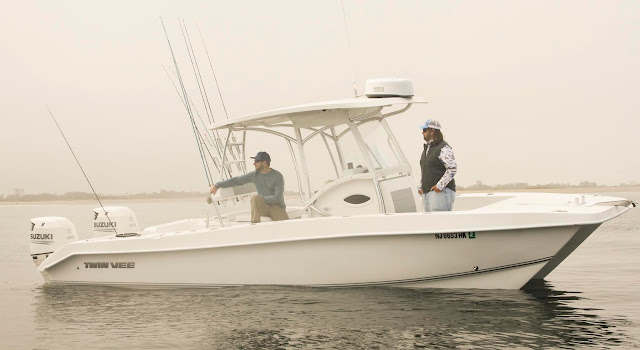 I ran into Ian and it was the first time I saw his new boat. It is nice, bigger, faster, twin screws, built for fish near and kinda far. After slicing through the fog and stopping for a "well what do you think" chat I left the boys and headed to the back. Once there I found birds up and fish crashing bait. It was bluebird skies and it was fun casting to the 20 inch bluefish. Ian gave me a heads-up by text 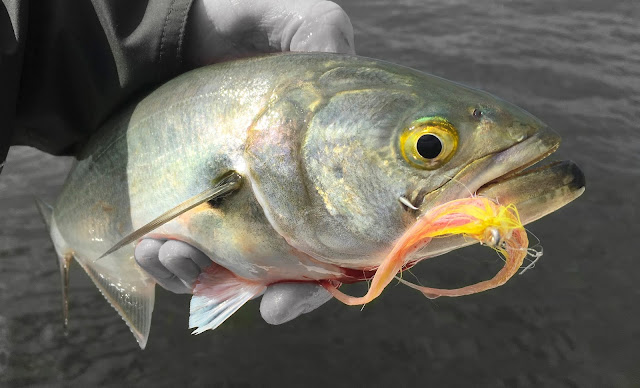 So I ran and just as I got a few miles from them I spotted a fog line that was moving its way up the coast and was closing in on them. I knew I just had to turn around and head it. The fog came and they said it shut things down or at least they couldn't see them anymore. They had already had their fun landing a bunch before the fog rolled in.

Around 430 I gave him a shout and they were still out their and had found the little tunny again. No more fog, flat, fish up......well deserved for sticking through and putting in a long day.

Posted by The Average Angler at 6:20 PM