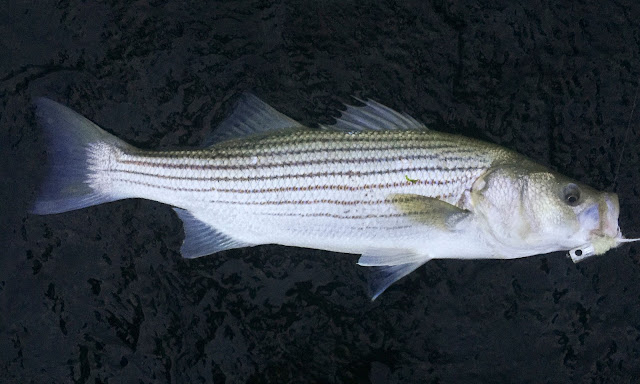 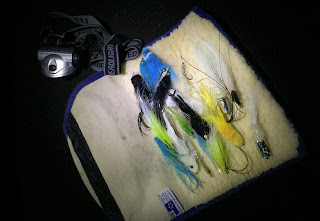 As soon as I got out of my truck I changed flies. The wing was from the SW and I couldn't hear the surf so I knew it would be flat. There was enough light shortly after the high tide at 510 am to see the popper popping, but after 100 casts I knew it was be a slow day. Slack lasted until sunrise, well it was overcast, and still nothing was doing. I moved from the beach to the rocks and had a few blowups, a few the same fish that couldn't get it right and get hooked. I eventually got him, and found a flat rock near the groin tip to land him. Other than one other smaller fish before I left was it.

I had to stop by the hospital and after I just had to know what it was looking with the tide on the ebb. I took a ride to long stretch of beach with a decent pocket forming after the storms and had more bait heading south down the beach that the cocktail blues were on. The water was flat, and there was hardly any wind and it just looked boring, especially with bait just swimming by.

I'll be away from the water for a few days and it looks like its good timing. I wish I could fish tomorrow morning because I feel this blow will end the mullet run. It started late and will end quickly. However, the first day of a blow always fishes well. The best thing about this weather is how it's gonna carve up our beaches in New Jersey. 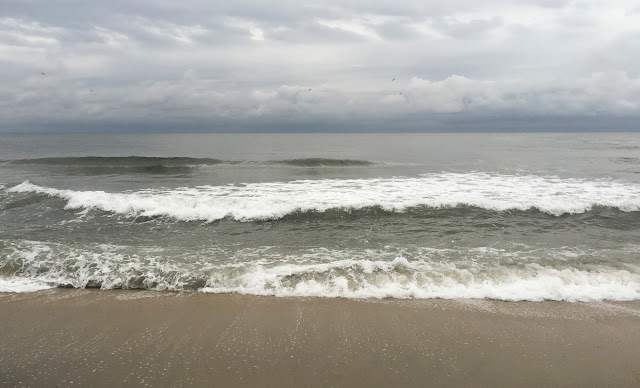 Posted by The Average Angler at 11:02 AM