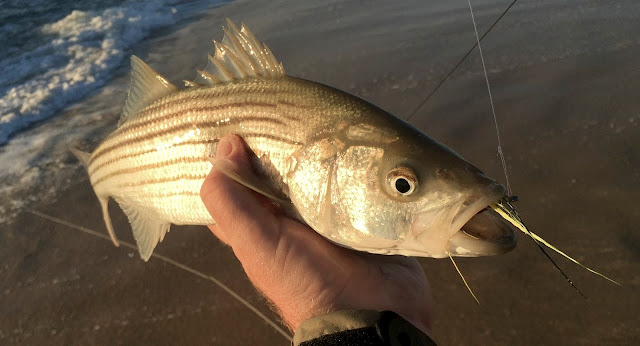 Was on the beat before 5 a.m. I was scheduled to work today at 7, but just before 5 I received a text from work saying I had been cancelled as most likely the back-to-school census hasn't increased just yet. So many anglers do the before work fishing routine so I figured I would see how it worked. I had my scrubs in the car and planned on fishing Long Branch with just enough time to spare to do a quick outfit change before swiping in.
It was a little sporty out there with the N wind and the lots of waves crashing on the beach with a right to left sweep. I picked two points and did a typewriter approach, casting down as I worked north to south. At my starting point I had a few bites, and figured they were snappers, but landed the below nice fish in the dark in the trough. 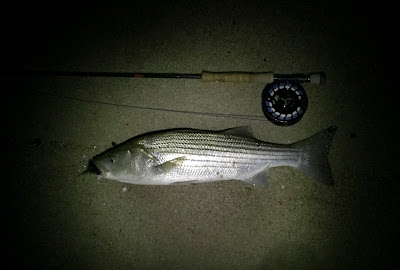 As light appeared I went with the popper and was confident it would produce even in the bigger water and quick sets. But it didn't move a fish. I walked up the beach again and switched over to a sinking line with a Deceiver and the fish at the top blew up on it before getting hooked. 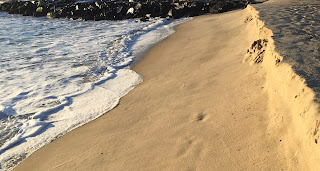 At 723 the allies showed up for a minute, and I decided to head south to the inlet to see if they were inside or just outside as the bait moved with the ebb tide. On my way down the strong scent of burning wood wafted through the air and I discovered this house fire on 4th Ave in Bradley Beach. Luckily everyone in the few houses that were involved got out safely. That fire came in around the time I would have been going down that street if I decided to fish Bradley. From what I hear a jogger discovered the fire and alerted the residents inside. That's a job well done. 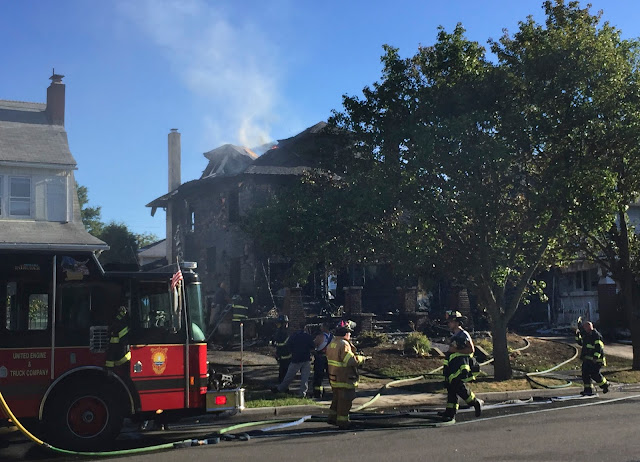 At the inlet things were quiet. Didn't see much for bait or anything on them. I threw some flies out and hit a few groins just because the conditions were so right. Water was clear and clean with lots of white water. We won't turn the clocks back until November 3rd which is a shame because that early first light is just the best time to be on the beach in the fall. Hopefully the water will cool off and we'll see the mullet soon. It's almost Snake Fly time of year. 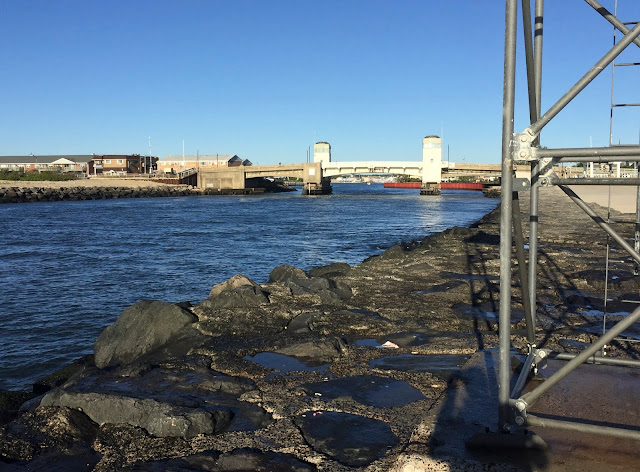 Posted by The Average Angler at 10:37 AM