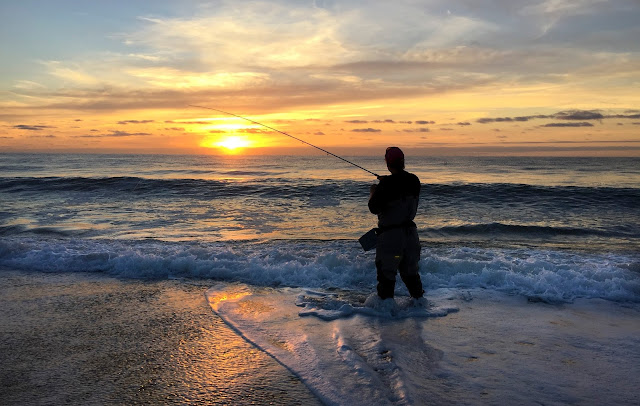 So I got down a little after five, midway through the flood tide. It was nice at first, especially when the light came. Had the familiar pleasure of sharing the beach with Leif and Richie. It may look calm in the pictures, but it was like combat fishing especially when ending around the high tide. Waves crashing right in the trough with quick sets that made casting behind the waves difficult. The water was so big if the waves didn't get you then the water running down the beach scarp did. Early on Lief hooked and landed one and I had one come unbuttoned on a black SF Blend baitfish. I stayed with it 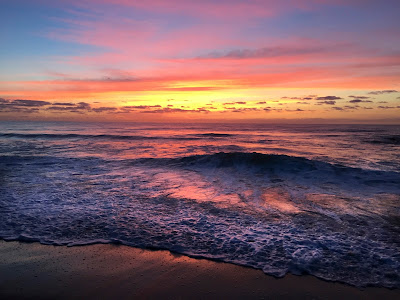 until light then went over to a white Snake Fly. I had the 250 grain sinking line on just to cut the waves but then switched to the intermediate just to ensure the fly was swimming in the upper third of the water column. I got no love with that so switched over to a popper and three blow-ups without a hook-up. I wasn't getting the distance with lighter line and the popper, so I was inching my way down to get the fly just over the breaking waves. I saw it coming and it came, the wave that is, breaking 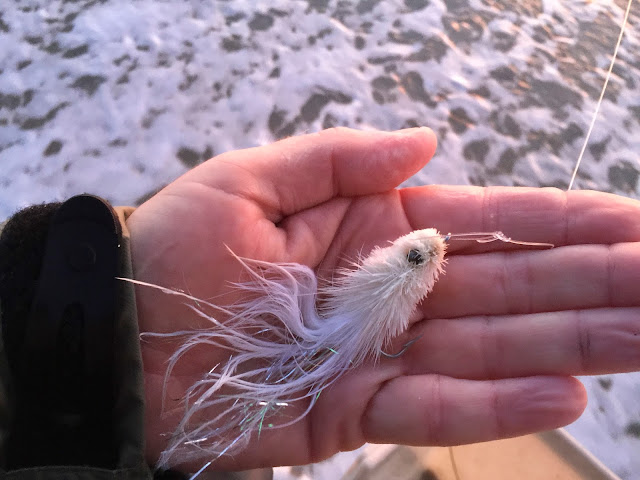 right on my ankles I went down like a horse with such force my fly rod slipped from my grasp and slid down into the trough. Just like that it was gone. As I stood there dripping I watched for any sign, and then I saw the blue fly line run up the beach scarp. I ran and grabbed it and retrieved my rod, hand over hand to make sure it didn't snap from a breaking wave.
I gave the rocks a try before the highest of waters but the assault from the jetty flies was too much, they did disperse when the water started breaking from both sides of the groin. 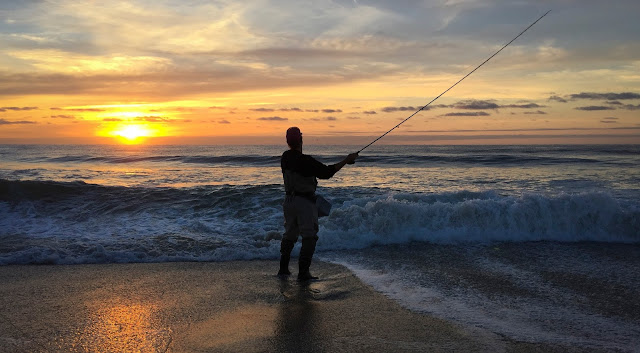 In the next days things should be better. Didn't see a lot of bait but I did see fish caught and active in the wash. I little bit less water would be nice, just wish I was catching the outgoing mid tide just as light arrives. Still a great morning...and glad to have my rod back.
Posted by The Average Angler at 11:51 AM