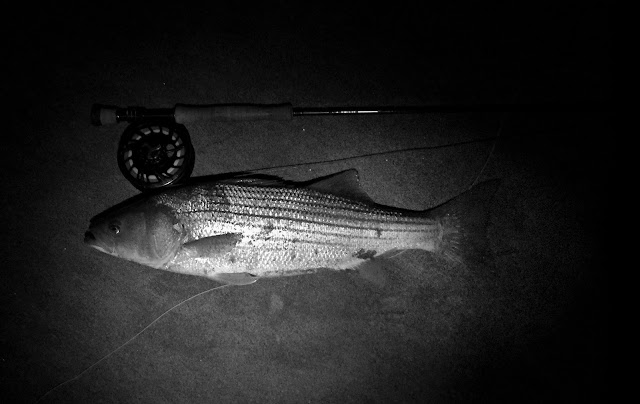 I'll try and keep this short. After yesterday's disappointing success with the albies I couldn't resist getting up at 430 am and looking for my favorite fish. I knew it was the outgoing tide and the "new" beaches are totally screwed up and finding water isn't easy. The troughs are there, the cuts in the bar aren't. Now water has to exit somewhere, yes, but it tends to roll up the beach scarp and then over the bar. So the trough remains, somewhat, but the fish aren't stupid enough to stay and get trapped. So, you gotta get it right at the right time, and it doesn't last very long.

Second cast, good fish, real good fish, straightened out my Diachi hook. Not totally straight but bent it enough to come unbuttoned. Next spot, because it seems every morning is one and done. A few casts, boom, 30" inch fish. Surprisingly I went right back and landed the above fish. That was it 2 for 3, and all good fish. And it was over.

The next paragraph is a public service announcement. Someone, most likely me, will drown this fall. Why? Because we will be tempted, like the guys that walk the bars at Island Beach State Park, to walk out onto the bar till the very edge. Why? Because that's where the fish are depending on the tide. Sand eels will be out there and so will the bass. BE CAREFUL!! It's not worth it. 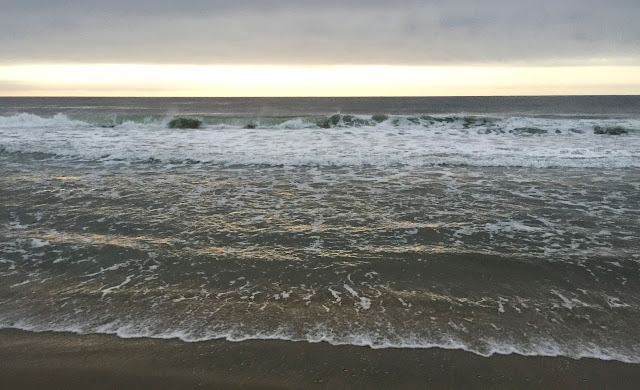 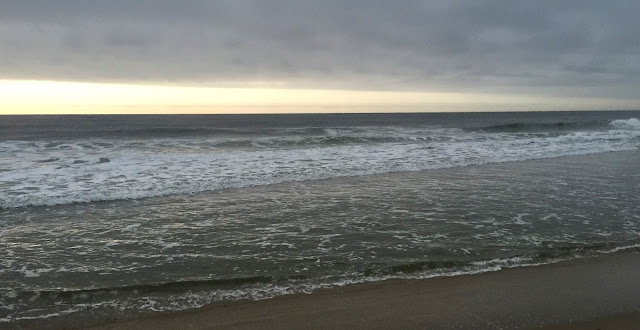 I decided to walk out on the bar until the edge just to see how it felt. On the outgoing it felt fine, gotta watch the tides and wind. It's fishy, but tricky. 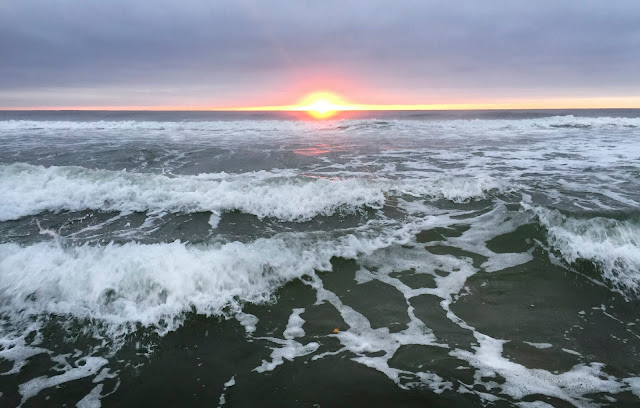 So.....7 o'clock and I'm done. I have two kids that have to go to school and papers to write.....but those albies. So my enabling wife says she'll take the kids to school......so, later. I had the boat in the water by 8, even after oiling and fueling it up. And, I am glad I checked the oil.....as there was only a few ounces left! I was around front shortly after the tide starting to move. Some birds a few fish breaking, saw one alibi, a small one. I had no shots and that made me feel like I didn't blow anything.

I saw this guy in a kayak moving in but they never materialized for him. I root for anglers like that that push the limits to catch. Kayaking, not for me, but to each his own. If you cast into birds....one day you'll catch one. And it sucks. These guys did just that. It happens. Didn't see as many boats out today, but did run into Paul Eidman from Reel Therapy with a sport out looking for the albies. 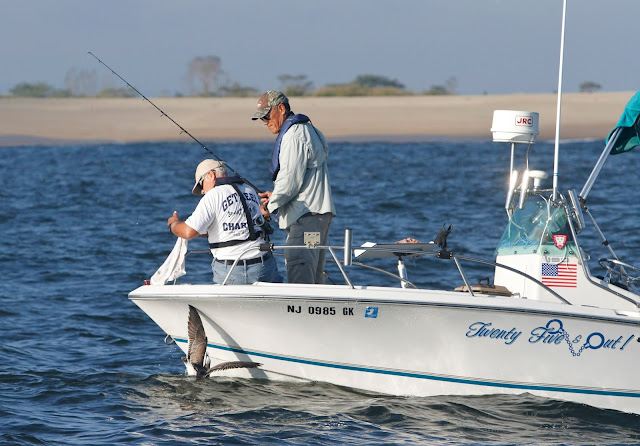 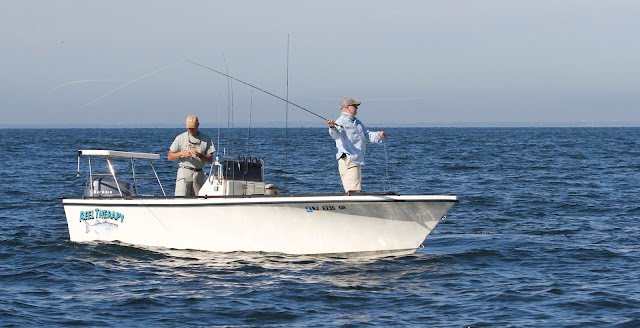 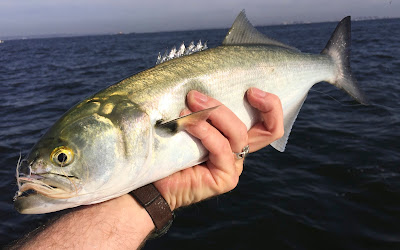 I found the birds over the next few hours. Only small blues chasing bait down the beach. What was the best sight of the day was below, as huge schools of peanut bunker had made their way out of the bay. Splashing around....nothing on them......yet! 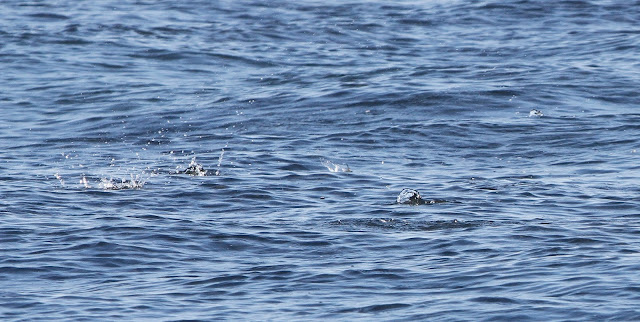 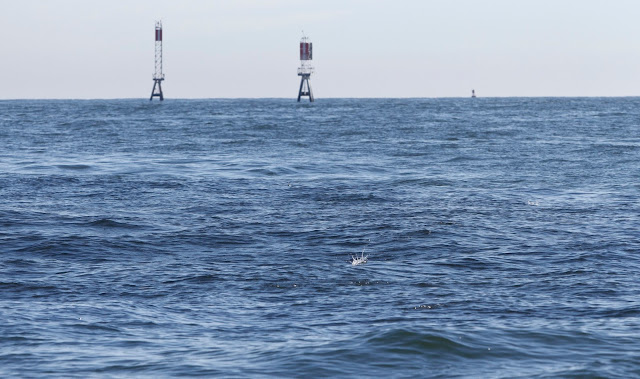 Posted by The Average Angler at 1:28 PM