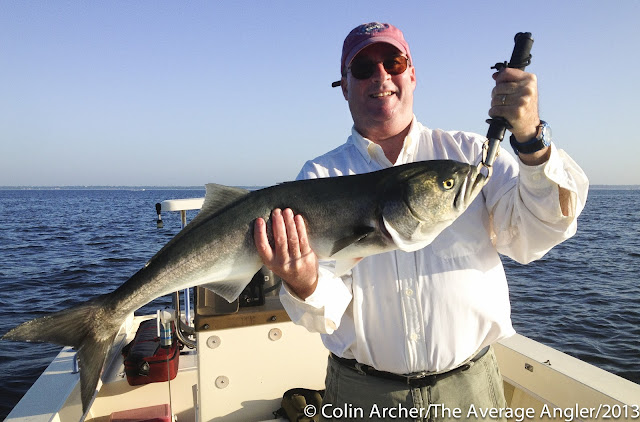 Had the Walker boys out today for a great day on the water. On the water by 6 a.m. and got to a spot and had a fish on within a dozen casts. Bluefish were what Dagon (the fish god) served up today. Great topwater action with lightning fast follows and explosive strikes.  We had a few interesting things 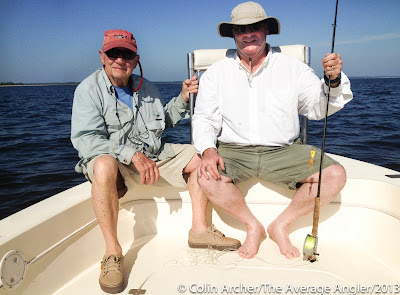 happen today. Had a hook impaled in Mike's finger which we had to knock the barb down and reverse out.....ouch! Then right after we set up on a new spot I heard a few yells......which got my attention. I thought it could be a big fish yell.....like...."Hey, I'm being dragged on my yak behind a big blue or black drum." Well, then we heard a whistle. Two sounds. Not three short-three long, the S.O.S. signal. So I told my guys to pull up because I wanted to play it safe and check out if the people were okay.
As we approached we found one kayaker in his sit on top, and one sit inside kayaker in the water holding on to his flipped and submerged kayak better than a half a mile off Keansburg. He was spent, but luckily had a life jacket on. Mike, on my boat, got hold of the kayak and we pulled it up across the gunnels emptying the water as we pulled it up.
After a little rest and getting the kayaker back into his vessel the two started slowly paddling back to the beach. After a bit we looked back to check on their progress and make sure they were not in harms way. I don't know kayaking but I learned a few things today-

1) It was his first time in a kayak and it was a little sporty out there, and they were a ways out

2) I don't know if a sit inside kayak is appropriate for the bay, it was a bear trying to get the water out of it. First trying in the water, and then lifting the kayak out across the boat

3) Life jackets are no joke! Good thing he had one on.

4) Kudos to the kayaker that had a whistle, I heard it. But, he should have sounded the S.OS. signal

5) It takes teamwork in trying to assist anyone in distress in the water, good job to Mike on my boat for helping the guy out big time.

6) Always take a picture- it makes the story better, and makes for a great blog post. 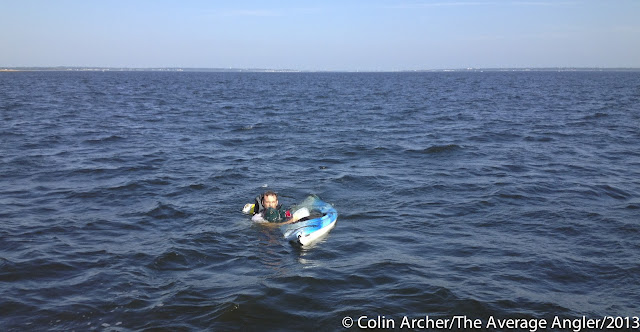 After that we jumped the bay looking for some striped bass. A few drifts across the shoal and the rip didn't produce anything....except another bluefish. It was a great out early in early day. My favorite part, besides assisting the guy, was listening to father and son reminisce about their fishing adventures 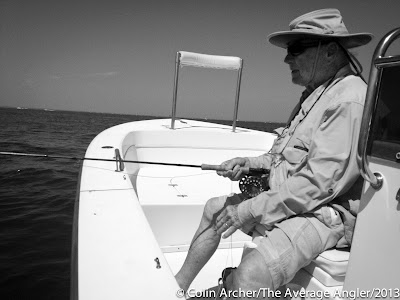 over the years. I got to hear about Al's first striped bass caught, I think, in August of 1956. I heard from Mike about all the times that Al hooked a fish only to have him hand the rod over to his son to finish the job. Today, Mike was the hot hand, with the fish's mouth welded shut when they would see Al's fly. At one point Mike hooked up and said, "Here, Dad, you take this one", as he handed the rod over to him.

They say all things in life come full circle.


Posted by The Average Angler at 7:16 PM