It was about as cool as you could get. I had a morning and afternoon bass chasing sessions, but I'll start with tonight. Make a long story short. Things have been on the slow side. That's been for the surf and boat guys. We've all been waiting, and hoping, that "new" fish would move in. Well, some of them are here, and they are dandies.
I got out to where I wanted to be around 3 pm. There were a few boats out with most snagging bunker and live lining. I made some drifts finding more bait on the screen that fish. I moved out and found more bunker, but now cocktail blues were on them. I stayed with them hoping some bass would pop up underneath. For kicks I threw on a popper and caught a few before moving on. 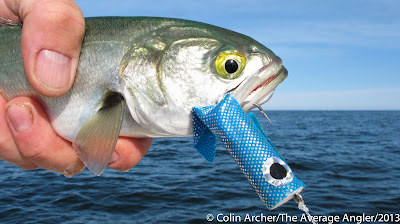 I started my slow ride home around 530 and stopped when I got to a bunch of boats milling about. Off in the distance was a single boat and as I looked I saw disturbances in the water. I thought it was an empty treble hook retrieve, the kind of wake you see often off the groins when guys are snagging and dropping. I made my slow way over and about halfway the ocean surface erupted. These were bass, big bass, and a lot of them. As I neared I grabbed my camera and made one image, the one above. It doesn't do what I saw tonight any justice.
Sadly, not only did I see it but so did the dozen boats that were close, and the other handful in the area. Soon enough the fish were put down. They did come up close to me one more time. I had two casts at them....and they were gone. It was over just like that. Over for me with the fly rod, but several boats caught fish all of them live lining bunker.

The morning session started at 5 am. I was just about to end of the rocks working when another
angler, Eric, came out and asked if he could have the end. He made a handful of casts and brought to hand a beauty of a fish. It was that moment when I took his picture that I decided to get out this evening and I glad I did. 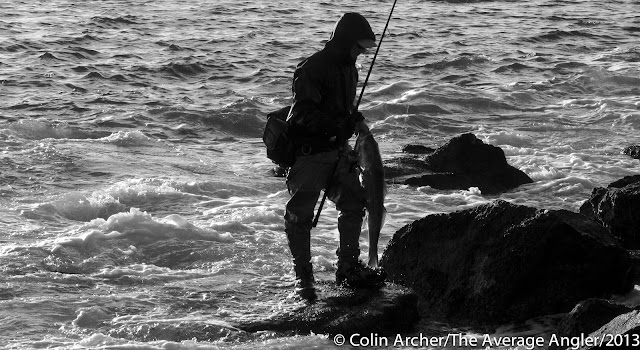 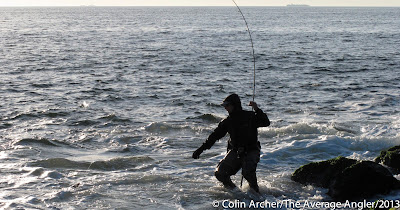 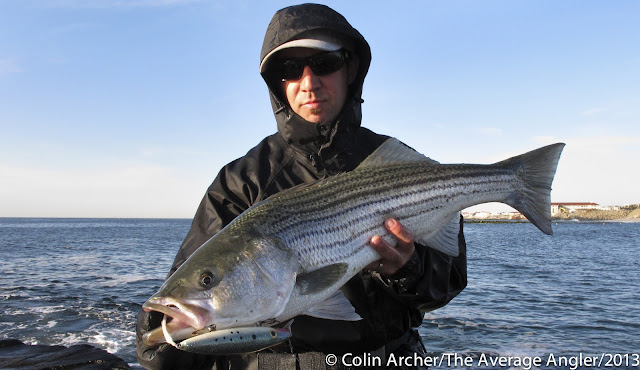 On my way to a different groin I spotted this almost brand new lure on the sand. It was similar to the one Eric had used. Was this a sign from the fishing gods? Should I buy a spinning rod and get in on the action and fun? Not a chance, just yet. 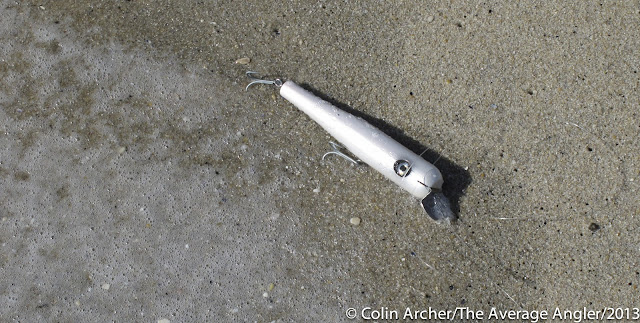 Posted by The Average Angler at 10:23 PM