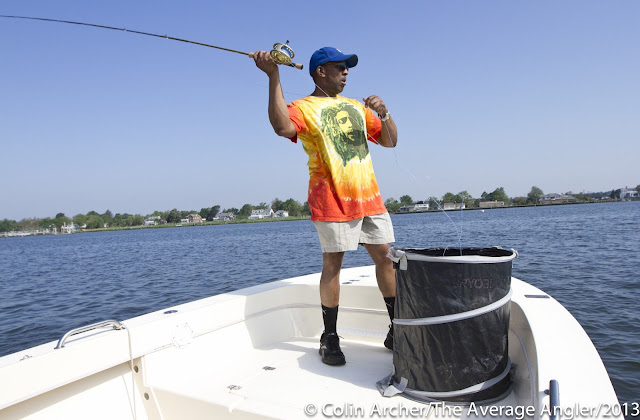 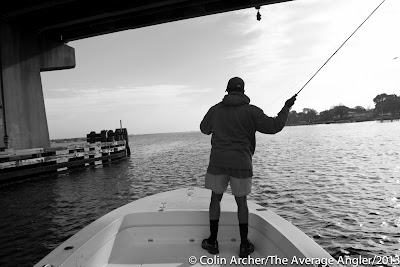 Had a great day today fishing with two great guys. In the morning I had Bill down from New York for a walk and wade trip on the beach. Since things have been slow, and this mornings tide was just wrong, we decided to start in the boat and go from there. Not 200 feet from the ramp we had small blues chasing spearing around on top. After one we moved into the bigger river for a shot at some gator blues. We fished hard teasing them and following it with a Banger, which they didn't like, and a Deceiver, which they did bite on. Kind of like a trout report, we hooked a few, flossed a few, and just plain missed a few.
After grabbing lunch at Richards in Long Branch we hit the rocks and went to work on the incoming tide. Incoming tide, S-SE wind, fishing the south side- we knew we were going to get wet. And we did. Bill worked hard and we put a Helios in his hand with a Depth Charge line looking to pick a striper from out of the rocks, or just off the ledge.
We took a break and ate lunch and then caught the last hour of the incoming. Bigger water, lots of white water, just prime. He did bring a fine fluke to hand, and had a bluefish in the morning, so we just needed that striper for a Grand Slam. We started mid groin and worked our way back to the beach as the waves were crashing at our feet. In the end the we didn't get the striper but we had a great day in the back and on the rocks. 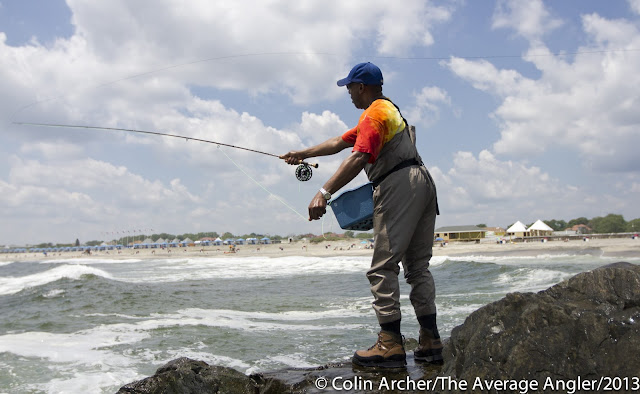 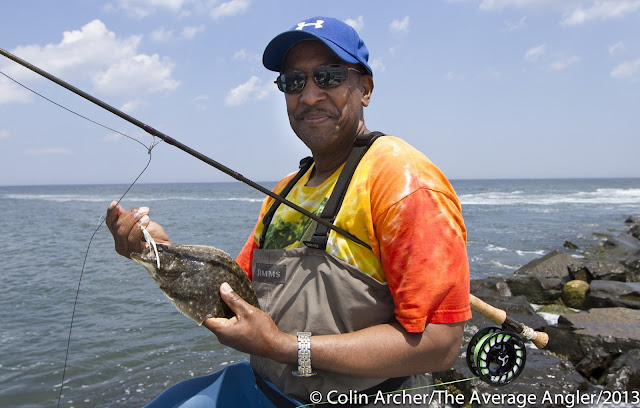 In the late afternoon I had Rich on the boat for a go at some twilight stripers. We checked the weather and the wind was SE 15-20 with some possible rain and thunderstorms in the distance. We decided to give it a go and head north. As we made our way out of the river the dark clouds approached, thinder rattled, lightning turned on, and the rains came. Luckily we blew through it and had all the weather just south of us all evening.
We went looking for bunker, but didn't see much high or low. There were birds working in New York water so we stopped and had our fill of cocktail blues taking flies. We were still looking for bass and did a big bay circle without finding anything. We gave out front a quick look before heading in, but it wasn't over. 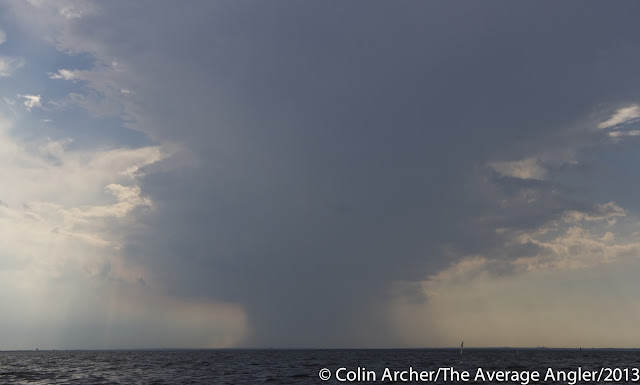 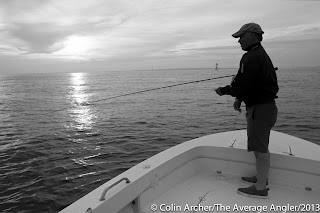 As the sun set we made our way into the river and as we motored up I saw fish breaking in the outgoing rip along the shore. It was classic small bait emptying out on the outgoing tide with predator fish lying in wait. We hit the brakes and made drift after drift after drift, with most times us connecting on bluefish taking things on top and underneath. I knew there were bass in the bunch and a cast out of the blues and to the shallows produced a nice bass that blew up on a popper. We stayed into dark and called it a night as the bite slowed down. It was a great evening and luckily we got it in and were able to skirt around the weather. 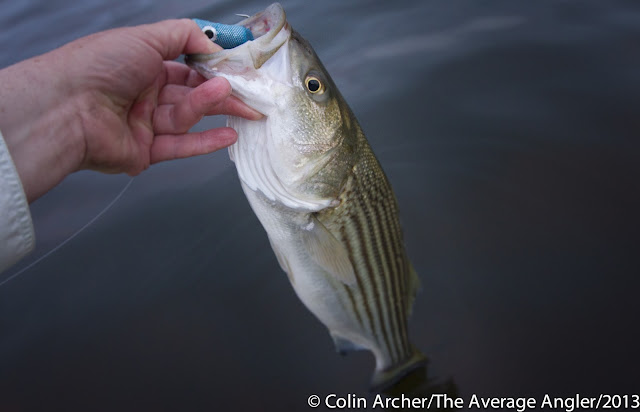 Posted by The Average Angler at 11:13 PM