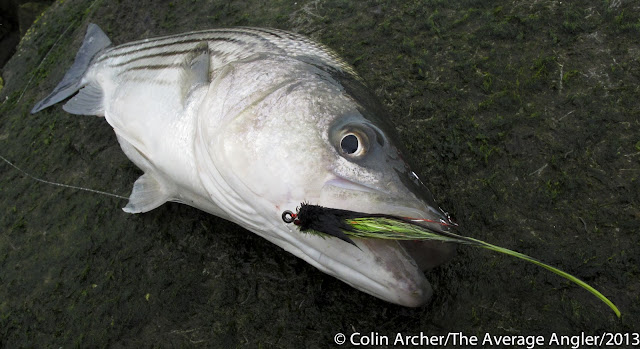 After nearly a week of running the boat is was nice today to be standing on the rocks, even if the wind was blowing hard from the south and it was the end of the ebb. Had the rocks all to myself and picked a few spots that held water and went one for two on the bass. It was nice to finally hold a striper, since it's been all bluefish lately. 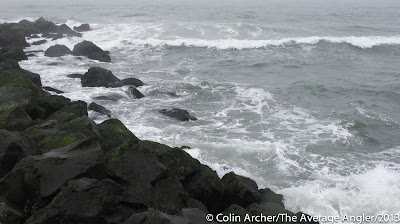 Last week Jimmy gave me a large scale that I put in my truck and did nothing with. Over the heat wave it curled and shrunk and I just threw it out. Today, while on the rocks, and then walking to my truck, I found a ton more. These are big scales, off of a big fish, or fishes. I put them up against my reel for sizing. When I got home I sent these pics to Russ Allen from the NJ Division of Fish and Wildlife. He rules out big striped bass and thought it might have belonged to a black drum. There have been several large black drum caught up in the Raritan Bay as of late so it could be that. 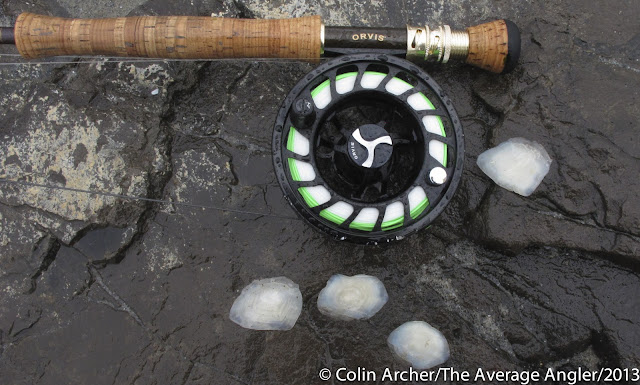 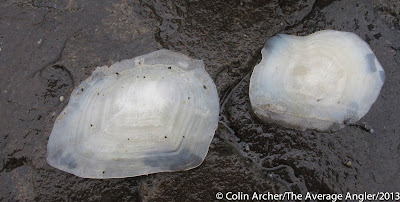 SCALE UPDATE- A few days after I made this post fly rodder Joe sent me the below picture for scale clarification. This definitely confirms our guess. 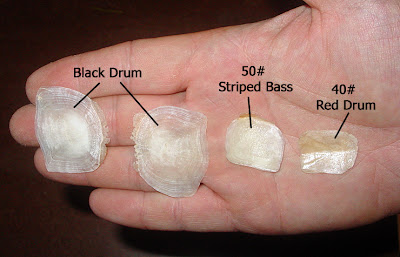 And, my wader woes continue. Over the winter I contacted Orvis about having problems getting my felt bottom Silver Label Bootfoots waders replaced. In the end they sent me a new pair of the Riverguard Silver Label Bogs Bootfoot Waders with the Eco-Trax Soles. I broke them out on my walk and wade trip with Dmitri on May 13th- and today they are going back. On Saturday while putting them on my foot went in, my hands pulled up, and the seam around the boots gave wave and tore up the seam on the leg. I called for a repair number, took out the screws, installed them in a pair of the Silver Label felt soled bootfoots, and dropped the other pait off at UPS to send to Orvis. I need a quick turn around and wrote a letter and let the customer service person know. I'll let you know when I get them back. 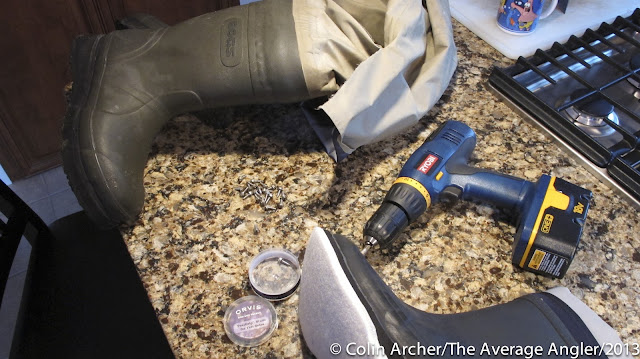 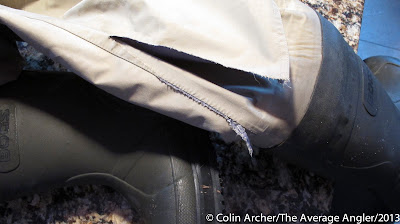 Posted by The Average Angler at 5:08 PM