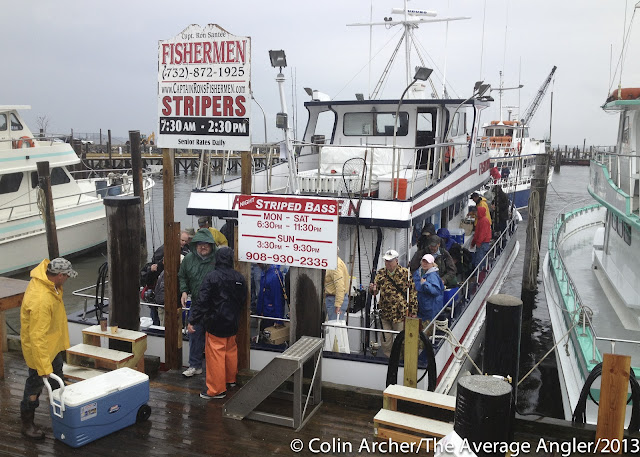 For me, going to the marinas and watching the head boats coming in or going to watch blitzes on the beach is like stopping to see a bad accident. You really don't want to see it, but part of you does, and usually you regret it in the end. I am not getting tree-huggy nor am I comparing fish to people. All I am saying is that I should know better than to think that I would see anything different than what I saw. Several striper trip boats coming in with boatloads of happy anglers carrying heavy, sometimes very heavy, coolers.
What my trip did was reaffirm my amazement that the striped bass population continues and the species survives. Atlantic Highlands is one marina, in Monmouth County, on the Jersey Shore, in the state of New Jersey, on the Atlantic Coast. Boy do these fish get hammered, and harvested. Just think of the pressure they got down south, then up along New Jersey, staging in the Raritan Bay, the all haven't gone up the Hudson, then they come down, summer near the Cape, then come back through this again?

Moratorium, can you say moratorium boys? This fishery will shut down in a few years. There aren't many small fish. The big ones are still being taken no matter how many messages are sent out regarding protecting the breeding fish. Continue to take your two plus the bonus tags while you can.

This isn't a knock on just the head boats, but includes the small charter boats, the private boats, the kayakers, the surfcasters, the bait fisherman, the fly fisherman, everyone. It's the recreational fishery that's putting the big hurt on the striped bass. We, take three times more than the commercial fishery. That's not saying the infamous videos of dead striped bass last year in North Carolina isn't criminal. We need to just have a look in the mirror to figure out where the problem lies. 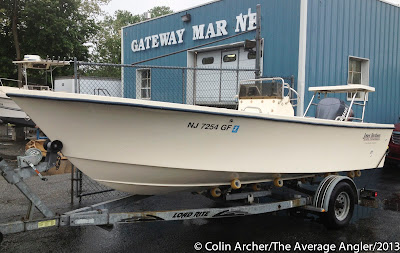