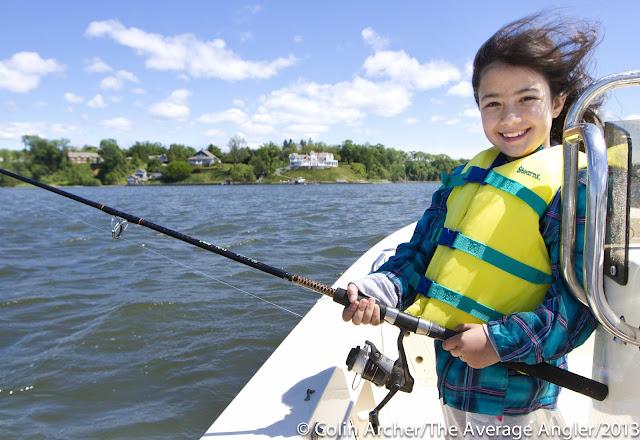 West wind honking at 25 with gusts to 30 = great time to wet the boat and take a kid fishing. It really didn't matter what the wind was doing as Erin was all smiles. We hit the Navesink looking for some stripers but after getting a bit wet on the way out we decided on some FAST drifts looking for some fluke.
After about 45 minutes our line with some chartreuse Gulp! on it went tight and it was fish on. Erin struggled to crank on the keeper sized fluke so with a little help from dad, he got it to the boat and then lost it. "Thanks dad". Some guide she thought.
On a long drift we had another hit and this time it was game on. A nice and "pretty", as Erin would say, sea robin made it's way to the surface where it was successfully netted. After a few pictures and a portrait we released the fish and made our way to the ramp.

It was a good first outing with the boat and now we're ready for this weeks trips out front. If you are interested in catching some of the river or bay action or want to hit it out front give me a call 732.261.7291. Two fly anglers for catch and release striped bass fishing runs $450 for four hours or $600 for a full day, which includes lunch. 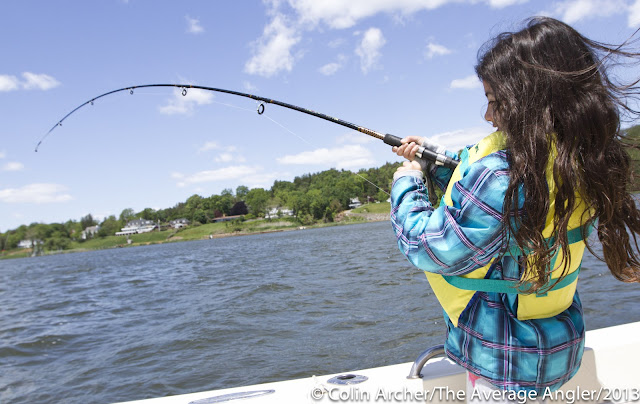 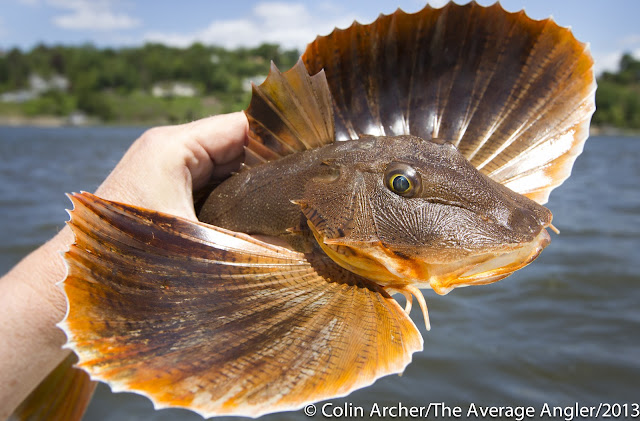 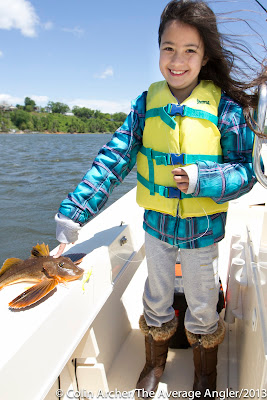 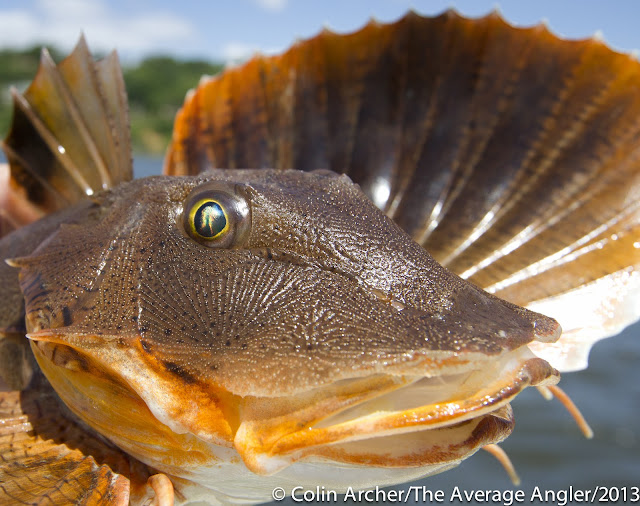 Posted by The Average Angler at 5:42 PM