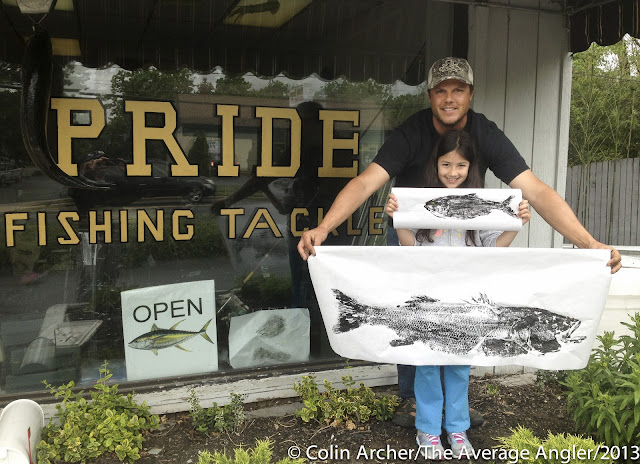 Case in point. I started out early this morning in the 43 degree air making my way out to the end of the rocks....and then.....it was time to retreat quickly back across the rocks, drive through a few towns, to make it home just in time......if you know what I mean. My fishing was done for the day.
After getting straight at home I asked my daughter if she wanted to hang with me this morning as I had a bunch of Red Bank area errands to run. It was WaWa, Bagel Oven, and a stop at Pride Fishing Tackle on West Front Street. I really had nothing in mind that I needed to buy, but it would be nice to pop in and see how Max and the boys were doing. My daughter brought her bagel and milk in the store and we set her up at the counter while Max and I caught up. 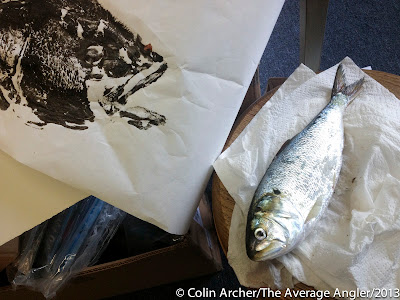 Between customers Erin and I browsed the store and she was intrigued with the art work that was on the walls and out drying on a table near the front window. Max came over and explained to Erin what it was and asked her if she would like to try and paint one. He had me get a few menhaden from the cooler in his car and I picked out a pair that were straight and "good looking bunker". Max gave Erin the basic two minute lesson and soon Erin was covering the bunker in black paint. They worked together as a team and he showed her how to press down and use a spoon to follow the outline of the fish. They both had a blast, we all did, as I enjoyed watching them interact with each other on the first one, then the next, then the next. After the third I had to pull the plug.
As the art session progressed I stood back and took it all in, and thought about this shop, fly shops- like Border Water Outfitters in Hancock, NY- and all the rest around the world. They are more than a place to buy bait or flies. They are a hub. They are a place, but places made up of people. Each angler has his or her favorite shop, and it's not because they have their favorite thing priced just right. It's about relationships. Shop owners and staffers give and get just as much as the clients and customers do. Sometimes we all do it right, other times we fall into price point traps and forget how much we get....besides things on the cheap. I remember manning the store when The Fly Hatch was in Shrewsbury during those early years when the internet was just starting. Customers came in to cast a rod or try on waders....then disappear. Others would come in looking for backing for a reel and fly line they just bought on eBay. It was the start of something bad, something very bad. In the end many shops have closed across the country because we forgot how important the people and relationships, not just the prices, are.
So it was no surprise when Max opened up his paint palette for my daughter. I heard last week a guy came in to Pride looking to shop since his friends stood him up for a fishing trip. Max made a call, got coverage for the shop, and took the guy fishing. It's these kinds of stories that should make us all support our local tackle and fly shops a little bit more. Hey, where else would my daughter have learned the Japanese art of gyotaku, or fish rubbing, on a rainy, cold and windy Saturday morning surrounded by fishing poles, plugs, bucktails, and yes....a selection of flies in the glass counter. 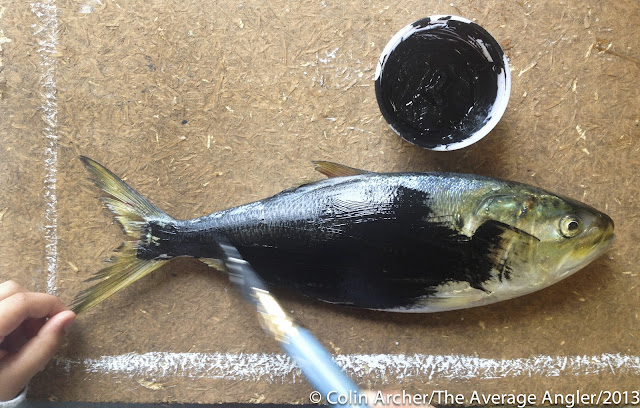 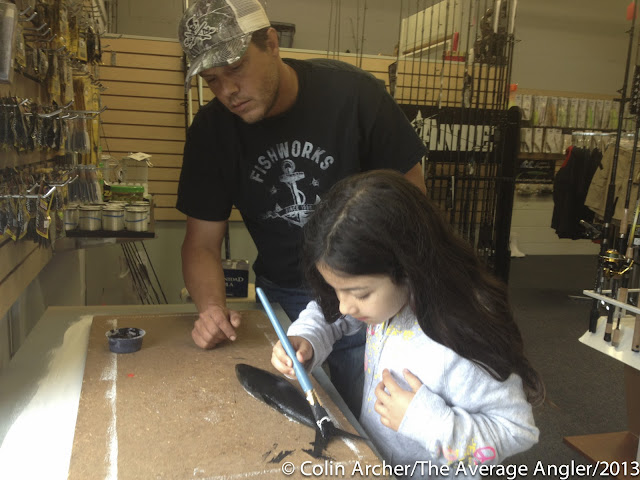 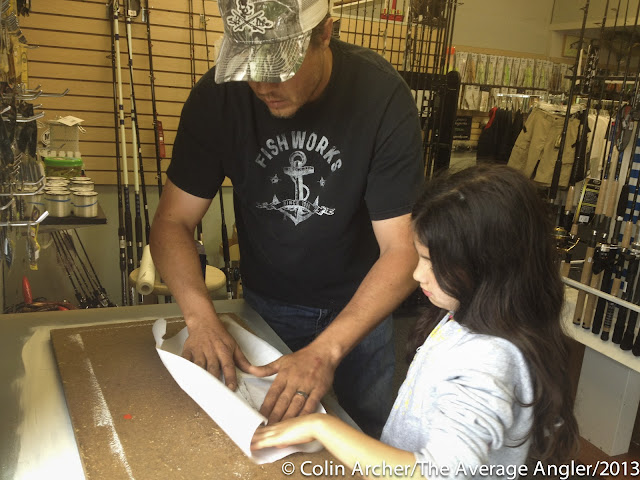 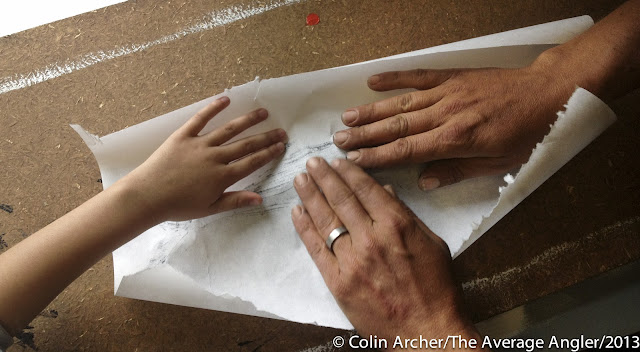 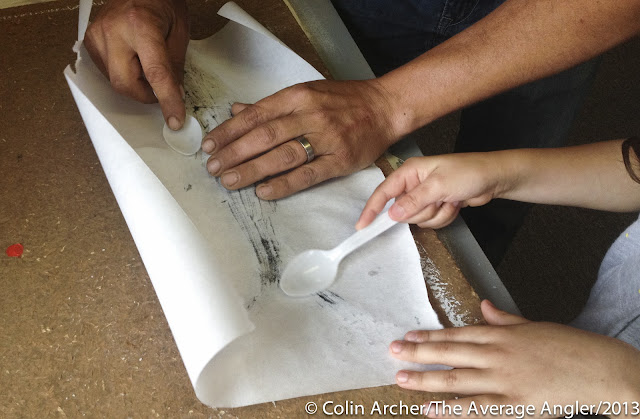 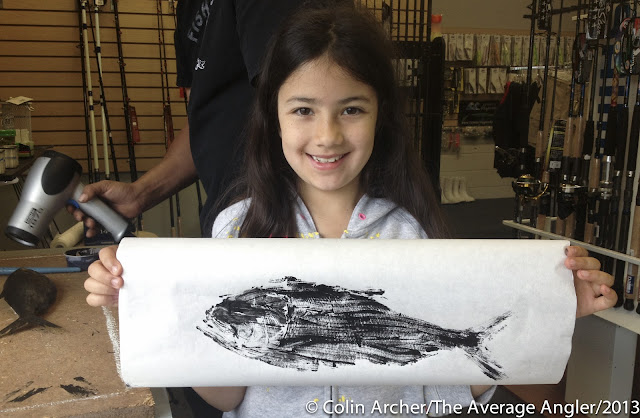