Great days on the Upper Delaware in a mix of foot and boat traffic, water conditions, rain and wind, but as always enjoyable. The first night I was able to get into town and sneak into the water and get a few brown trout that were garbage picking at the end of the day. Had two floats the first day with Vic and Bob. Had tons of wading anglers and boats that we had to navigate through to find some fish. Bob caught his first brown trout on the other boat after we switched up the party of four after a shore lunch. Vic laid down a great cast and a good drift to catch his first Delaware chub which he proudly holds below. 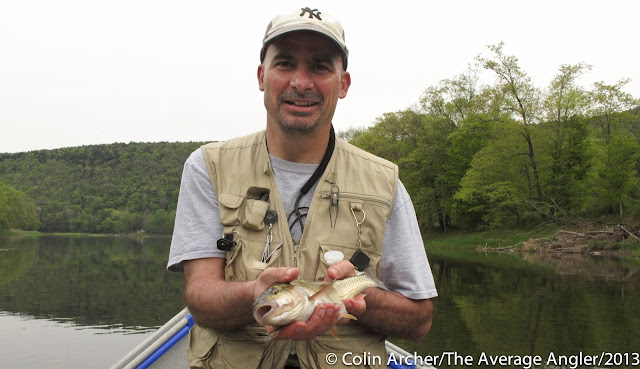 Day 2 started in the middle of the night with a heavy downpour that stopped and then started up as we met up the Orvis NYC at the Border Water Outfitters shop in Hancock. Joe D had six boats with 12 eager anglers chomping at the bit. I had the pleasure to draw Jeff and Kevin who worked hard throwing caddis to a few fish right out of the gate landing a smallmouth bass that was rising to caddis. Then they went nymphing in the rain till lunch. Jeff managed a small but pretty rainbow that took a March Brown bead head nymph (in the back).
After lunch we got serious and did lots of blind casting March Brown emergers and setting up on and flossing and breaking off a few nice fish. We had some late targets right till dark then the boys went  psycho on them and threw some meaty streamers and a mouse fly to try and drum up a big brown. Great few days, great laughs both days, and a pleasure to have hard working guys happy even though it was a tad slow and we didn't see that many bugs or rising fish.

Now back to the salt all week, till the Upper Delaware next weekend. 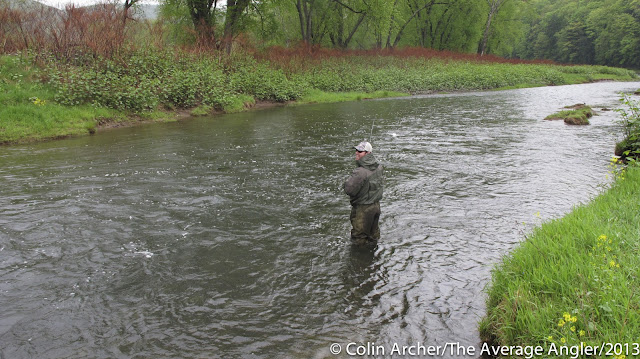 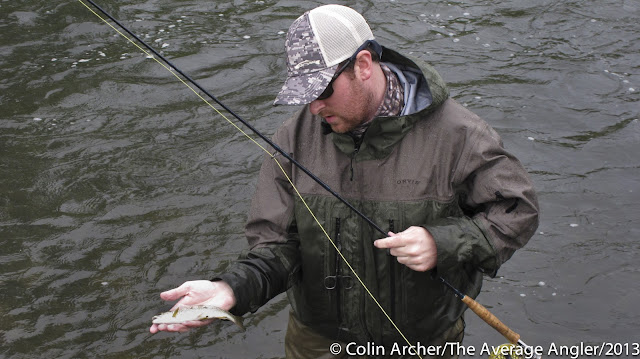 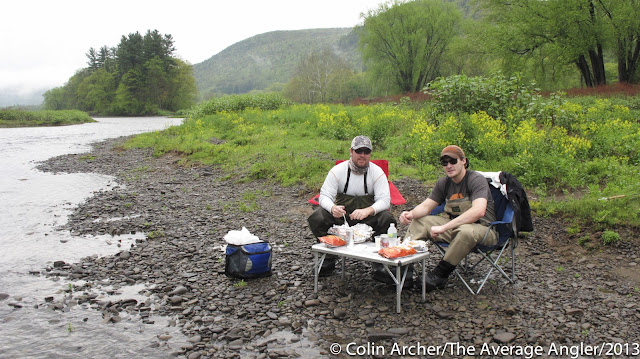 Posted by The Average Angler at 9:24 PM