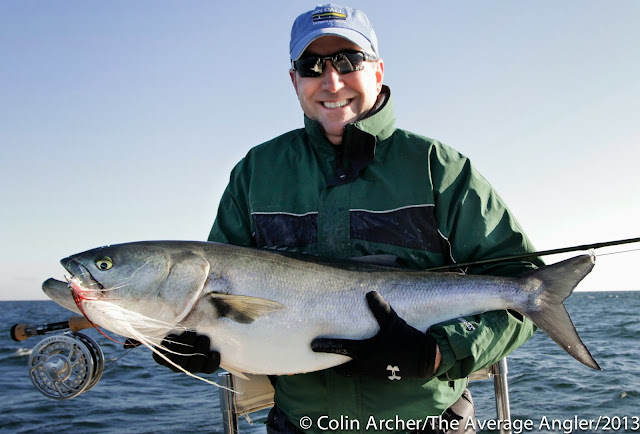 They say the BIG bluefish come around and invade the inshore waters in the fall.......why yes they do. Had Mike out today in less than perfect conditions. We were met with NW winds blowing 20-25, but, also blitzing bluefish running through bait. Went deep with a 14" bunker fly and quickly hooked up. Mike fought this beast perfectly, and for awhile, before we landed it and get a few images off before releasing it. The fish may actually have been rounder than it was long.
We put in lots of miles following the flocks of birds up and down the coast, most on sand eels, and most without the help of bass pushing up the bait from beneath. We did find a plethora of spike weakfish that eagerly took the sand eel patterns. Didn't see anything on top except for that quick up and down blitz when we first got out. It didn't matter, that above fish was a good enough one and done kind of catch. We did watch a whale swim it's way through the sand eels which was cool.
It was a great day with a great guy who hung in during tough conditions. Next time we'll pick a touch nicer of a day, and not come in until we find the bass, and get them to bite. 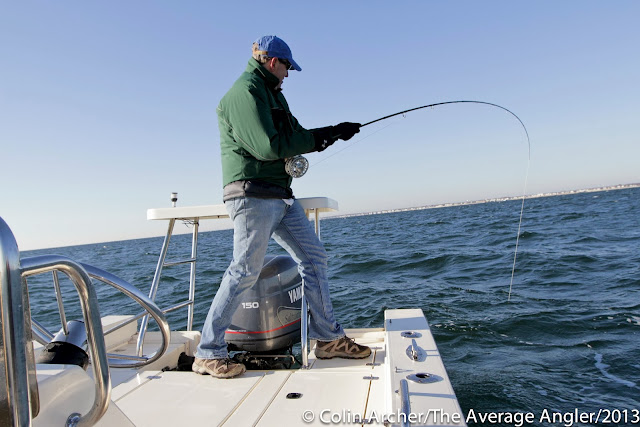 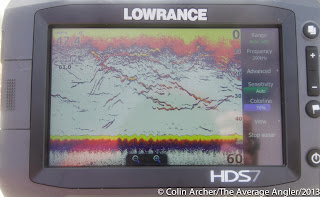 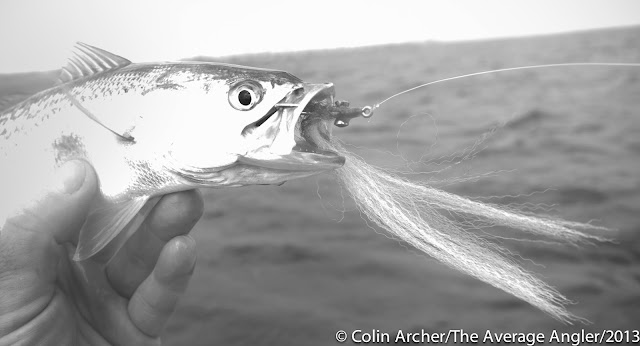 Posted by The Average Angler at 4:04 PM