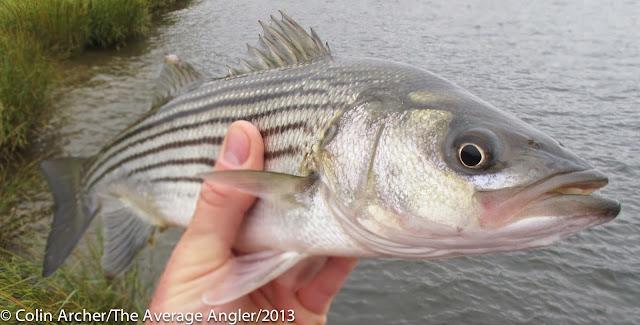 My truck developed an exhaust leak this past week so it was off to the shop. Had shorter dual pipes put in to hopefully squeak the miles per gallon way over 10 mpg, to say, 11mpg. While it was at the shop I took, well borrowed, my sons car and put in it a fly rod and stripping basket just in case. 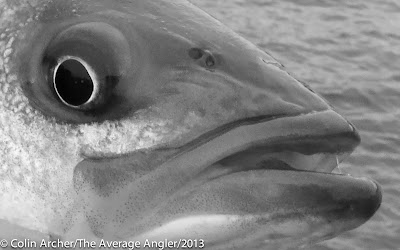 Found some fishy water and made some casts waiting for the magic "moment" of the tide. Just before that moment arrived the fly wrapped around a piling and I had to drop to down to get it. While on my belly my fly, leader, and line found some rocks on the bottom - and then I was done. I had one fly and one leader and they were gone. So I watched as others fished the perfect time of the tide.
The blues and bass were eating at one point chasing a school of adult bunker around. Spin anglers casting way out using pencils, poppers, and plugs caught a few fish. Even though outside is basically un-fishable there are opportunities elsewhere to catch fish, but the windows are small and moving to different spots on time of the tides is necessary.
I picked up my truck and it sounds like a hot rod or monster truck. I guess when you put the exhaust basically behind the back seat that will happen. But if it saves me money at the pump then it'll be worth it. 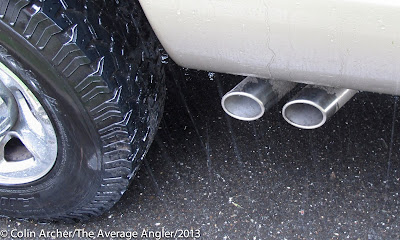 Posted by The Average Angler at 1:21 PM