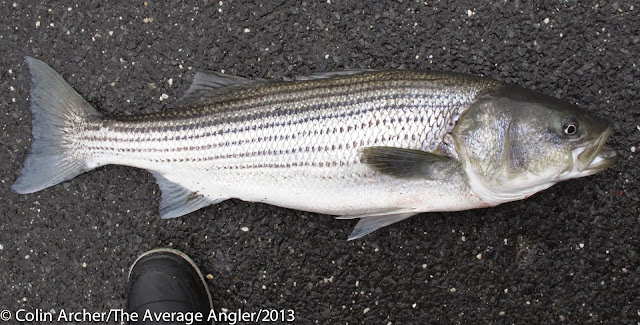 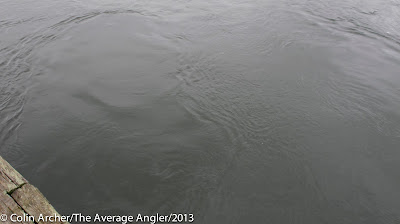 Interesting morning on the beach and and beyond. When I started it was raining and thought the rain would build as the morning wore on. Actually the rain stopped and the wind kind of shut down for a while during the early stages of the incoming tide. Tucked below a groin I had nice, but a little low, conditions for a Leif Peterson yellow school bus Snake Fly. I thought for sure.....it was just a matter on which cast. Saw some tiny micro bait swim as I dragged my larger fly through the water. The bites never came.

Headed south and off the beach where the water conditions were perfect. Moving water, clear water, and fishy water. I watched as fellow Jersey Shore TU'er Mel caught a 35" fat striped bass, that had to go 18 pounds. The fish had some serious shoulders on it. One other smaller fish was landed 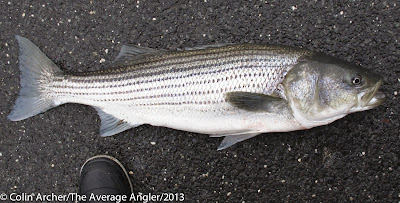 before the tide really started pouring in. Heavy sinking line mended to get it down, followed by strip feed, and a few steps before a slow two handed retrieve worked best. With the wind there was work during the cast, but the work really started after the fly hit the water. On the way back to the office I stopped to check conditions and found it as below. During a call from a friend he told me his friend was currently on the beach soaking clams in a protected pocket and had landed 5 bass.

It's a tough week to be a fly fishing guide. Two boat and a walk and wade trip had to be re-scheduled. But last night I had a great group at the Bayshore Saltwater Flyrodders meeting. I you are looking for a great group of fly anglers to hang with check out their website HERE and check out their next meeting. Home is the Raritan Bay and Sandy Hook and they meet in Middletown.

We may not be enjoying this current extended Nor'easter, but we will remember and look back on how good the fishing got after it was over. Stayed seat belted in, the ride is about to begin! 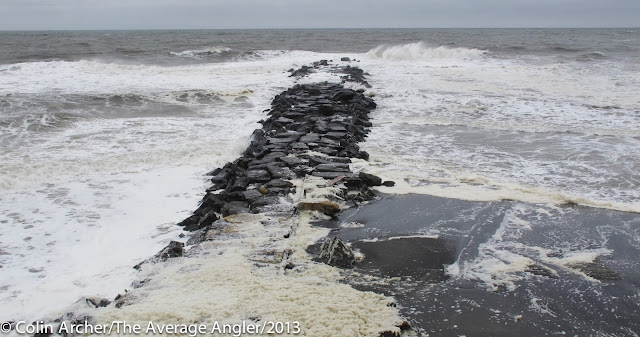 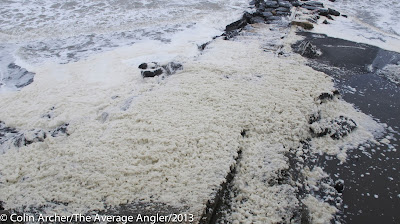 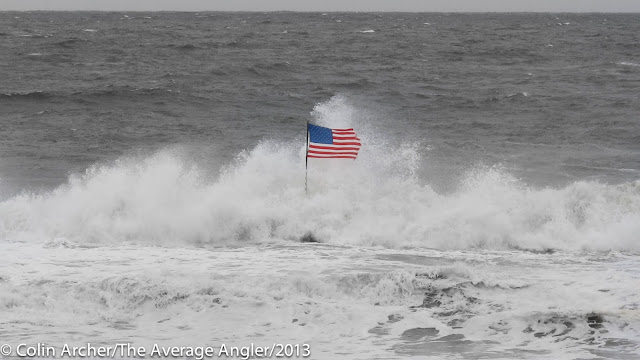 Posted by The Average Angler at 11:54 AM