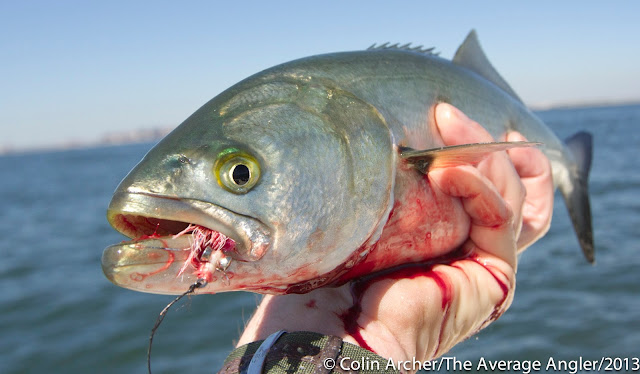 Just about everyone is in an "Are the albies here yet?" state of panic. People got to know. I tell them there's stripers on the beach and some blues around too - so if and when they pop up then they are here and hopefully you are there also. I have not seen one, and no one that I know directly has seen one, so, to me, they are not here yet.
I went out looking for them today putting some miles and hours on my boat and myself. Went out, went south and couldn't find a bird or a splash. Then I went north. Found the birds, the bait, and plenty of cookie cutter sized bluefish......about a million of them. Gators pull hard, but these cocktails are nasty. Splashing, flipping, bleeding, just plan angry. My clothes and boat looked like they belonged on an episode of some homicide show. 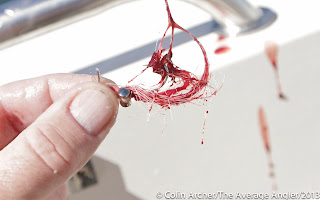 I thought for a minute that albies were blowing up here and there....BUT.....I didn't actually see one so as confident as I am that I saw some.....I'm not saying. I threw a popper, and got tens of follows and rejections. I through a Snake Fly, because the mullet were running scared, and got follows and blow outs. I finally tied on a crappy Clouser and got a bunch to take it. They were all visual takes which are the best kinds. I could have caught 3,000 of them if I wanted to dredge flies. It was like an albie primer day......birds up, bait on the surface, blues crash, then dive. It was up and down all late morning into the afternoon.
I pinch all my barbs down (unless I forget) and would advise doing it with the bluefish too. It's hard enough getting the flies out of their clenched teeth let alone there jaws. I am amazed how much they bleed even when hooked in the corner of their jaws. For all the eating they did not one spit up anything.

It was a beautiful day out there and like other days prior....bluefish saved the day! 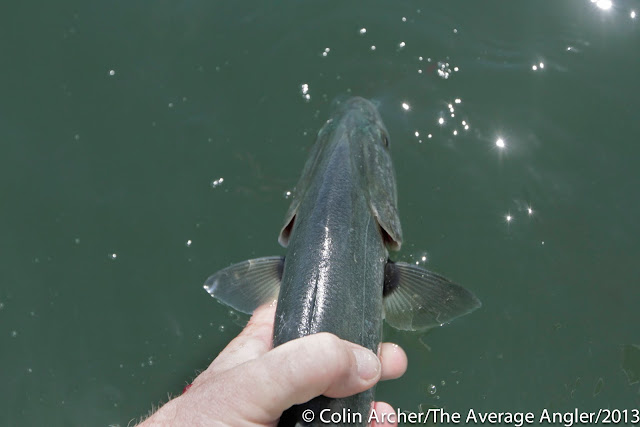 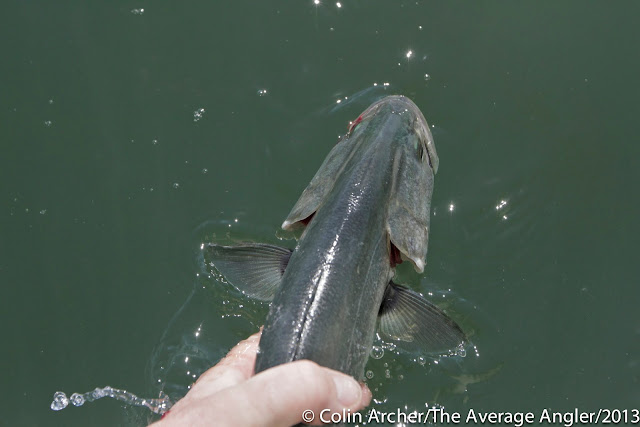 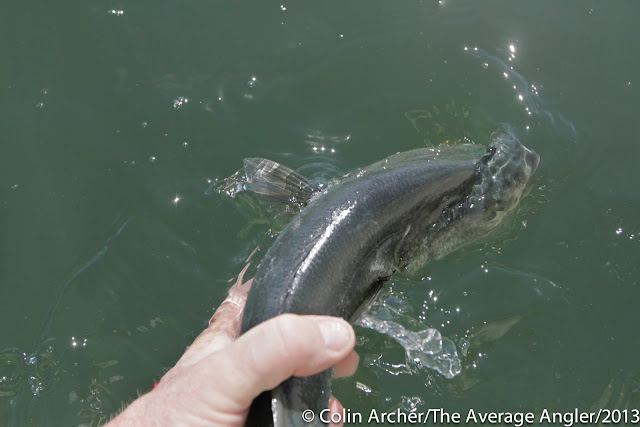 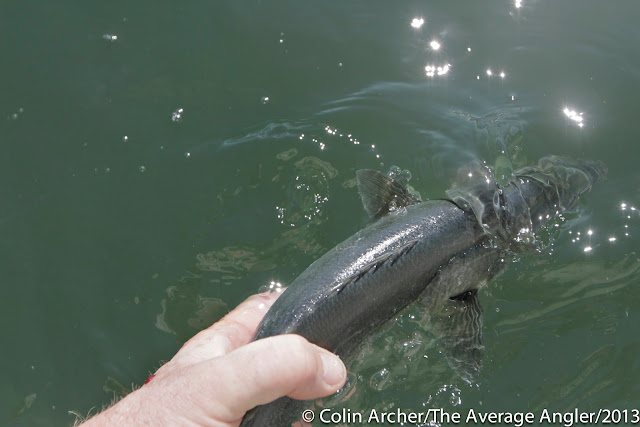 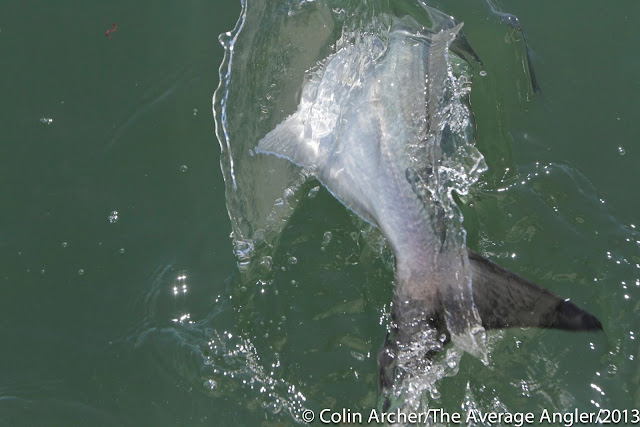 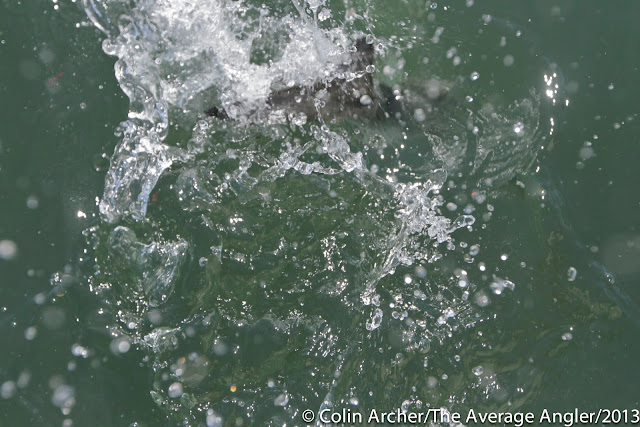 Posted by The Average Angler at 5:25 PM