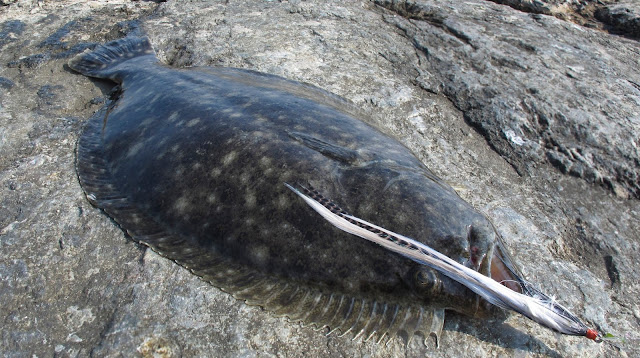 Had a great audience at the Atlantic Saltwater Flyrodders meeting last night. I spoke on fly fishing the groins along the northern Jersey Shore and touched on the current beach "nourishment" projects underway in Monmouth Beach and Sea Bright. As of now the project is broken up into four contracts, Monmouth Beach to Sea Bright, Long Branch (Seven Presidents to Lake Takanasee), Belmar to Manasquan, and Asbury Park to Avon. Although Long Branch, Deal, Allenhurst and Loch Arbor have signed on there has been no contract awarded for those towns- lets hope it doesn't happen.
Below are some images of the beach project taken yesterday September 10, 2013. Note how the beach in front of Little Monmouth and the condos is already being eaten away. 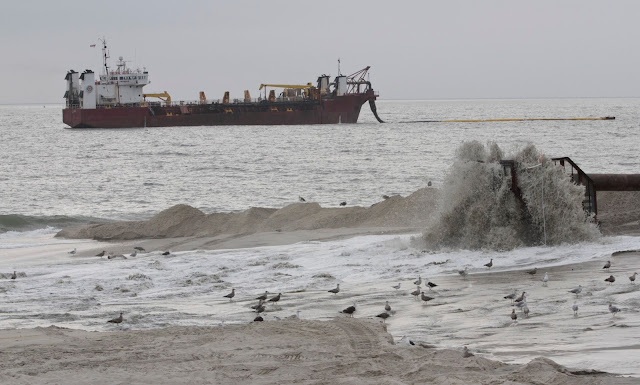 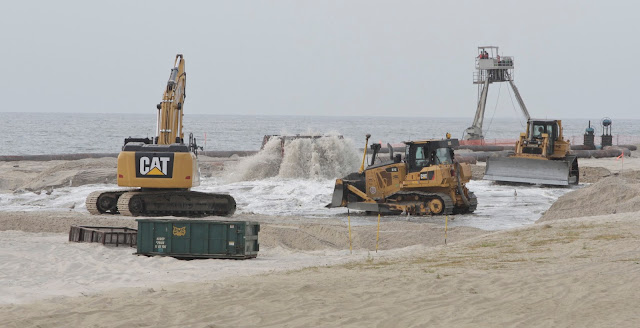 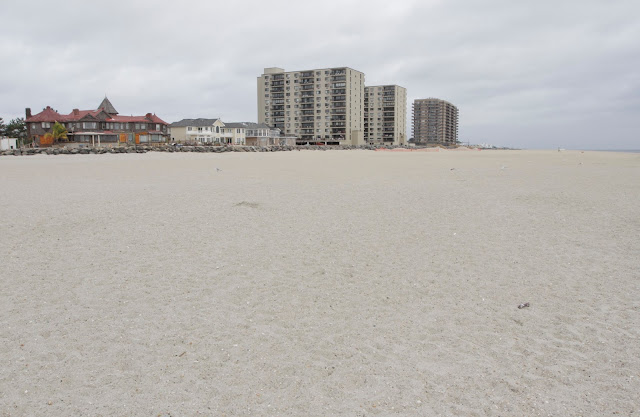 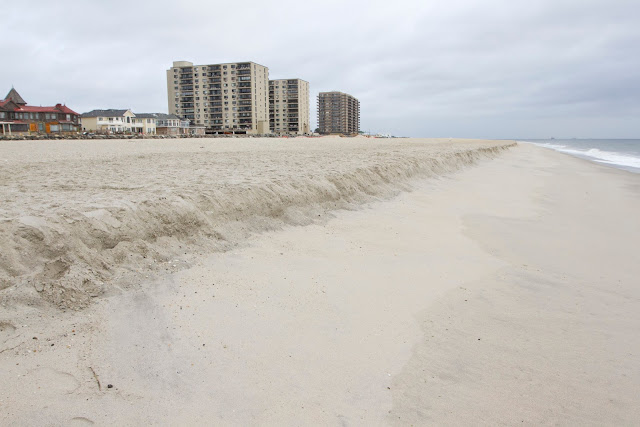 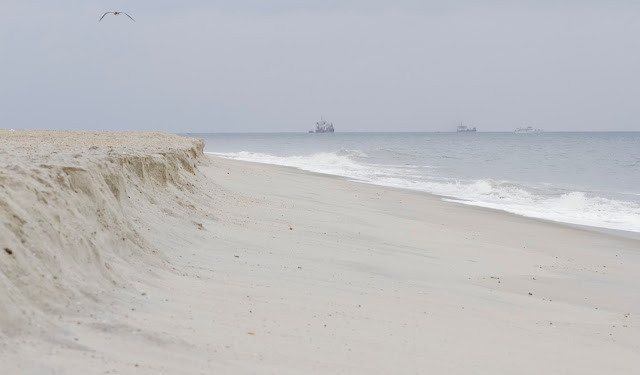 This morning with low water early I stalled a bit before hitting an easy Croc's only groin. The incoming water was clear, and cool, and you could easily sight fish for stripers if they were around. What I was able to do was practically sight fish for fluke. With a sinking line, a wicked Brandon Alexander tied fly,
and a slow retrieve you could see the fluke come off the bottom, follow, and hit the fly. Three came to hand with a few more follows. One might had made it to the table if I had only brought a tape measure or taped off 17-1/2 inches on my fly rod. 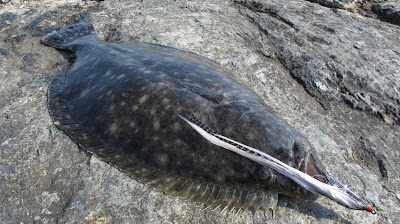 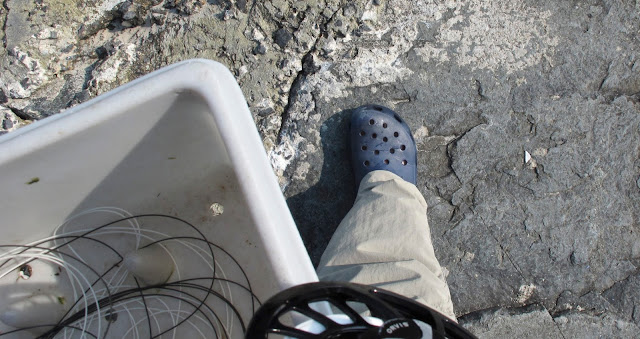 Posted by The Average Angler at 11:56 AM