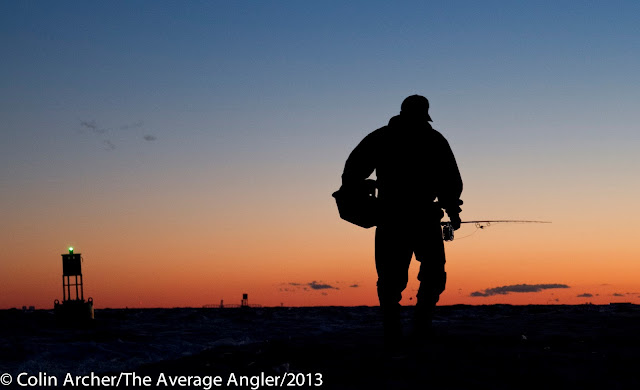 Had Dave out this morning looking to explore Sandy Hook. He's just starting out with fly fishing and wanted a tour of the Hook and some places and pointers. Well today was a great day for the tip- NNE winds honking at 20 with gusts to 25. He recently purchased a sinking line and that came in handy cutting the wind and the tide. 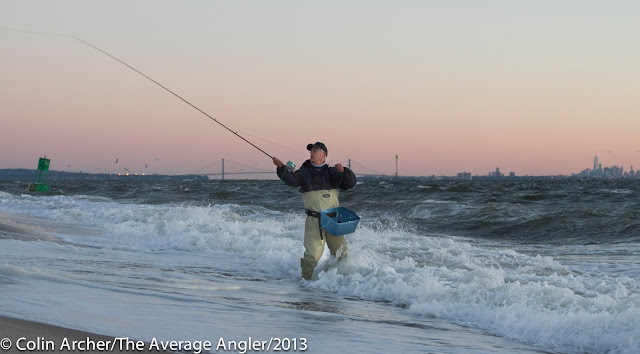 We worked on some casting into big wind and water but more importantly discussed how to pick a place to fish on a particular day. Time, wind, moon phase, tide, water temperatures, and an anglers ability all come into play in planning a day out. Now you can also over think and over plan also, you just gotta have a fly in the water to catch fish.
There were tons of birds over the channels which goes along with the findings of bait moving out of the rivers and bays.

With just a few hours slotted for our trip it still left me lots of morning, tide, wind and big surf to fish. The winds had sat down to a respectable 15 to 20 and the tide had ebbed a bit. I headed south and found some pockets to tuck myself into and on my first stop found a bunch of fish hugging the south side of the rocks and in the wash. I jumped up on the groin but didn't get a touch from the elevated position. It was the kind of day where you could fish from the rocks in big surf, but took a bath as the wind drove the waves into the north side causing a spray over to the south side. Snotty weather fishing is my favorite. 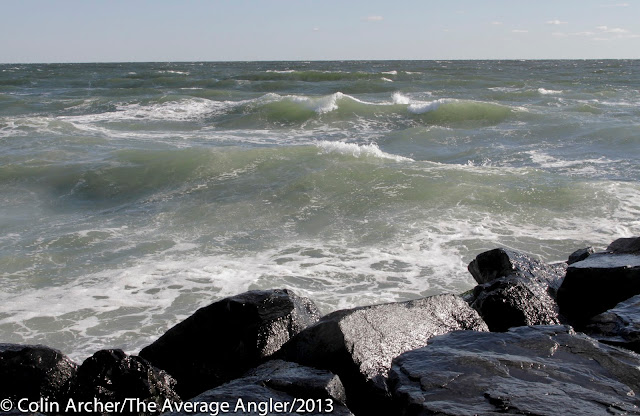 Even in the big water you could see every time a fish would explode on the Snake Fly. Sometimes in the skinny wash or in the wave itself. These bass to 26" put up a great fight and the big surf adds to the fun. Line management, as always, is an issue because the wind can strip line from your basket and do funny things with it while you cast. There's nothing worse than getting a hit, strip striking, only to realize you're wrapped around the butt of the rod or it's emptied out and you're around your ankles.
By the time I left the grass, mussels, debris, and tons of tiny jellyfish had started to get pushed ashore. Tonight the wind is going east and dropping in speed so fishing should continue to pick up. 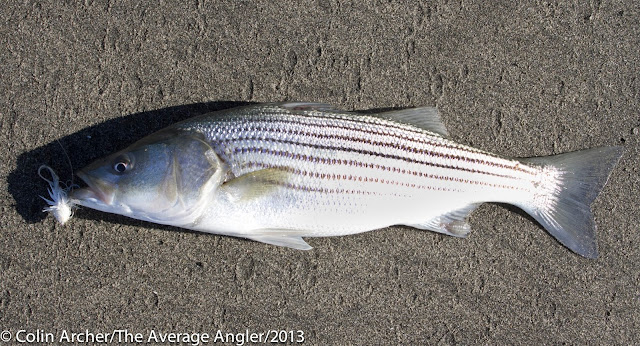 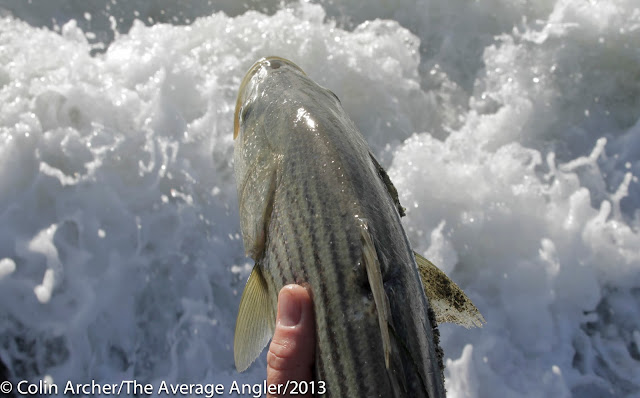 Posted by The Average Angler at 11:37 AM