Pretty morning....but left the fly rod in the truck 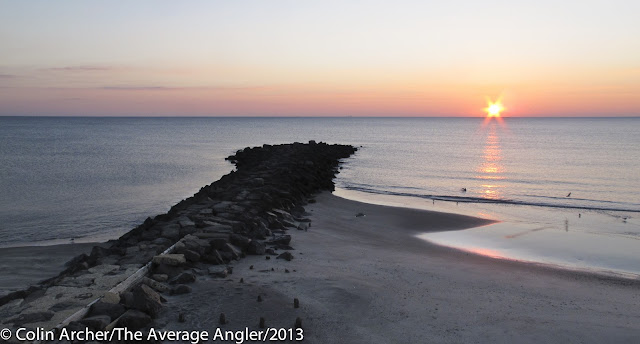 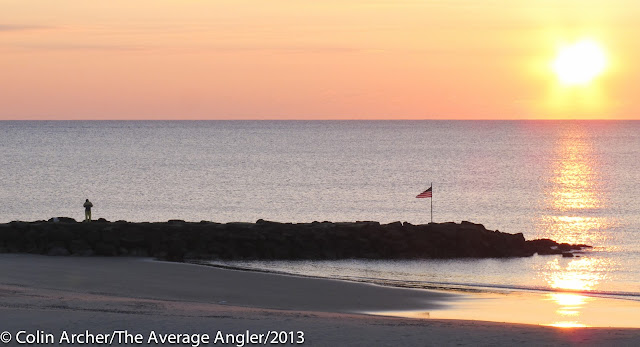 Even though I decided not to fish this morning I still took a ride down for the 718 A.M. sunrise. Pretty morning, but the 630'ish low tide didn't spark interest in fishing. With the low-low and low-high tides as of late, low tide has been my least favorite. Clearing the the new mine-rock-fields along the groins is a new challenge.
I found some anglers out soaking clams and saw a few stripers caught and released. There are fish around, probably with a 12-15:1 short to keeper sized ratio. The catch of the day, well photo of the day, is the of the below skate. A little angry that he fell for a clam chunk and not happy being up on the rocks for a minute or so. Skates have been a regular by-catch for anglers soaking clams this time of year. The Little Skate or leucoaja erinacea has no barb in it's tail, but will bite if you put your fingers near it's mouth. This one was gently released after the picture using a rag. It's better then the kick release which we've all see occur on the rocks and beaches. 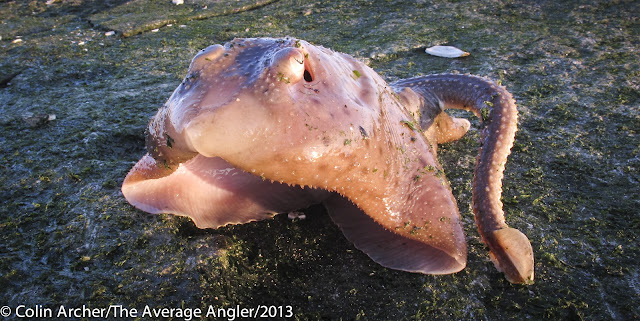 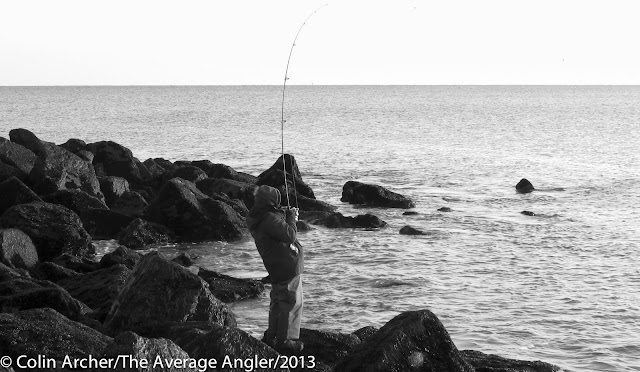 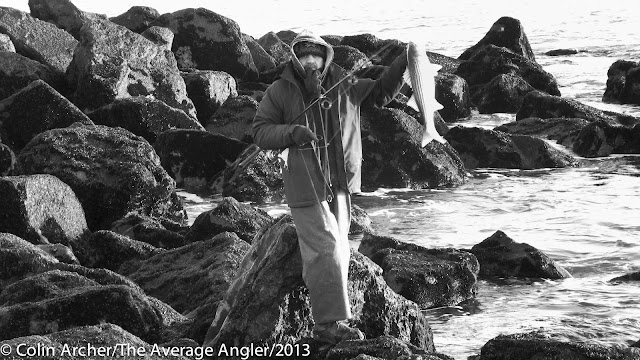