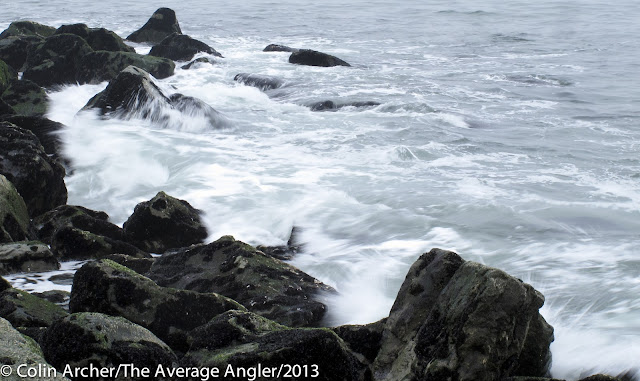 Warm a balmy day here at the Jersey Shore. Temps into the 40's! Tomorrow should be even warmer. I did go down to the beach and watch as the incoming tide pushed water up against the rocks. I spoke with a guy who had been soaking clams for 6 hours and had two shorts for his efforts.
Since I have "unofficially" hung up my new waders I have decided to start tying flies for the spring. My first goal is to tackle the use of Steve Farrar's Flash Blend. My first fly with it weighed 9 ounces and cost me 17 dollars to make between the hook, too much material, and a big glob of epoxy. I know the idea is "less is more" and that a sparse fly gives the illusion of a real baitfish, but somehow it's hard to train your mind to pull less material to tie in. As the flies got tied, and then untied, and then tied again they became sparser and less costly. I got this magnifier clamp lamp yesterday from Staples. It is made by tensor with a 5" diameter lens with a 3x diopter lens. It was 59 dollars.

I plan on blowing a bunch of these out after I find a formula that will work just right, then it will be on to the next pattern.

Disclaimer- the green/white bunker fly was tied by Joe Sawicki 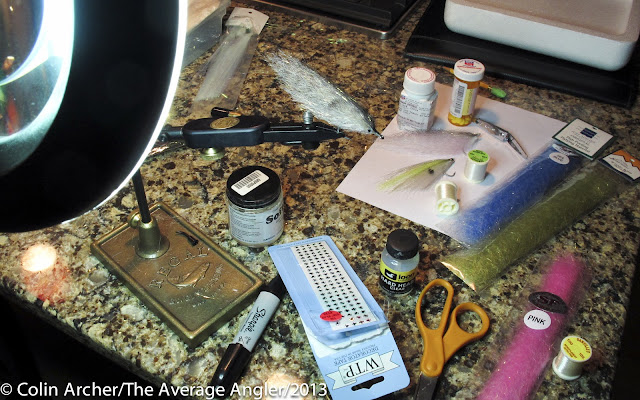 Posted by The Average Angler at 6:22 PM