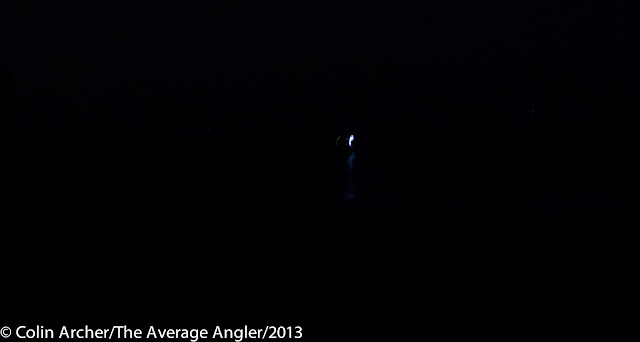 You would think you might have the pick of the best seat in the house at 430 in the morning on January 10th. Not on these rocks.....not on the ends of the other rocks in the area either. Tried a new location looking for new fish and wanting to see how the night bite is opposite the same tide productive evening bite.
As I parked I noticed I was the only truck around, that was until I walked over the boards and saw the above hat light on out on the end of the rocks. I made my way out making casts as I went. I spoke with the spin angler on his way out who had a few fish out front. I fished until 6 A.M. and lost a fly to the rocks that bit the fly just as I paused during a slower than normal retrieve.
That's it for me today......not to worry as the internet forums will be jammed packed with reports from anglers who broke out the gear with the smell of fish and warm weather in the air. 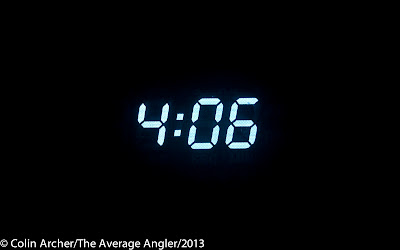 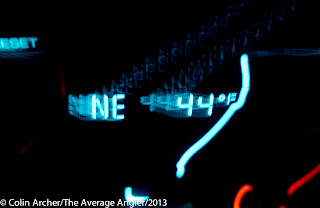 Posted by The Average Angler at 6:24 AM