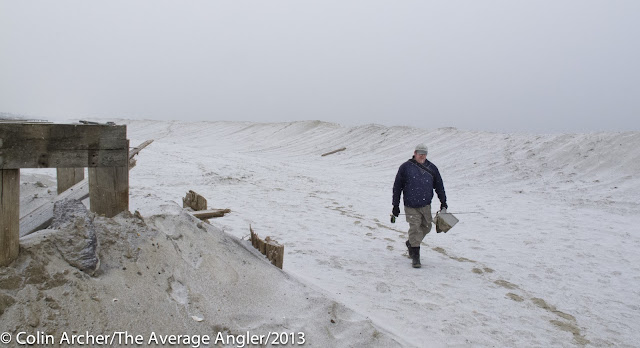 Coming off the momentum of the Fly Fishing show I had to go out and give it a shot this morning. With the freeze we've had the last week or so the water temps have dropped and are holding below 40 degrees- from the sources most get temps from have it 42 - 43 but they are from offshore. Early on I had the pick of the shore to myself only sharing it with some birds and seal that was hunting right off the rocks. He was up when I went for my camera and the next time he surfaced he was to far away to get a tight shot. (Below)
There is a lot of anticipation from anglers of the 55 degree day coming on Wednesday. I don't know if that one day pop of sun is really going to change things much, but it might turn on the fish just a bit as they forage the bottom for the crabs that have been keeping them fed and some fat. 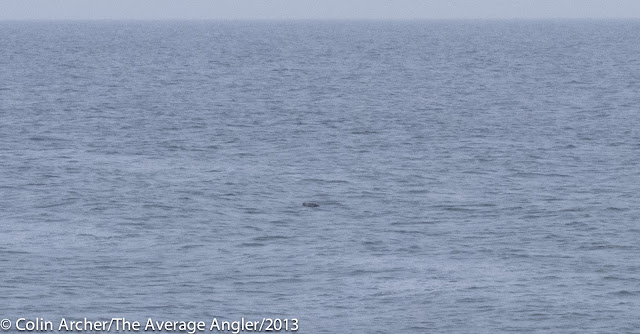 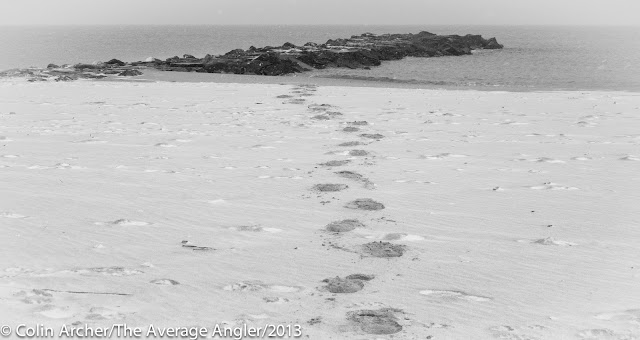 Posted by The Average Angler at 1:36 PM