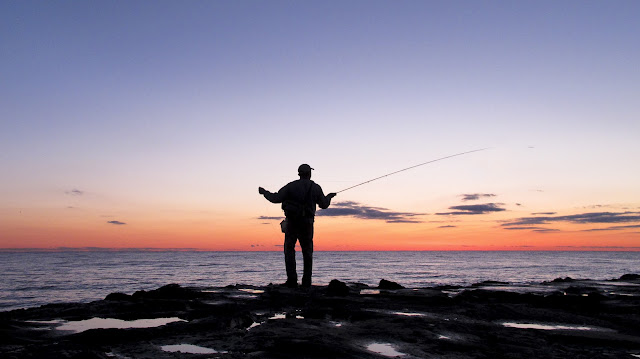 After last evenings howling wind I figured I would set my alarm for 430 am and check things from my bedroom window before heading out. Well, I hit the snooze button and didn't get up and out till 6 am. When I got down to the ocean Gus was the lone angler out and didn't have a bite on a yellow Bomber. Two anglers had came and went before I arrived, with one landing and releasing a keeper sized striper. 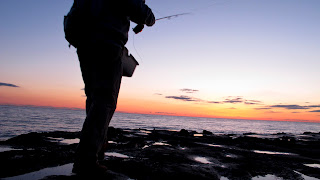 If I timed it right I may have hooked up a little earlier on the ebb tide, and left with the others feeling content with having caught a fish, but I feel I caught the best part of the morning. It's not uncommon to see anglers stop-and-pop along the beaches and groins before they have to get off to work but they often miss the amazing painting the sun does on some mornings.
I love to fish, and catch fish, but I think that fly fishing allows me enjoy and get satisfaction from the settings in which I find myself as much as holding a fish in hand. I rarely leave frustrated if I don't catch a fish, although yesterday morning, after having fished for hours alone only to have the next angler come next to me and catch and release a 15 pound striper on the fifth cast...well, sucked.


Posted by The Average Angler at 8:19 AM