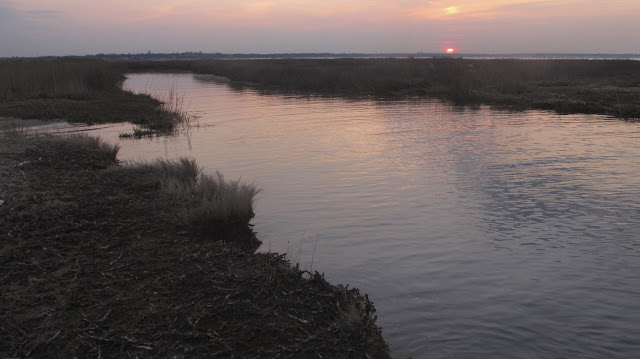 Got up to the Raritan Bay and found the parking lot jammed and 28 poles in the water soaking clams. As the sun went down happy bunker started breaking water all around. I saw one short caught on a clam. I had planned on going to the river but decided to travel south and fish out front. It was hour 2 of the outgoing and I had a good feeling. There were 16 guys on the three groins that I visited, and I fished one for about and hour without a bump and only saw a skate caught on a clam. I took a drive down to the Shark River Inlet and fished there and on one of the Avon rocks again without a bump. I went back to Asbury and did a drive through and then caught up with the large contingent of guys who had been out while I was, none of them turned a fish.

I have seen the good bait in the Raritan Bay, and will check the river tomorrow. Guys have been doing well down in South Jersey, and it sounds like Barnegat Bay has been fishing well.
Posted by The Average Angler at 11:45 PM