03.05.12 Checking on the beach replenishment in Monmouth Beach...you can't "blank" with Mother Nature! 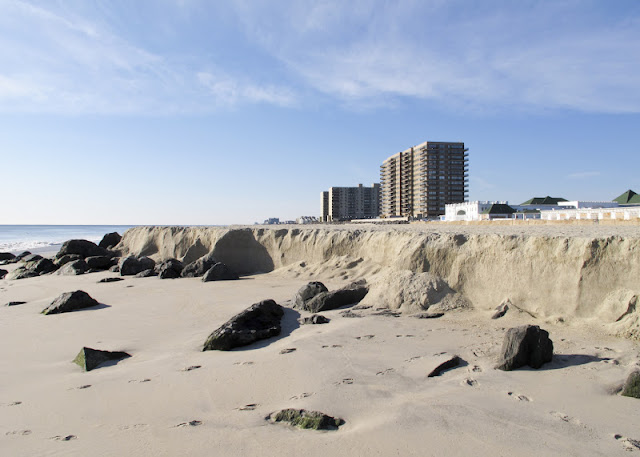 Well it's been a month or so since the beach replenishment project in Monmouth Beach has wrapped up. So, how is it holding up? See for yourself. For those that fish both Big and Little Monmouth you may not have to wait all that long until things are back to how you remember them. At Big Monmouth the rocks that protected the beach club are already exposed and the waves continue to cut at the pumped in sand, leaving a four foot cliff you have to traverse to get down to the water. 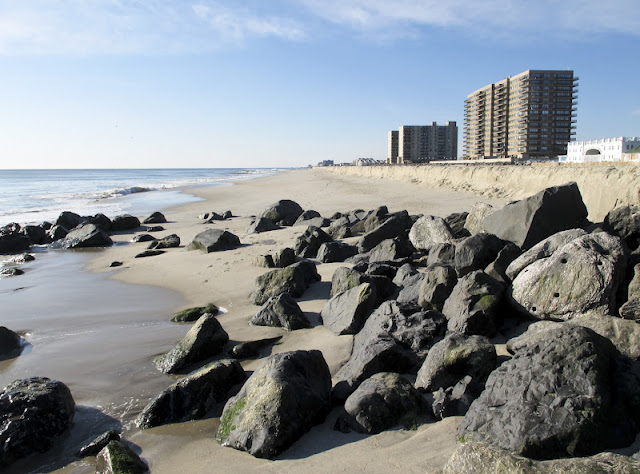 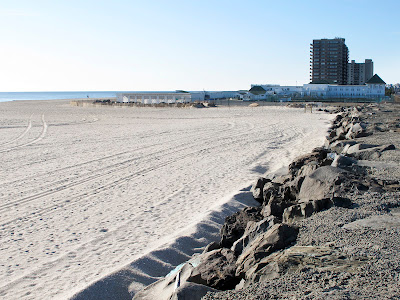 Moving south I went and checked out Little Monmouth. As I walked towards the water I though this might have held up better to the constant pounding of the waves and movement of the littoral or longshore current. Well as I got closer the rocks of the once covered groin are now exposed and a near six foot drop off exists along the waters edge. I can imagine people coming to the beach and falling off. It would be like how the cavemen used to hunt Wooly Mammoth's back in the Pleistocene Period. They would get behind the heard and then scare them with torches and rocks and the big beasts would be driven to jump to either their deaths or serious injury. Then Neanderthals at the bottom would finish them off with spears or rocks to the head. Imagine grandma talking a step off the nearly six foot ledge below. I am standing up to the "wall" of sand.
I have included an image of the same area from the fall just as the project began. The pricetag was over 13 million dollars for what you see in the pictures here, and the work stopped at the small groin at Central Road.
This past week Frank Pallone announced that another 24 million dollars was coming to New Jersey's way for projects related to the shore, including another 12 million dollars to be used for more beach replenishment in northern Monmouth Beach and Sea Bright. 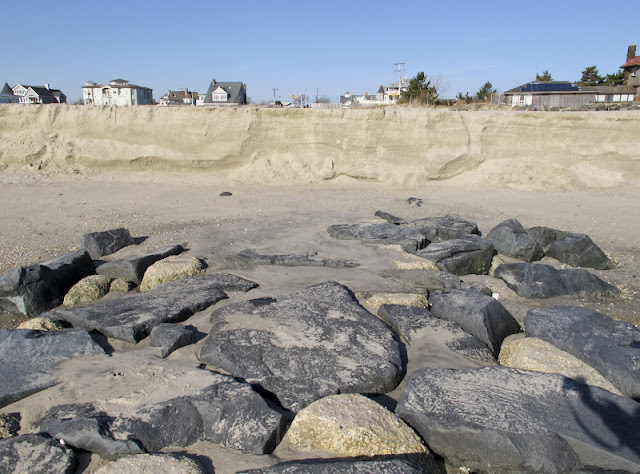 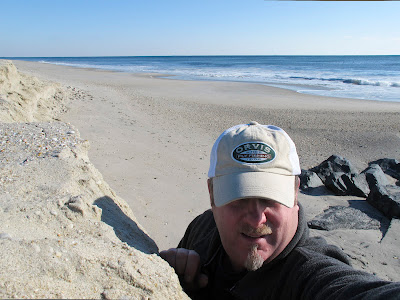 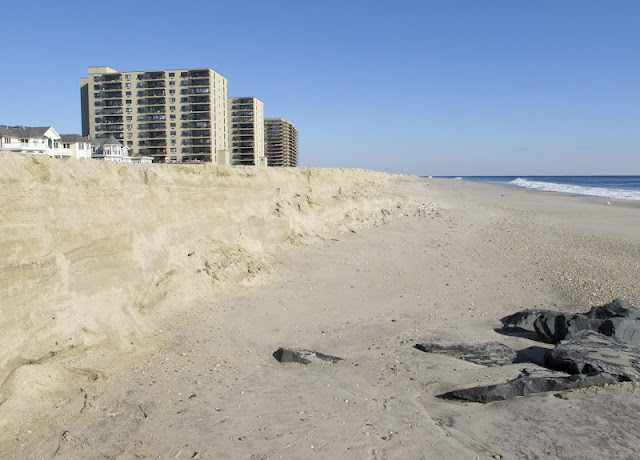 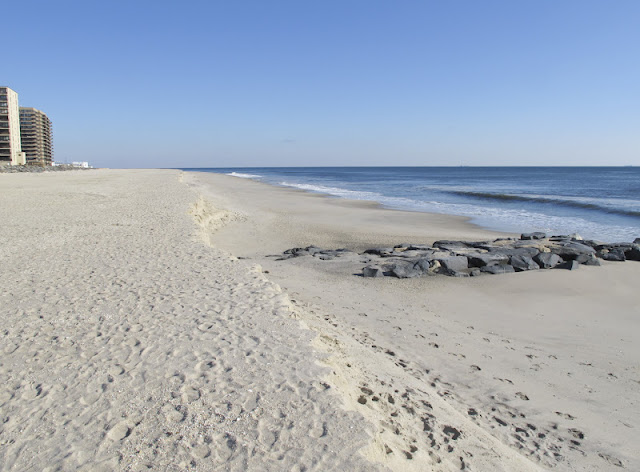 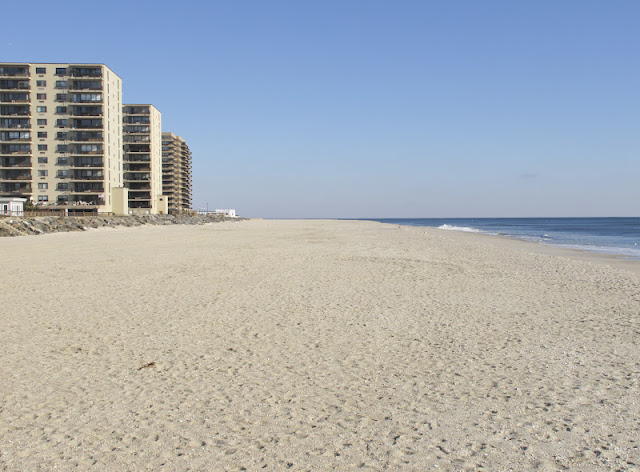 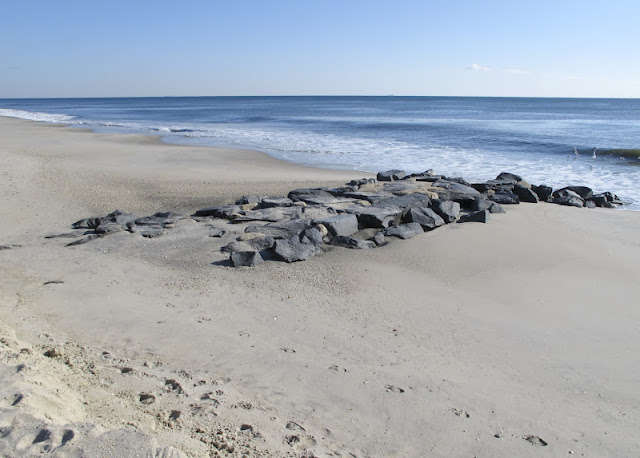 Below- after the replenishment March 5, 2012 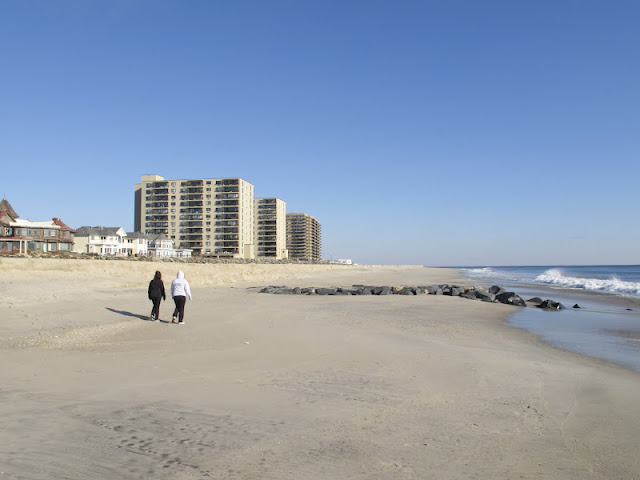 Below- before the replenishment November 14, 2011 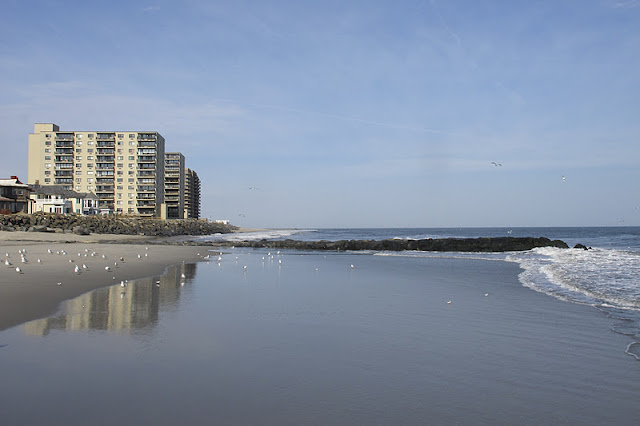 Posted by The Average Angler at 10:39 AM