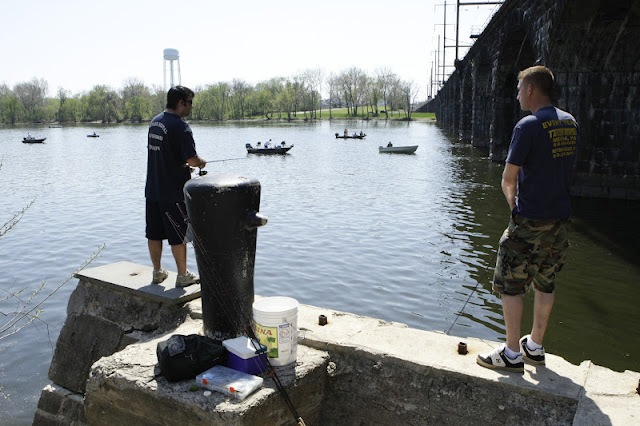 In addition to the back bays and rivers now being open for striped bass fishing, the Delaware River is open as of March 1st. The Delaware River striper fishery is a big draw for anglers in Western NJ and Eastern PA. Before this year anglers would catch river herring, to both live line for stripers there, or to keep in live wells for fishing in another location. However that fishery is now closed. River herring is collectively applied to include both alewife and blueback herrings. According to the NJ Division of Fish and Wildlife the harvest of river herring have been put in place because the ASMFC has concerns of reduced stocks of river herring along the coast. This could be in part because of loss of spawning habitat, overfishing, impediments to passage, and degradation of water quality. In addition to New Jersey- the following states have also closed their river herring fisheries- Delaware, Pennsylvania, Maryland, Virginia, Massachsetts and Rhode Island. 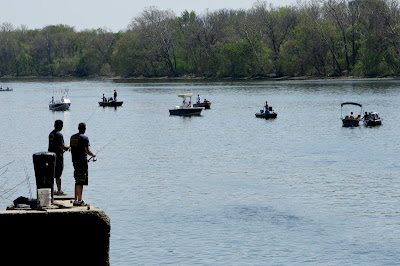 These pictures are from April 26, 2009 and show the angling pressure on the herring and bass below the Morrisville-Trenton Railroad Bridge. 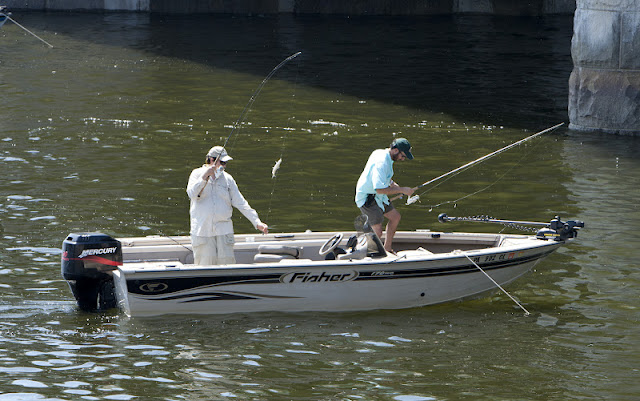 Upstream of the Calhoun Street Bridge -

Downstream of the Calhoun Street Bridge

During the closed two months to protect spawning striped bass, anglers fishing below the Calhoun Street Bridge and above the Commodore Barry Bridge must use circle hooks size 2 and larger and release all striped bass.

Now in PENNSYLVANIA, where the rules changed in 2009-

Upstream of the Calhoun Street Bridge

Downstream of the Pennsylvania Street Bridge

So New Jersey shut down the striper fishery during April and May to protect the Delaware River striped bass as they spawn. Pennsylvania has an open season at that time and has a 20-26 slot limit???!!!

So it is against the law for you to catch stripers on this side of the river for two months, but travel over the bridge and you can have at it. ?