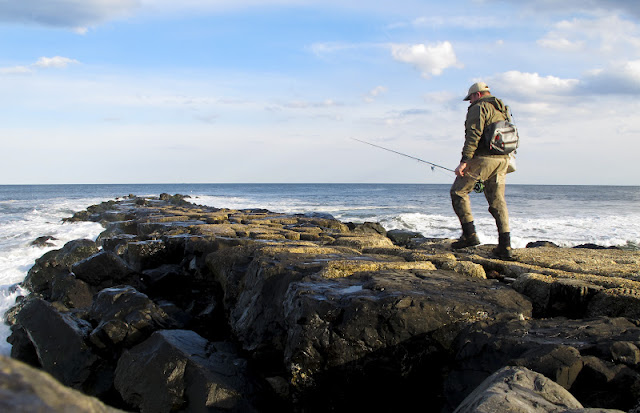 When I made my way out of my man cave/ office to walk the dog this afternoon I was pleasantly surprised to find a box from Orvis outside my door. I recently placed an order for several of the new Hydros fly lines. I ordered the Hydros 3D Depth Charge line in 350 and 550 grains and the Hydros 3D WF 5WT Trout line. It had been a few weeks that I had been without my Depth Charge line after shredding it in between two mussel covered rocks while out on the groin one night. I love this line, and if I had to pick one line for stripers it would be this one.
I had tied a fly and it was drying on my vice so I gave it a go today after spooling the Hydros 10 WT Intermediate line that was on my Mirage reel and putting on the new DC line.

I fished the last two hours of the incoming tide and found the line performed as expected. The funky chartreuse running line is different in color from the last generation orange running line. This line is microtextured and has an improved coating which combined lessen tangling, reduces friction, and increases casting distance. Today was good day for surfers as the swells were to 5 foot and came in every 7-10 seconds. I timed my casts to catch the backsides of the waves and targeted areas back to the beach from the middle of the groin.

I didn't get a bump but it was good to get out and give this new line a go. 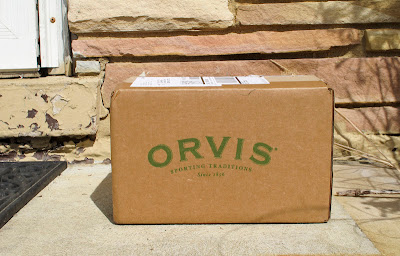 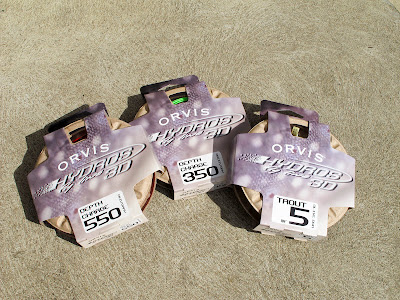 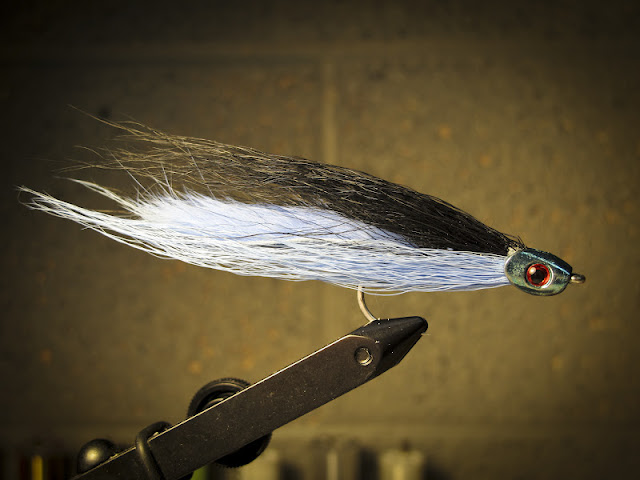