03.11.12 Got a great gift at the Asbury Park Fishing Flea Market today 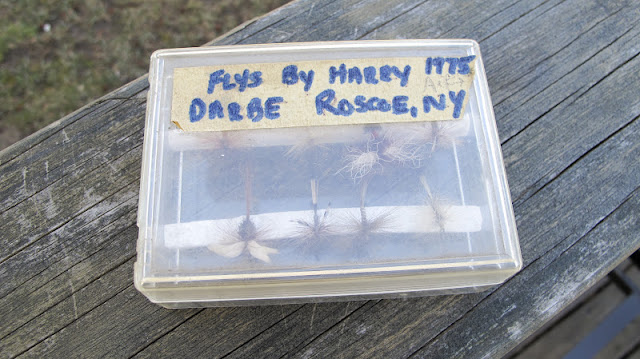 I got over to Convention Hall around 8 a.m. which was about an hour before the doors opened. The vendors were finishing their set ups and most of the club guys were milling about and scanning the tables before the show opened. After the doors opened anglers flocked to some of the more popular plug makers tables like Cyclone and TB Swimmers. I watched as the TB table got cleaned out in less than 45 minutes, and word was he had 160 plugs to sell. But I think I got the best score out of anyone there. John Scelfo is a fellow member of the club and has been fishing both the fresh and salt waters longer than I am alive. He's fly fished before "that" movie came out, and has spent lots of time in the Catskill waters that I so love. I mostly see him now spin fishing for stripers and casting the plugs he makes himself. I don't know him well but he would probably be one of the most all around versatile anglers I have ever met. He makes plugs, fishes the salt from Montauk to New Jersey and has tied his own freshwater flies and has fished some of the best trout streams from Montana to the Upper Delaware. So, today he approached me and said he would like me to have something. He pulled a box 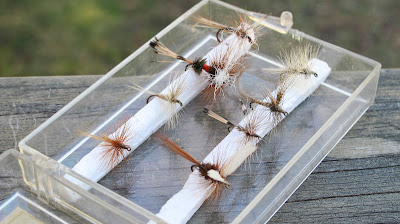 of flies out of his pocket that said, "Flys by Harry Darbe(e) Roscoe, NY 1975". I was taken aback by the thought and his kindness. I looked inside and could just imagine when and where these flies were tied. I have read the stories in books of the legendary Castkill tiers authored by Mike Valla, and now I have my own piece of history to go with what I have come to picture in my mind. 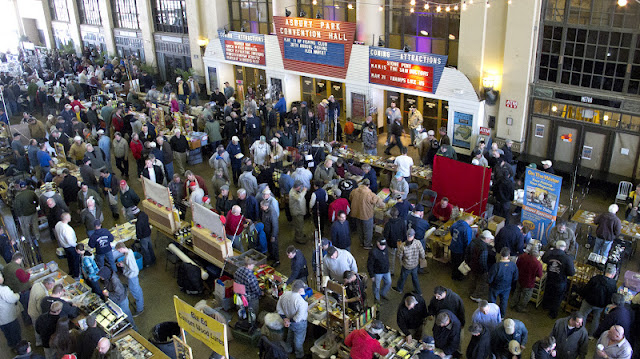 I spent the day taking lots of pictures for the club and put together a little slideshow of most of the images. I ran them in black and white as the mixed lighting and flash and no flash on my point and shoot has all the pictures with a different feel. Below is the show,

And then as I walked and looked at all the incredible workmanship on those plug,s poppers, and needlefish- I wondered if and how I could through them with a fly rod. At one booth I found a large box of wooden blanks that I couldn't resist, and another booth that sold materials to build your own plugs, so I picked up some nose grommets and some Danny lips, just to see if I can create something that my 12 wt will get off the ground. 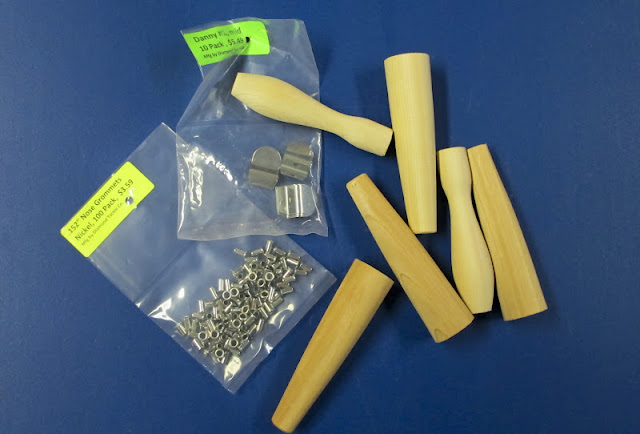 Posted by The Average Angler at 4:50 PM