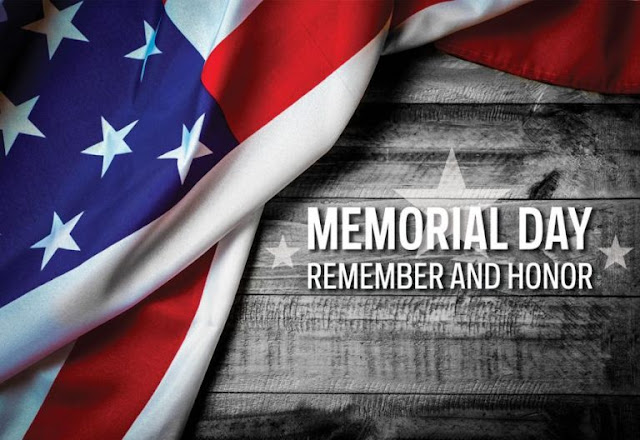 It was beautiful holiday weekend down the shore. This weekend is Memorial Day, our national holiday to honor those servicemen and women who have made the supreme sacrifice for our country. Sacrificing their lives for ours. And to them we thank them on this day. 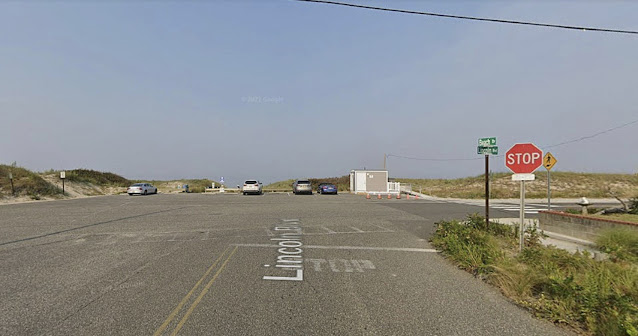 Theresa and I are thankful and blessed to have a place down in Cape May we call our shore house. Each evening, if the weather is right, spectators are privileged to witness spectacular sunsets along the Delaware Bay, from Sunset Beach in Cape May up to Villas, a few towns north on the bay. Last evening we decided to hit Town Bank ,which is a section of Lower Township near the Lewes-Cape May Ferry. 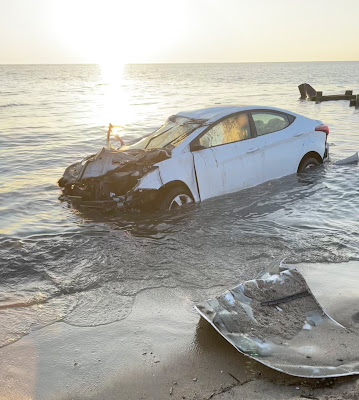 As we approached looking for a parking spot something was amiss. People were sitting in the street, some shaken. The first police car arrived as we pulled up. I was driving and asked Theresa to take the wheel while Erin and I went to help out. I assumed there was someone missing in the water or there was a drowning victim being tended to on the beach. But we were met with a scene of carnage. A car had plowed through the barricade, hit a bench and the woman seated on it, and then it went airborne, rolled several times before coming to rest in the Delaware Bay. And there was no one on scene.

We did our best to triage first and then treat the most severely injured. In all, there was one fatality, several critically injured, and some needing medical attention for less serious injuries. When fire and EMS arrived we packaged the patients before two were transported via helicopter and the others to trauma centers. Things happen that quickly, even during the most postcard-picture perfect moments. We pray for the victims and their families. The driver of the car suffered a medical emergency, and two of the patients were ejected from that vehicle.  I am thankful and proud to be a nurse practitioner and able to help others when needed. 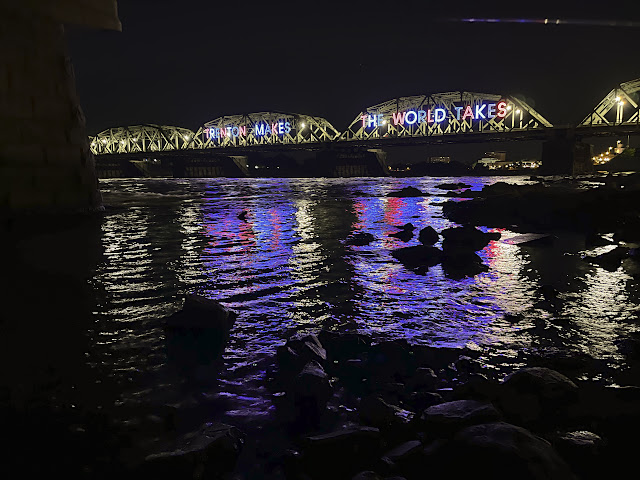 Traffic wasn't too bad coming back home and late in the evening I decided to give it a go. Luckily I remembered today was Monday and the Pick 6 is up to 10.5 million, so I got my tickets, playing the kids birthdays every Monday and Wednesday. Down at the river it just felt different. It was hot and humid and there was a smell of hot sticky summer in the air. I made some casts on the dropping tide and had one hit. I have to think the bass that are left will be active in the early morning after the water has a chance to cool overnight. 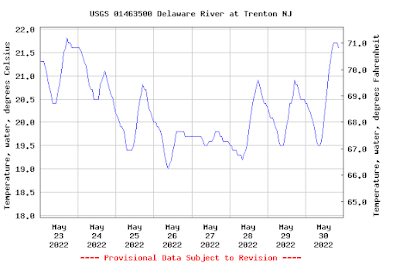 After a hot day with temps in the 90's the water temps are creeping above 70. This week we are going to have a few days of super hot air temps, so it might be just as well to leave the fish alone.

Posted by The Average Angler at 10:41 PM