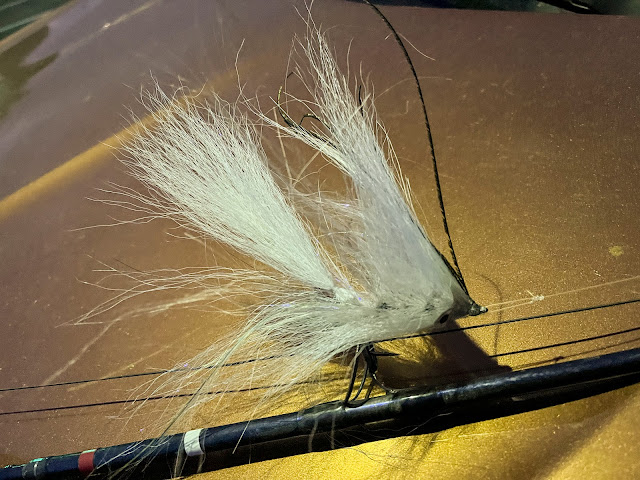 It was a bad hair day for my fly when I opened the back hatch to my car. Luckily with a little water and a few strips it all straightened out. When I got there at 5 am there was still a lot of water on the dropping tide so I went to a popper, for way to long, without moving a fish. Then I went to the white fly, then the one below, not a tap. Before I called it a morning I even switched to a black fly 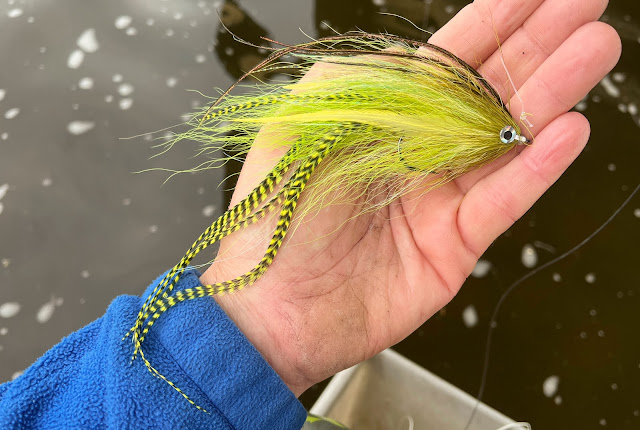 thinking why not. It was early morning and maybe the herring profile would get some interest. The grind has been real, fishing since March 1st, in all types of weather, times of day, and tides. In the next few weeks I'll recap the season, which, I ended last year on May 26th, which is today. 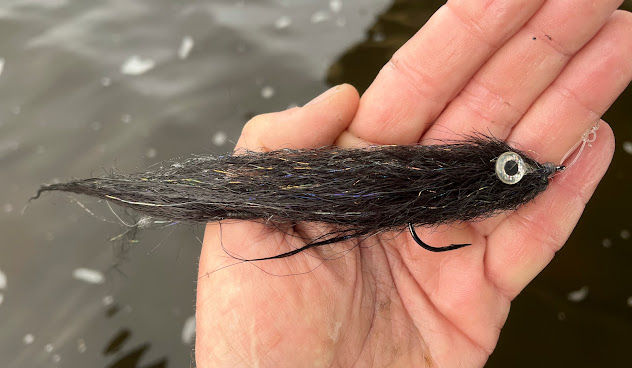 It was the same feeling I had last year as I do today. I'm tired. I need a new place. I am growing tired of the same beats day in and day out. While last year I didn't understand as much as I do now, there is still good fishing to be had. The problem is the fish are in the fast oxygenated water that is hard to fish on foot, and when it floods to big to wade. You need a boat, to either get to locations where you can wade or to fish down below the pocket water holds. Todays skunk wasn't the way I wanted the season to end. It's like I do December, when I quit 10 times, I guess this is quit #1. 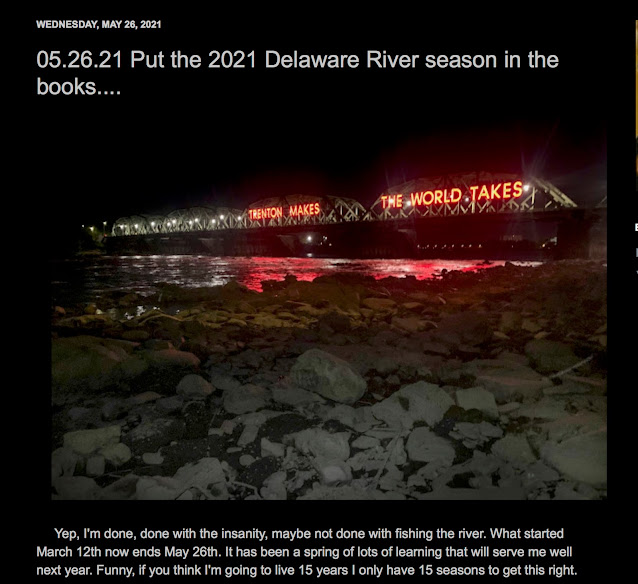 I wish my (Jim's) boat was ready to go, and hopefully it will be for the fall and early winter. I am ready for the bigger waters of the bay and ocean, and the big bass on bunker. You can read the post from a year ago today when I called it quits, HERE.
Next week I was planning on joining Leif up on the Upper Delaware, but the timing couldn't be worse. Truck and car broke down, boat broke, my 30 inch mower won't start so I'm using a 20 inch on an acre, because my tractor won't start. Moving out of the office June 1, which is Tuesday. Other than that all is good.
Posted by The Average Angler at 8:09 AM