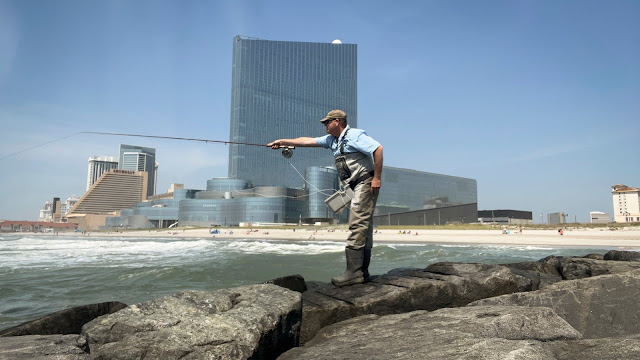 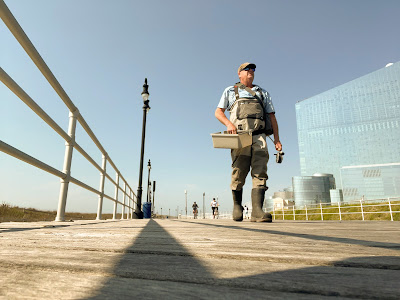 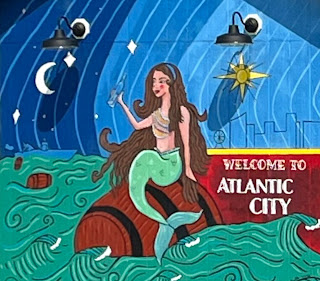 ......so I decided to DO AC. Theresa had a OB/GYN nursing conference at the Tropicana that started at 9 am so it was drop her off and go. I knew it was dead low, going to be high and bright sun after the fog burned off, and only 285 degrees, although the SE/E wind coming off the ocean did provide a cool breeze every now and then. 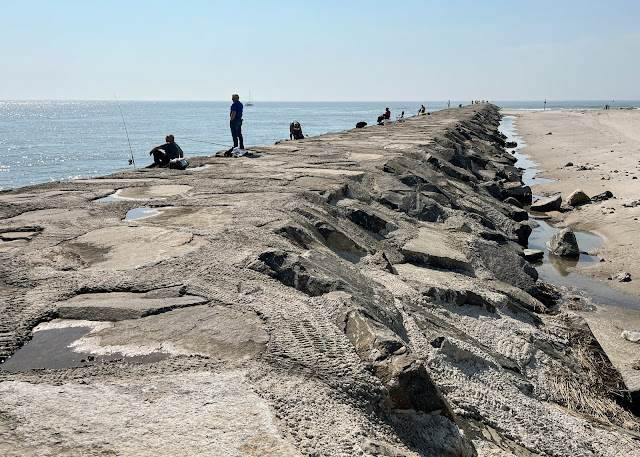 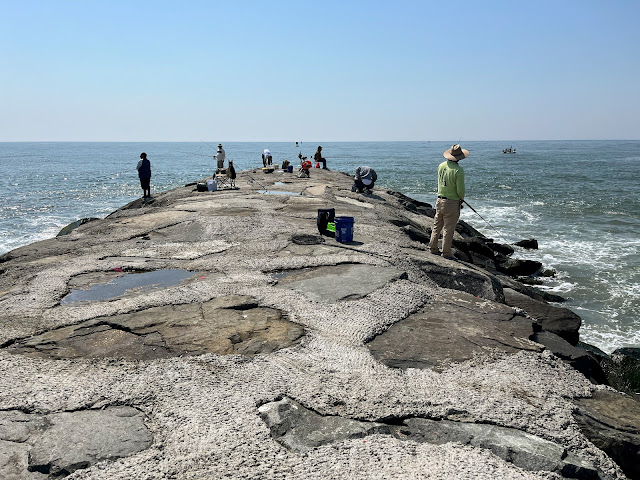 So when I get there I make my way to the crowd at the end. Most guys soaking bait, three pitching  live eels, and a few some plastics. "You shoulda been here at 430 fly rod man". That's what I was told. It's an eel bite. It happens at night. And the outgoing is best. Alrighty then. 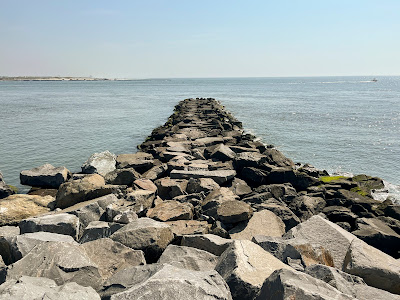 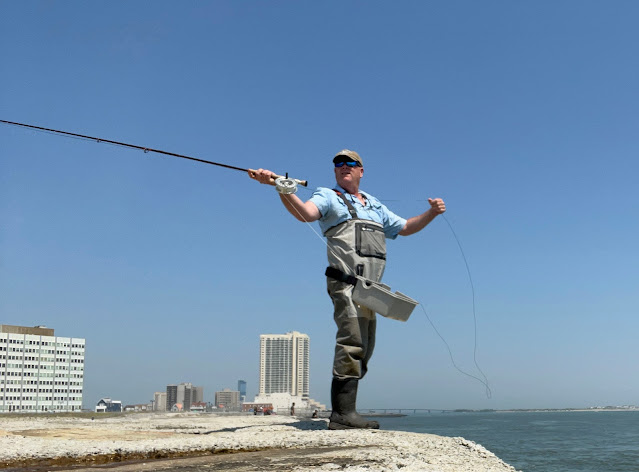 I found my own jetty, I think it was an actual jetty, because what duo you call a manmade rock formation, that comes off a jetty, another jetty? Incoming, saw some cormorants. No bait. Blew my
arm out after two hours. Getting hungry. Had to pee. Made my way to Brigantine because I know 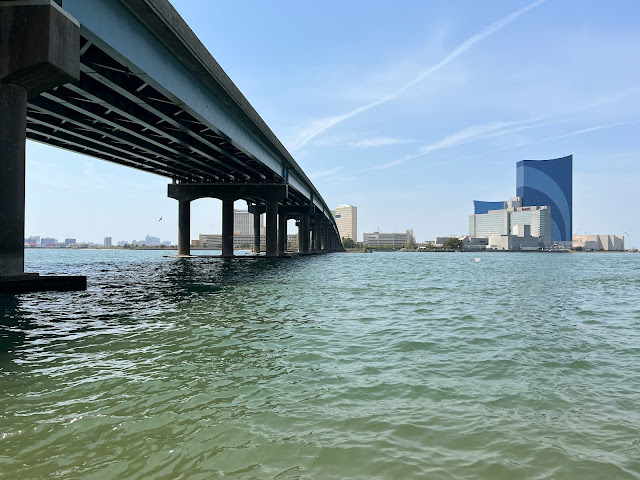 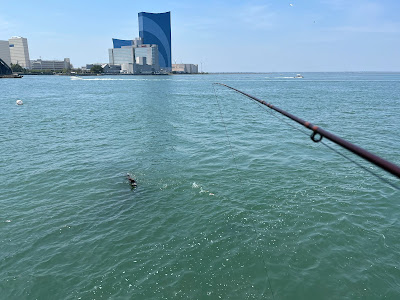 there is a WaWa over there. After a snack I doubled back and hit beneath the bridge with Harrah's in the background. Tide still incoming, sweet looking clean and green water. Had some dock debris in the water which I thought would be a great place to fish around as the tide ripped in, nada. One guy with a hard southern drawl was soaking clams and caught, and kept, a 28" fish. He was trying to hoist it, but I offered to jump down and get it for him, I get an assist for a dead striped bass. 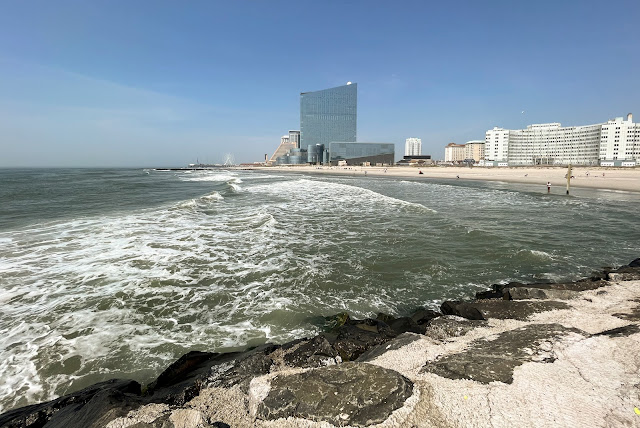 With about 1-1/2 hours till she was done I hit the beach again, this time staying off the much populated "AC Bangin' jetty". Great water, saw a black drum leave the water, not sure where he was going or chasing, but that was it for me. Before I left I went to snoop on that jetty, saw one small 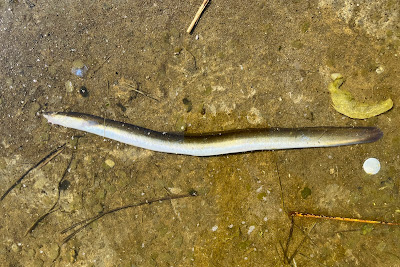 blue, one short tog, one ray and a kingfish caught. As I walked down I looked down in a puddle and found a dead eel. At $2 a pop from One Stop Bait and Tackle I would think someone would keep it dead-fresh and use it again. 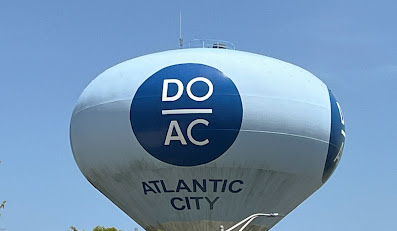 I am glad I got the opportunity to see and fish AC. Got way too much sun and I hope there is still some good fishing around back home. The ocean is nice, but not during the day, dodging the kids and blowing out my arm. But remember, "ACis BANGIN'". 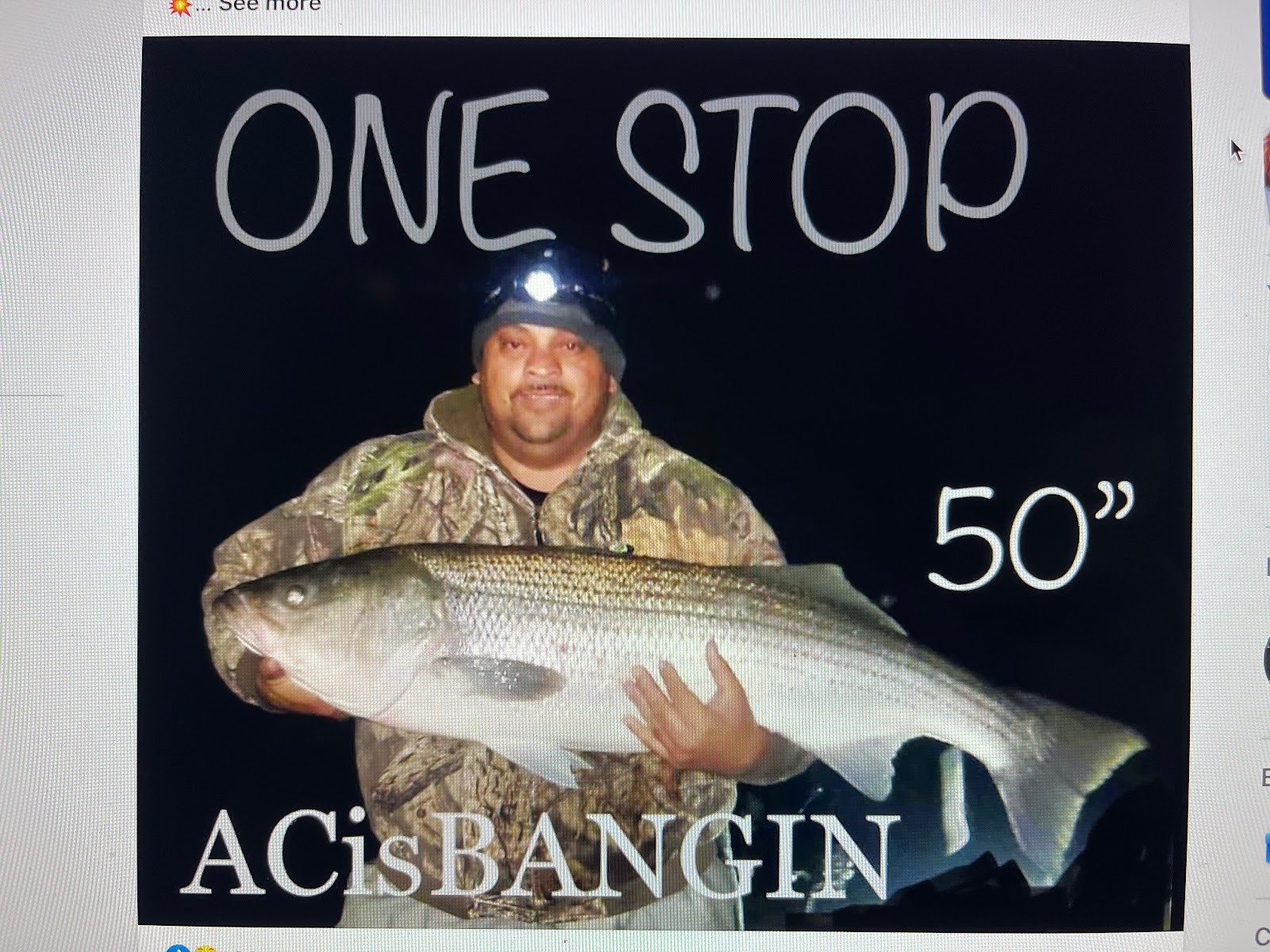 Posted by The Average Angler at 9:47 PM