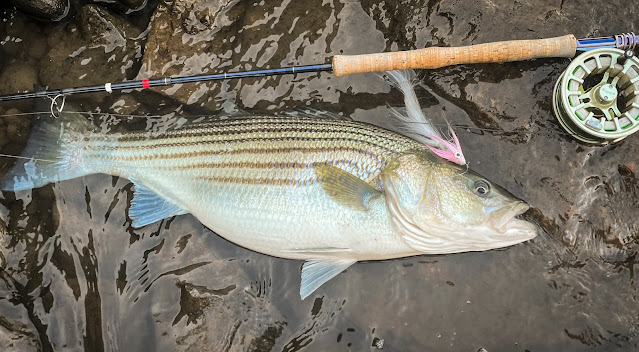 Beat the alarm clock this morning so was down on the water just before first light. Two spots, the first was boring and I didn't get a hit so I moved on. I have a few thoughts. First, its not time to put away the 11 wt. just yet. Yes there are smaller fish now invading the local beats but there are still some big fish around. Second, its time to get back to the vice as I have a new habit, donating at least one fly a day to the urban jungle bottom that is the Delaware. And, third, and most importantly, I 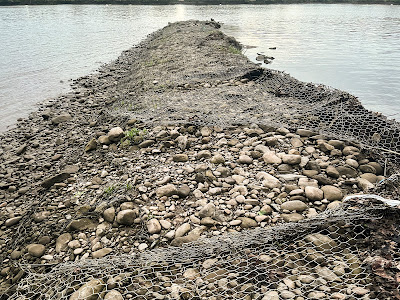 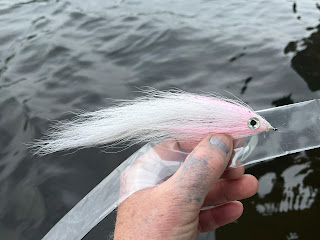 think the striped bass spawning comes in phases. They all talk about 65 degrees being the go-to temperature, but we have seen the big girls arrive, chew early, spawn and then maybe make their way out to sea. But I have seen, males still ripe with sperm, and today a nice fat female full of eggs. I started 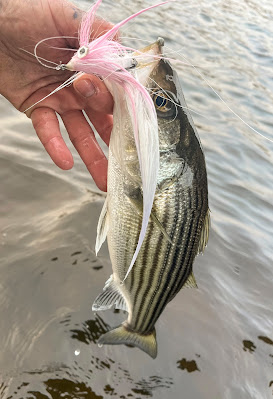 off landing a small fish, and then had a few more takes, before setting the hook on the above fish. This one went down, and then made a left into the current. I needed all the 11 wt. could offer to turn her head and and bring her into the slack water outside of the current. I caught a fish like this last 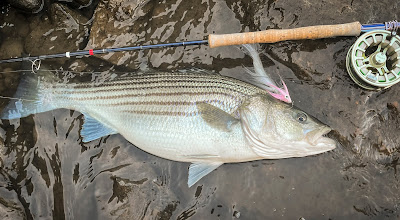 year, with a girth that was probably near equal to her length. I forgot my tape measure, again, and would have liked to have some numbers to see where she was in length vs girth. When I arrived a guy was just leaving. He looked like a bait soaker and he fished all night only landing a big catfish that he had wrapped in a plastic bag. Not sure if I would dice that up and feed it to the family though. While it is really the perfect time for a boat, I really enjoy dam near taking a header each 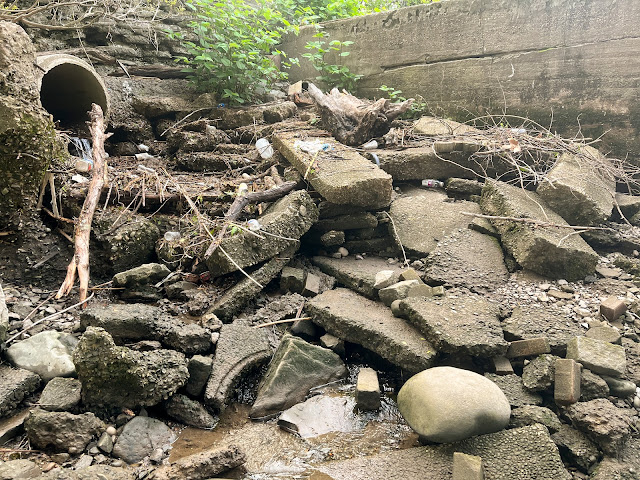 time I fish and walking the concrete and rebar jungle that lines the Delaware. The blow is past us and the water has dropped back to normal levels. Luckily, the water temps are below 60, which doesn't normally happen in mid-May. Could be a fishy next two weeks. 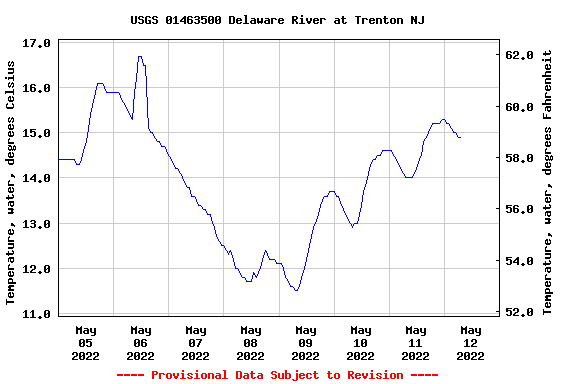 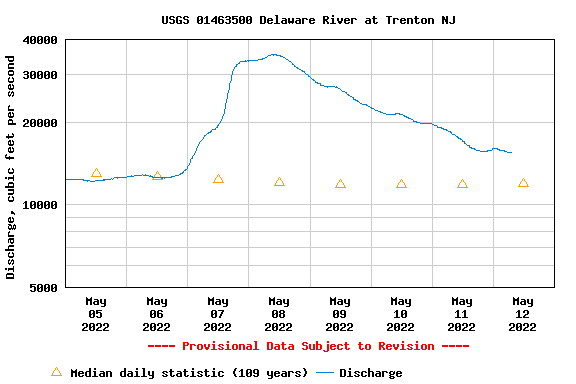 Posted by The Average Angler at 7:50 AM