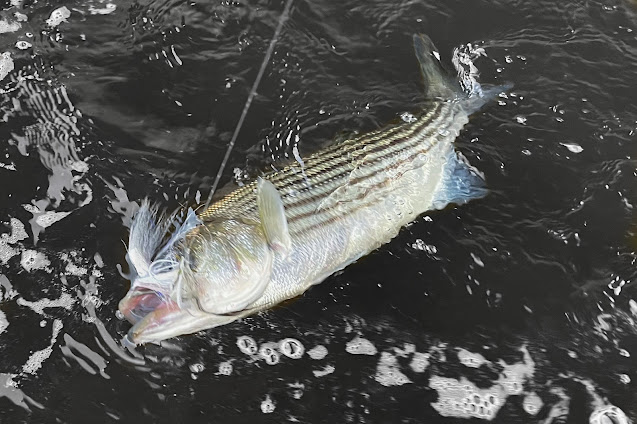 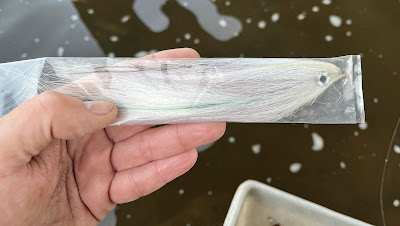 Hit it at 5 am. Poppers didn't get it done for about 45 minutes so I went underneath. Had a smaller fly on and landed a small bass, so I reached into my dwindling collection of flies and picked a winner. Second cast I landed the above nice. Doesn't matter what size these are they are feisty, and in the bigger current fun on the fly rod. 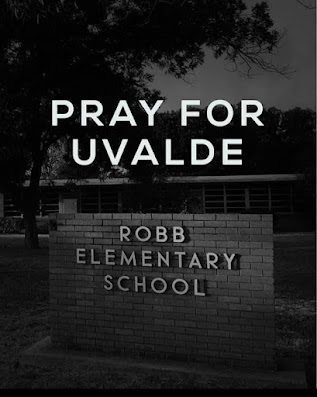 I know its a fishing blog, but I have to mention and send thoughts and prayers out to another mass shooting here in the United States. Yesterday in Uvalde, Texas 21 people were killed at the Robb Elementary School, 19 of them children. Senseless. Heartbreaking. An old classmate of mine is now living overseas and she is at a loss of words explaining to people there what has become to common, and accepted, practices of gun violence in America. That goes for mass shootings, like recent ones in New York and Florida, and daily shootings in cities like Chicago. 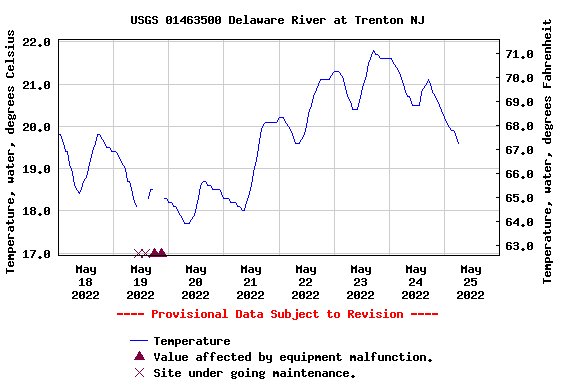 Its interesting these bass in the Delaware River. Look at the above temps, just over 70 at times, dropping at night, but these fish are still here and following the bait post spawn. There are still fish here that will be hitting the ocean in the next month. Remember, river herring, an anadromous species like striped bass, come into the rivers and the fresh water to spawn. While some die after spawning, most return to the ocean, and the striped bass will follow them. So, we will still have fish around these parts for a little while. On anther species locally, I saw my first snakehead of the year, and that is something I hope to get dialed into. They look like would be a blast on the fly rod. 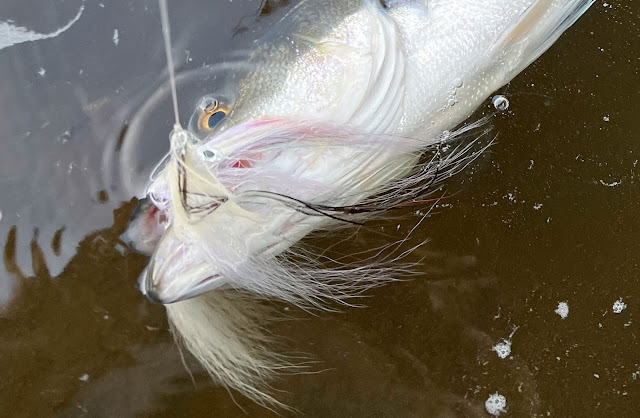 In the meantime, I'll keep filling the stripers faces with bucktail, feathers and synthetics. I am looking forward to hitting the salt waters soon, this year there is no Martha's Vineyard trip, and that's okay, there will always be next year, that I'll have to make happen somehow.
Posted by The Average Angler at 7:25 AM