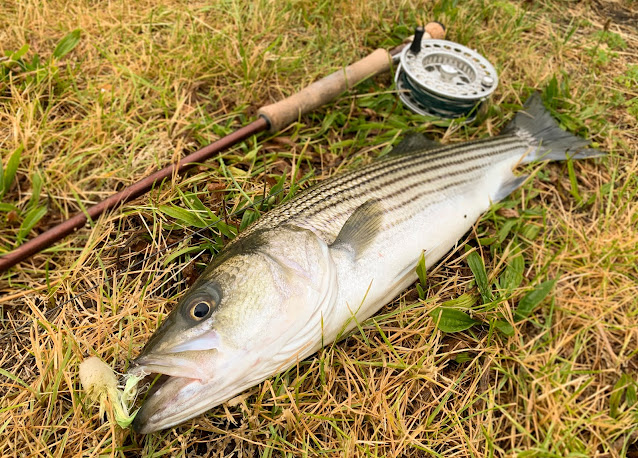 Had to make the trip to Home Depot in Trenton so I stopped by the river. Didn't know the tides or what to expect with all the rain we've had the last few days. Caught the outgoing and it was dropping like a stone. Water a tad off color, which was good. Threw a beat up Snake Fly and landed two and dropped one. If I was a little earlier I would have had a better shot at a few more fish as they were holding in a spot where the water emptied quickly. 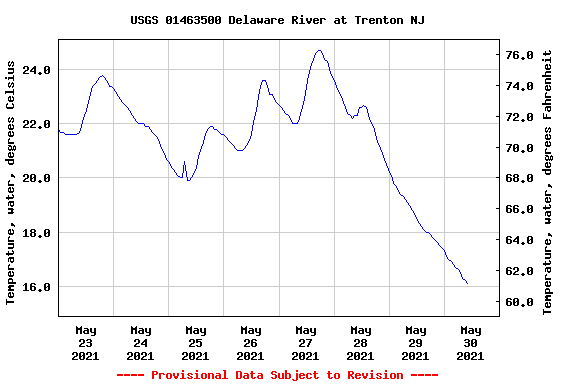 The rain has dropped the temps here down to 62 from a high in the mid 70's last week. Its also bumped the river up a bit which it needed desperately. There wasn't anyone out which I found 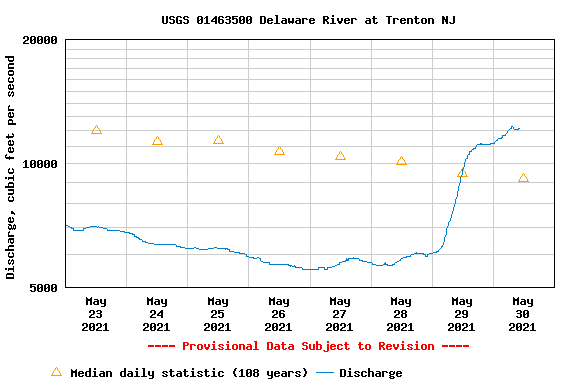 surprising.  Hopefully this weather will turn the fish on and maybe hold any of the drop back fish around for a little bit longer. I'm not sure if any of these bass, from Trenton and north, will be heading out top sea or will summer over here in the river. They say that late May and June is a good time to catch fish 26"-32", and on topwater. So we'll see. 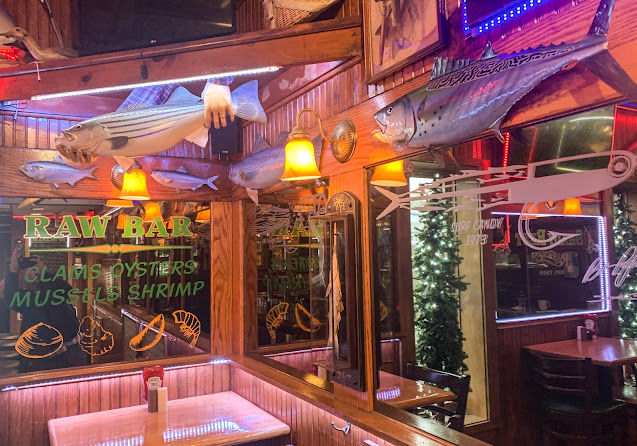 Yesterday I hooked up with and old friend from my fire department days and we took the wives to Bobby's place, The Shady Rest, down in Bayville on Route 9. If you want a great meal in a cool setting and eat while looking at fishy stuff on the wall then its a place you should make the trip to.
Posted by The Average Angler at 10:54 AM