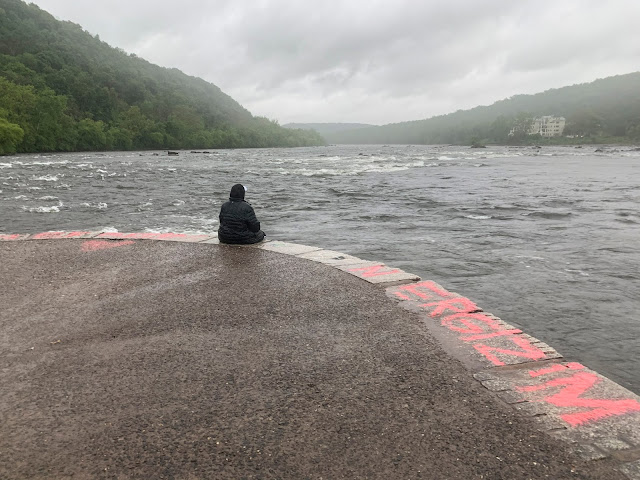 Yes, you can sit on the wing dam. Yes, you can sit there in the pouring rain. Yes, you can be wearing Crocs and a hoody pulled over your baseball cap. Yes, you can spend most of that time head down looking into the water and occasionally looking up. But.....
I had left the office and about 530 I was approaching the light at Washington's Crossing. Left takes me home. Right takes me to Lambertville. Theresa was at work. I had woke early and mowed and weed and feeded the lawn before the next few days deluge. I was free for a bit so I decided to hit the river. 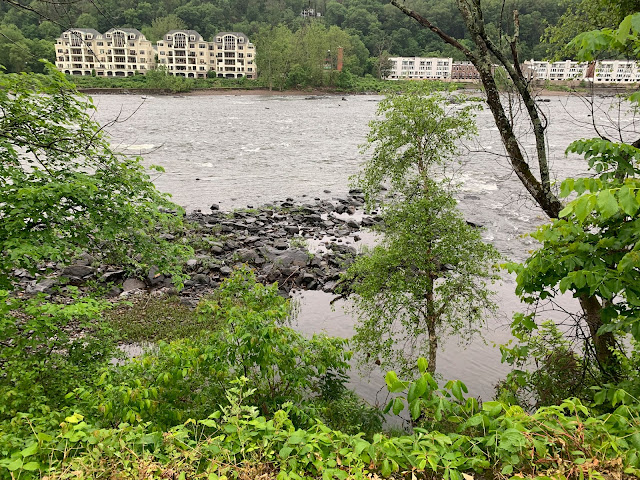 I fished the wing dam without a tap and decided to head south on the canal path as I had seen some fishy water the other day from the Pennsy side. As I walked the path I kept looking for some access but only found I was walking along an old stone wall some 30 feet above the river. 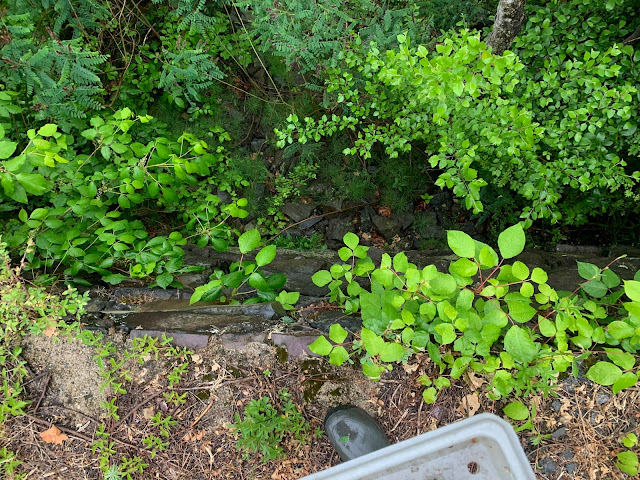 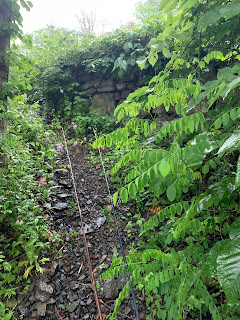 After walking about a quarter of a mile I headed back and found a spot that led down to the river. I made my way down and found some fishy water. That's when I saw her. I had seen her as I fished earlier walking along the path and then onto the wing dam. Now she sat, feet dangling, above the current. "Shit", I thought to myself, here we go. So I made some casts, lost a fly, tied on another, lost that one too. That was the sign. And then the heavens opened up.
As I walked back to the dam along the path I kept looking to the right to ensure she was there. As I made my way out and the rain went sideways she didn't move. Now I started to think of my plan. Call 911. Ditch the waders and find some way in to try and get her. But luckily she didn't budge.
I approached her and said, "You know, if you wind up in that river I'm going in after you". She replied, "You wouldn't have to do that". She asked if I was catching, "No, I'm fishing, not catching". So I made some short casts into water that could hold no fish just to stick around. Then I had to ask, "Are you good", "I wouldn't want to do anything foolish out here". 'I'm okay, Thank You for asking, more than you know".
The rain got harder and it was now who was going to leave first. After 10 minutes with the water soaking through my jacket and running down my back I said, "You take care and have a good night". She said, "Thank You, you too sir". 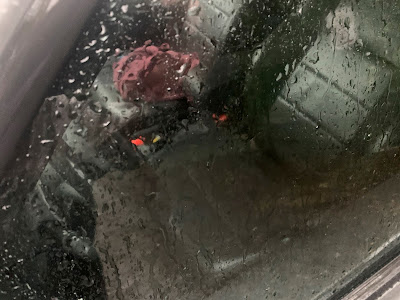 I felt uneasy walking back to my truck. As I passed her vehicle I took a peek inside to make sure there wasn't a note left. I went to my truck and took off my waders and made a move to leave, but she wasn't back yet. So I went back. When I could see the dam there was no one on it but in the same instant I saw her walking on the path. I pretended I was picking something up, like I had dropped something and turned and walked back. I waited in my truck a few minutes until I heard her truck door slam. There was nothing more I can do.
Maybe today wasn't her day. Maybe I was reading into more than was there. But either way I felt better. If you see someone that looks they might be in a bad way. Engage them. Let them know you are concerned. Sometimes in that quick moment just the thought that someone cares can turn their day around. 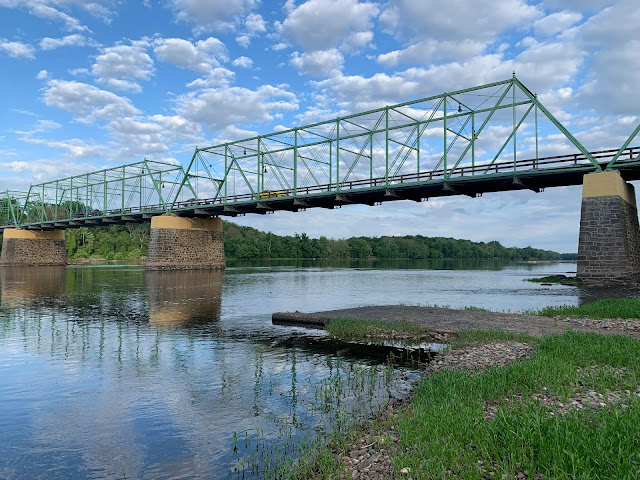 At first light I decided to give it a go, I know, I said I was done. But these little trips are like playing with house money, no expectations and nothing lost. I tried the popper, waiting to see this popper fishery go off, and then a small Deciever. I landed a smallmouth that wasn't much bigger than the fly.
The weather is crappy the whole weekend. Heading down to Cape May. The jetty there might be calling my name. I love fishing in snotty weather, and maybe the fish I didnt catch at Mile Marker 130 will be at Exit 0.
Posted by The Average Angler at 8:00 PM