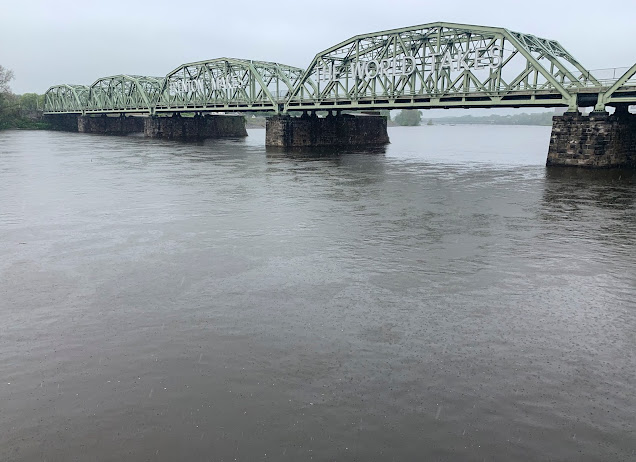 Had a nice lunch break so ran down to hit the top of the tide and the outgoing. Raining, slightly off-color, perfect.....and not a tap. Here's what I think. The big girls are gone. The smaller fish haven't arrived just yet. And, in my opinion, there are maybe 25 herring in the river. I have fished hard and haven't caught, and I think, maybe I'm wrong, its just there's not alot of fish around. Why? 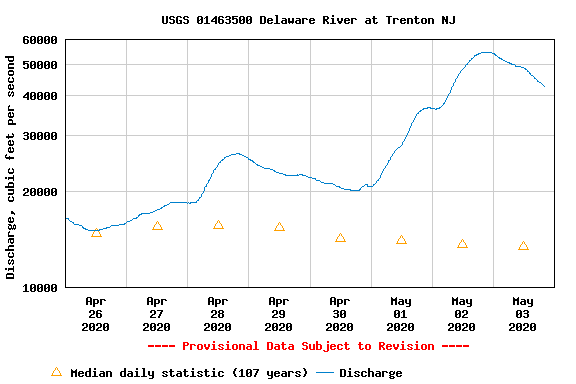 Last year this week the river was blown out going from a steady 20,000 cfs's to over 50,000 ifs. This year we've been around 7,000 ifs and are just now hitting some highs of 13,000. There's not a lot of water, from the Upper Delaware down here which is Mid Delaware. Also, the water temps 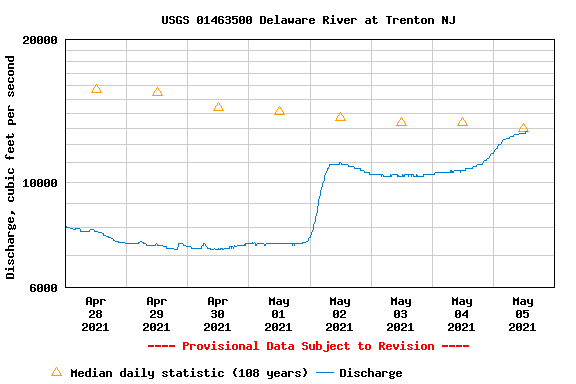 are higher, last year this week just hitting 55 degrees, and not this year we have hit 64 degrees already and have been having a see-saw fluctuation which drives the fish crazy, and not always in 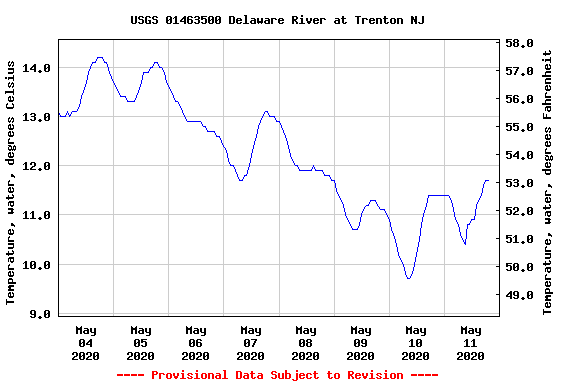 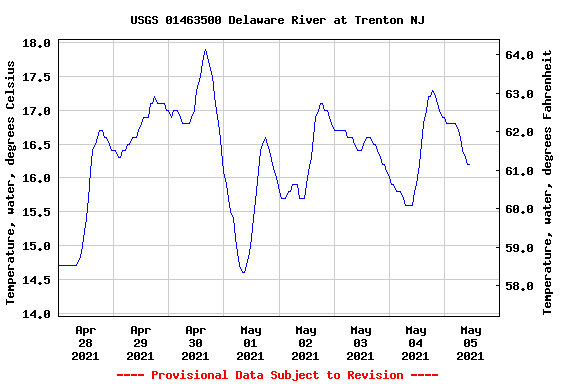 a good way. Between the water levels and temps the spawn was south and gone. Yes, there was some bigger fish caught around, but the numbers of fish were less. We had early bass, some keepers, and then lots of waiting and work to get into the big fish. I was there when they were caught, and have seen the light, well dark, nd now wait for, say, phase three of the season to begin.

I tied up some flies to replenish my stock as they have all met the battle field that is the Delaware. One thing, I'm not sure about putting eyes on flies, in general, as when I do it most get applied with Super Glue which them compresses the bucktail tight to the hook shank. Many of the famous tyers don't use eyes, or if they have to they'll use Jungle Cock. I fished both sides of the river, and 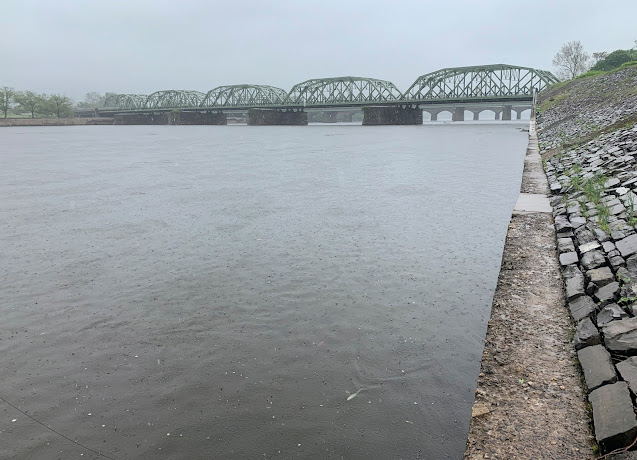 fished it well, I think, but again not a tap. If you look at the above image you can see the above fly in the water, it did look good, surprises it didn't get a look or a bite. By the end I was working the seams of the dam and the eddy that ran into it, again surprised no one was home. I'm going to give it a rest the next few days, hoping the river fills up out and the temperatures stay steady. I'm ready for some 30 inch bass, and more than one per outing. 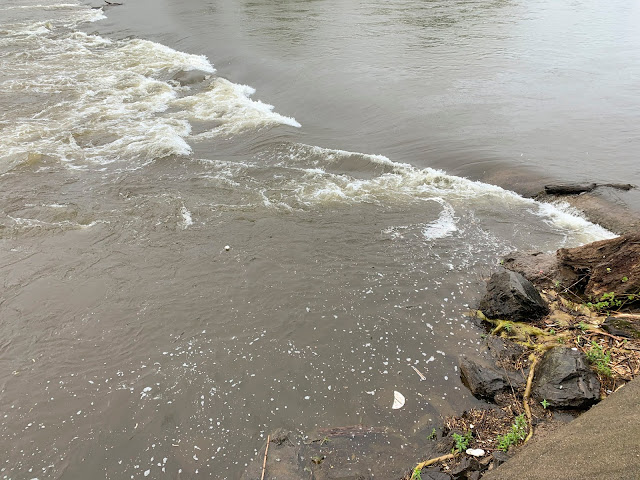 Posted by The Average Angler at 2:06 PM