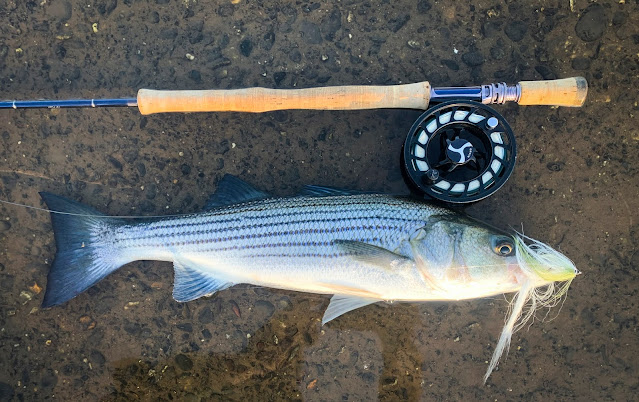 "That's how someone gets thrown in the river...." Really? I tried upstream this morning. Beautiful morning before the heat up the next two days. Wanted to try something different. Got down to the river and found a guy at the tip of the wing dam. Of course I stayed clear and then after he left I took up position. Water is moving, and fly fishing is difficult, especially since I was weighed down with only a 300 gr line. 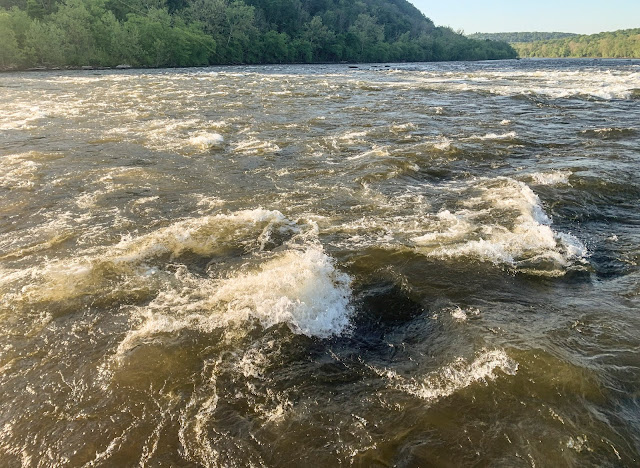 Found a seam behind some submerged large rocks and went tight with the above fish, which felt much bigger in the bigger and faster water. After landing it and going back to casting I saw someone approach and then set up right next to me. Okay, not my river, a tad close in my opinion, but I was obviously in a spot that he wanted. To that I say, get up a little earlier. 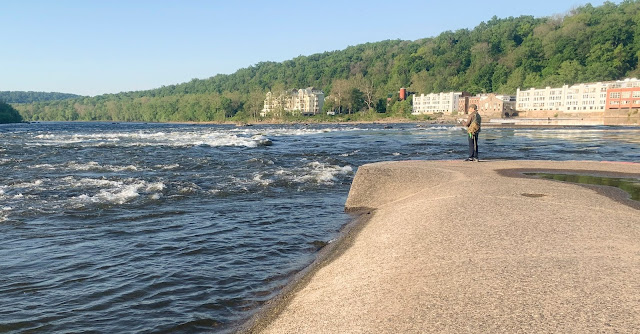 He then moves behind me and to my right and on my next backcast I wrapped my line around his head, and said, "You do always mug people when you're fishing?" He then, angrily, tells me he's "been fishing here his whole life", and "there's room for everyone", and topping it off with "Thats how someone gets thrown in the river.....".

Now last week I survived someone pulling an 8 inch gut knife on us while in Texas so this didn't really get my back hair up. I answered "Okay, bring it", which he gave no response. After that, I was done, but held in for about a half and hour more just to piss him off. He landed one small bass with an obvious bravado that he knows how to fish. I usually don't get bothered, but, "Fuck this guy".

As I continue to learn this river I came to realization that there are still some bigger fish around, and they prefer the faster water and mores when its skinny then on a flood tide. I guess it makes them find holds and have to react quickly to a possible meal swimming by, like this morning. 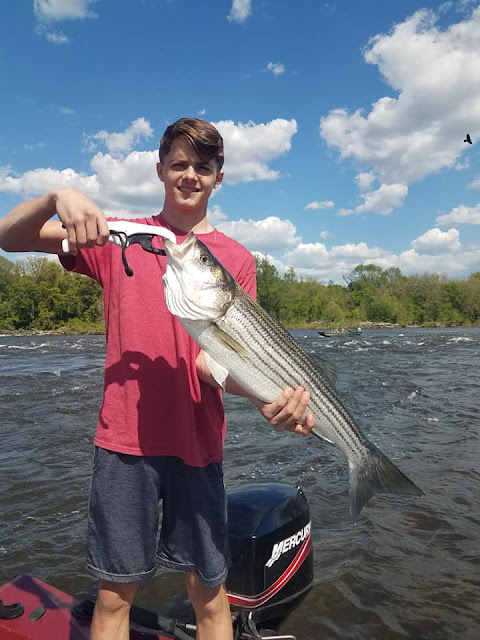 Bruce Pashley photo from FB
When I see the boats in the river they are concentrated by the rapids, anchored up and throwing plugs, shads or swimmers behind breaks, rocks and dams. The tides have been full at first light and in the evening, when I can fish around work but that is changing more this week. I'm ready for some 28-32" bass on the fly, and don't want to make the trek to the bay or river just yet.
Posted by The Average Angler at 8:25 AM