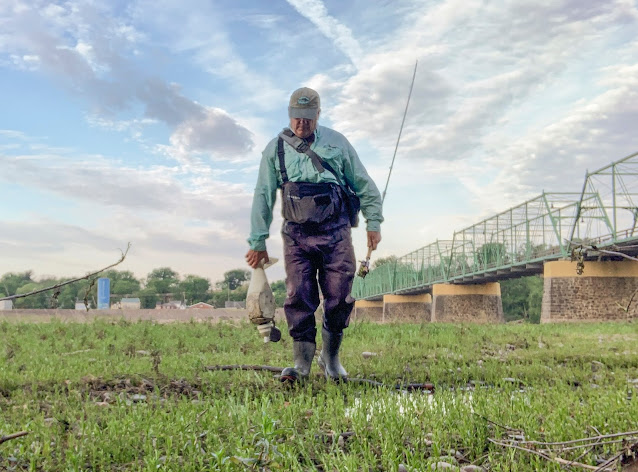 Alright, enough, almost stabbed, threatened to be thrown in the river, and now I find a torpedo in the river. So, here's how that goes. Didn't want to go fishing. In a funk lately and not feeling it. But I go. Maybe get there about 5 am and go to get set up and I have no stripping basket and one fly. 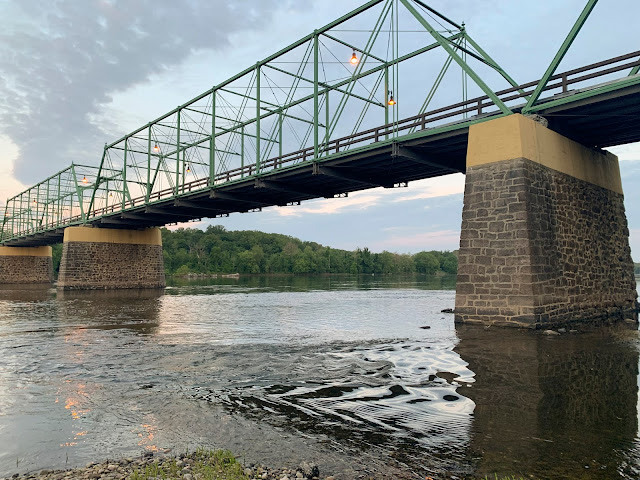 Picked a spot where I thought I could fish without a basket. Started throwing my one fly and playing line manager as I try both singles and two handed strips. I didn't get a tap and moved 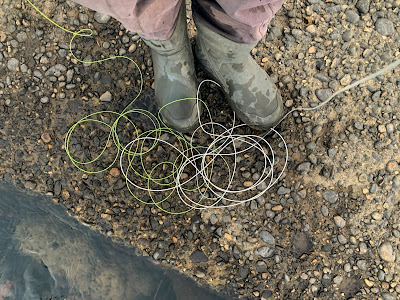 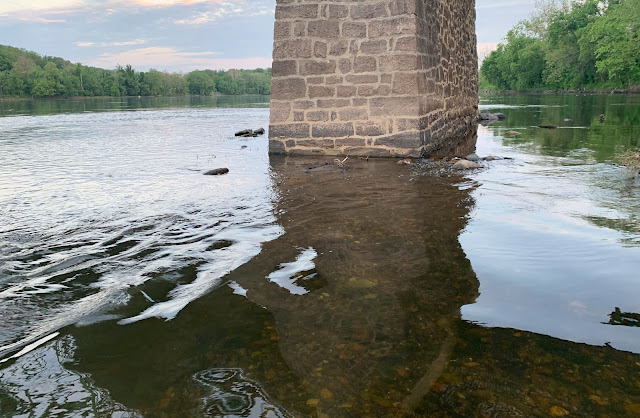 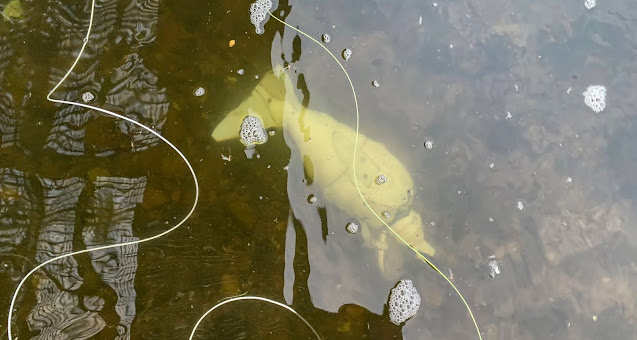 and moved upstream to work around an abutment. I could see something in the water and it looked like a rack from big dead bass on the bottom of the river. Looking closer I see its shaped like a torpedo and I thought maybe someone stole something and threw it off the river. So I reach down and grab it and pull it up. At first I didnt see the USGS sticker on it and now figure it must be part of the flow/temperature data collection system. Is it supposed to lay on the bottom, the wrong way? Not sure I figured I better take it. It might have got damaged or its mooring line cut through in the skinny water by a propeller. 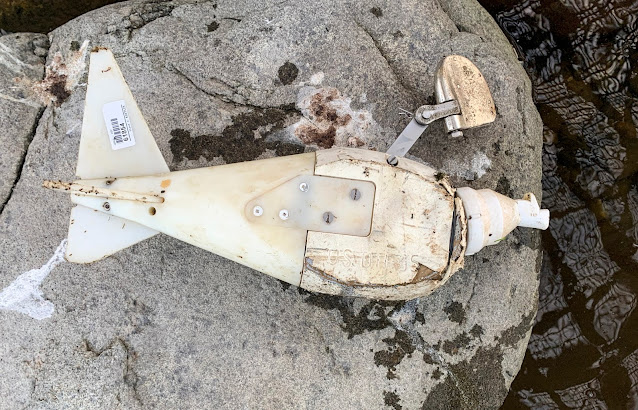 I placed it down and went fishing, using the lasso skills I saw down in Texas I managed to catch a 22" bass that flipped off as I reached down to lip it. It was one and done and I had to get out of there 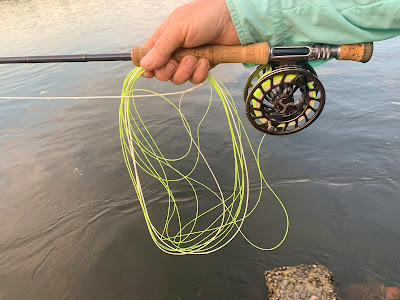 to find out who to turn this over to. I looked up the USGS Trenton website and see that information stopped being transmitted. Would this thing pick up the temperature from the A/C in my Yukon. Will some bot of a computer program read there is no water flow down in Trenton, although Montagauge is the gauge they use, and release the dams of the Cannonsville and Pepacton Reservoirs? Would the rivers then get blown out, towns flooded, and all of the fish pushed out to sea? 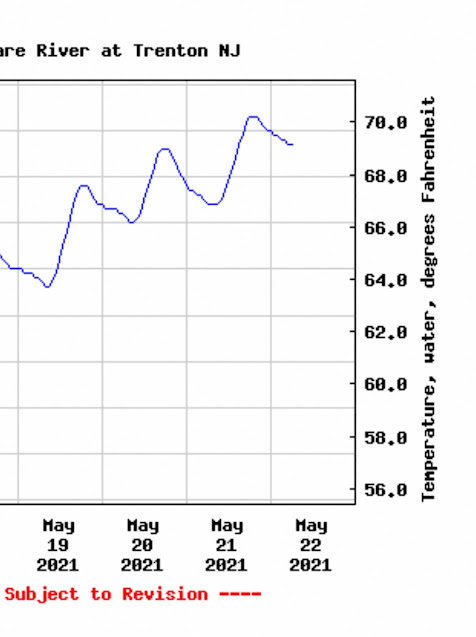 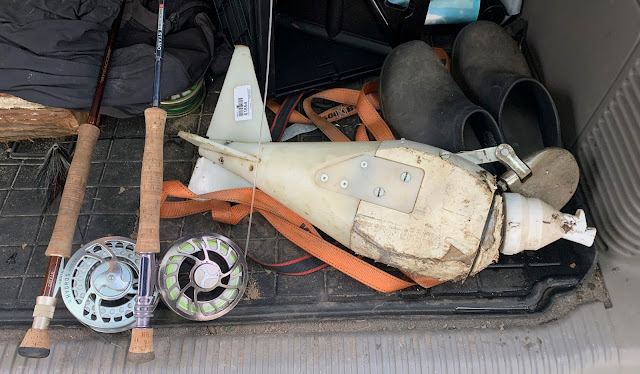 So I get home and call my buddy Paul Eidman, he knows this kind of shit. "Call the NJ DEC Hotline", he said, I do, no help. I call the USGS, message as offices closed, the USFWS nobody answers. So I head over to the US Park Police at Washingtons Crossing, no cops there. There is a young girl, seasonal probably, that puts me in touch with her boss Neil, who didn't know who to contact but said I could leave it. WHEW! I got rid of the hand grenade. 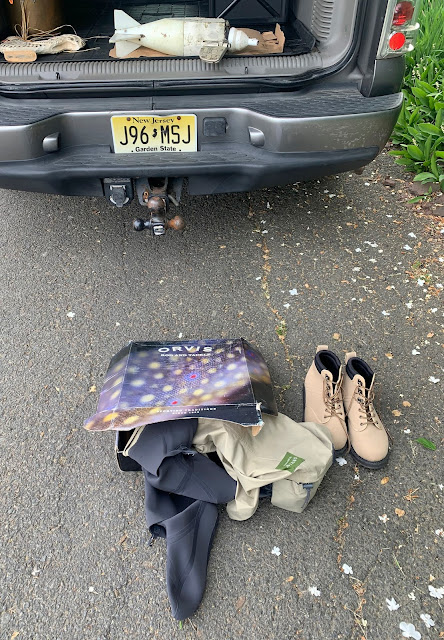 On my way to the police station I found a yard sale and scored a pair of Orvis stocking foot waders, retail $259 and a pair of Frogg Togg boots both for $40. Perfect, as I lost somewhere in my many moves my freshwater wader set up. With Leif heading up to the East Branch next week these could come in handy...mmmmmm....... 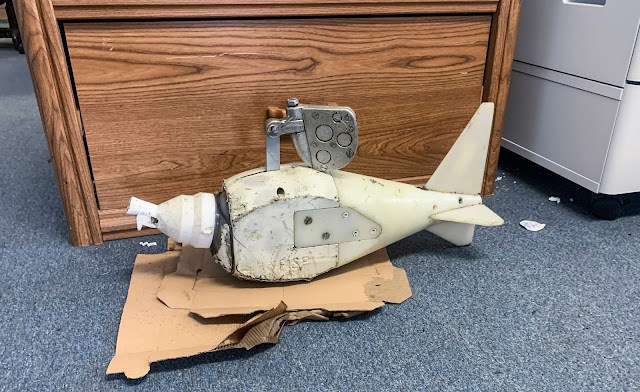 So what is this thing? As I write this at 731 PM I see the data from the USGS at Trenton is up and running. You can see that below, which was transmitted at 1800 hours today. So luckily the end 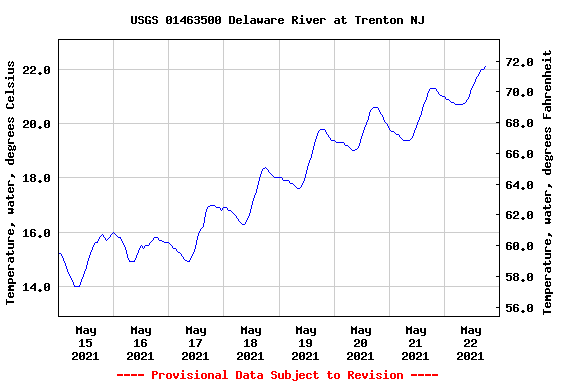 of the world didn't happen due to me. People are still able to get current information on the Statius of the river, again, whew! If I didn't know myself I wouldn't believe half of the things I write and talk about, but seriously, I never lie, ever.

Posted by The Average Angler at 7:34 PM