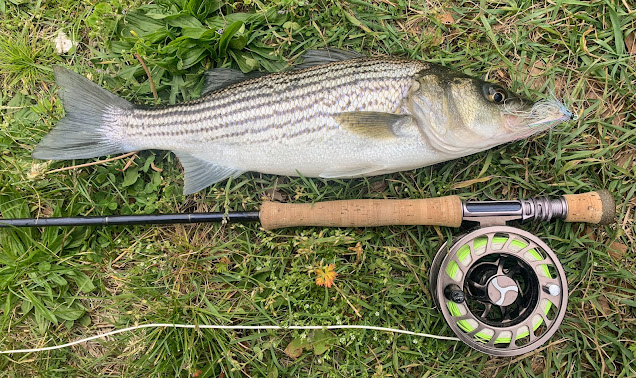 Couldn't pass up a short window so to the river I went. Incoming tide, midway, so not a lot of water but it filled in quickly. One little guy to start off the quick session and then a jump to spot 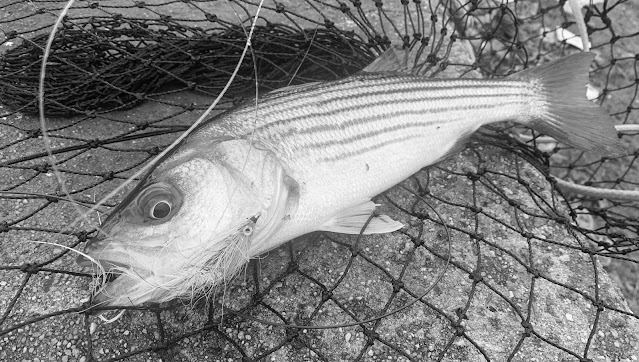 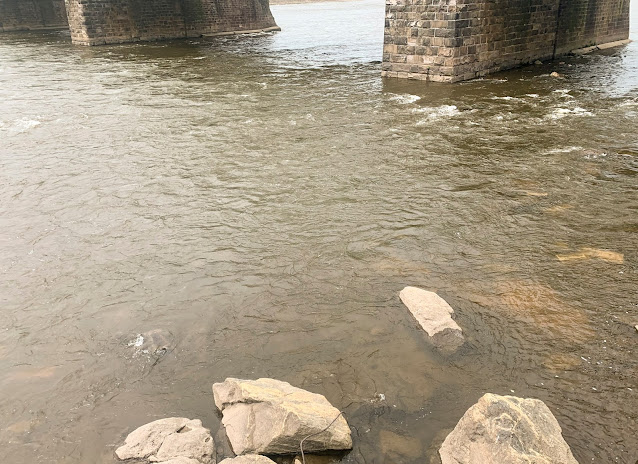 number two. This was a cool fish. Casing over the rocks tops he tracked and ate it just where I thought one might be. Good fighter and came to the pier net without a hassle. After removing the fly I saw the tag hanging out of the fish. On it it had REWARD and the number for the USFWS. I called the number on the way home and left a message with the tag number and length which was 19 inches. I can't seem to avoid these smaller fish, but, again, there are way many more days of better fish ahead, so I am told.

As far as the tag. I never know what to do. Since the fish was being released I figured best to leave it in so if it is caught again they can further track the fishes progress. Once I get the story the the authorities I'll pass it along in a future blog post. 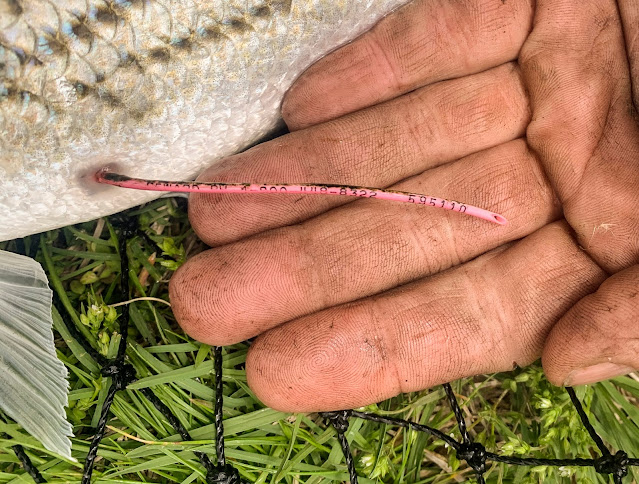 Posted by The Average Angler at 2:50 PM