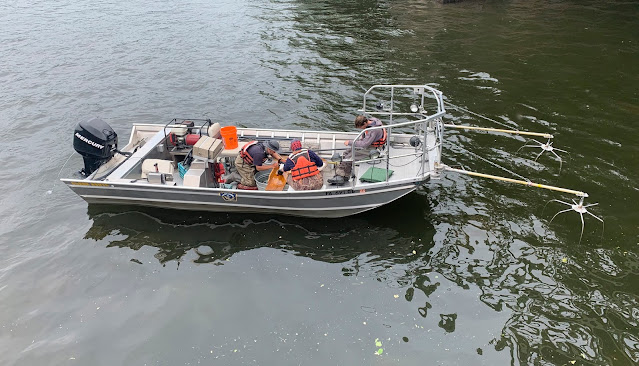 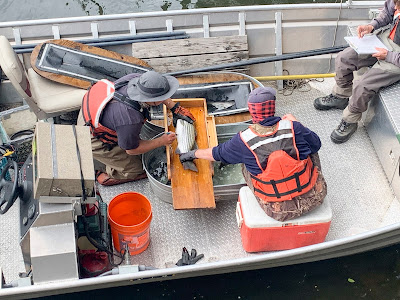 Pulled into my favorite high water spot and looked down and saw the PA Fish and Game in the middle of tagging striped bass they had electroshocked in the river. They tagged a bunch with one looking like it was keeper sized. They would tag a bunch, pull anchor and then cover new sections of the river, scoop the stunned fish, and start tagging again. With that I knew it wasn't the time to fish. 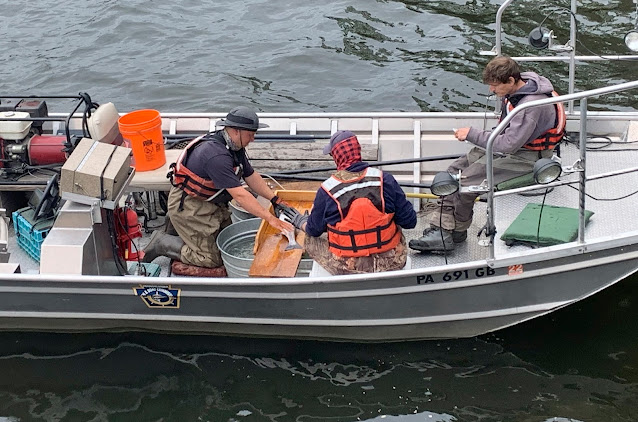 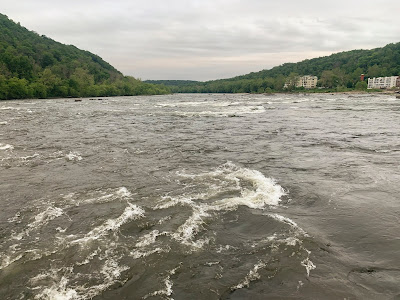 This morning I went north and had the place to myself. A guy across the border put on a pocket water clinic landing at least six while I was there. He was using a spinning rod with what looked like Mister Twister type shads. I didn't get a bite. River has dropped a bit making it more fly roddable but I only had a short twenty minute window that had me frustrated. The river is alive with bugs and last night at DQ they were all over the ice cream shack. Sulfurs, Iso's, and a March Brown or two. Would be cool if the striped bass would key on them and you could get them on drys. 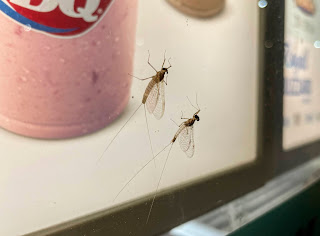 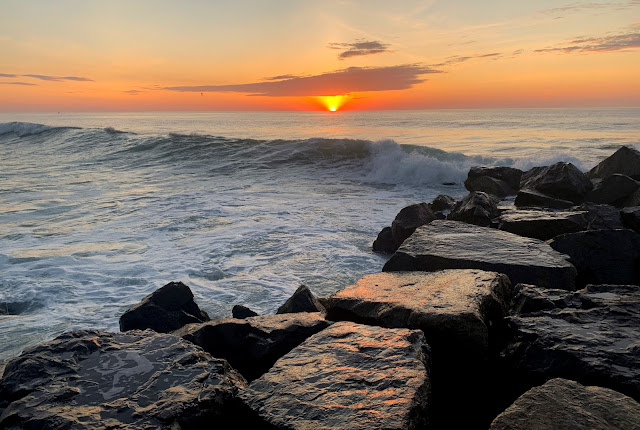 And yesterday I took the drive to the beach for the top of the flood tide. Looked good, too good, and I only managed one tap which could have been a bass, blue, or fluke. I was disappointed as the conditions again were great, but you can only catch whats in front of you. 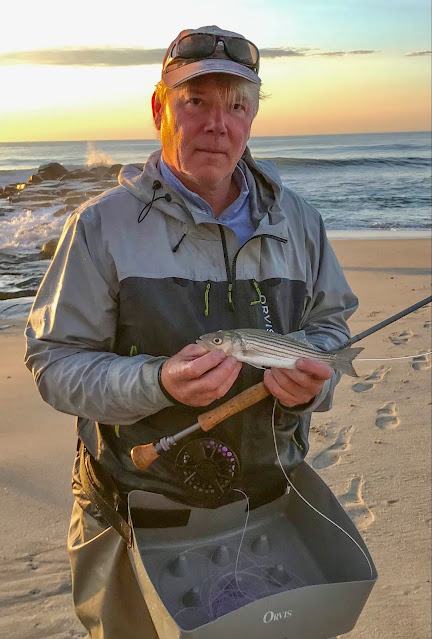 Leif has become famous from this blog, and the invention of the Ugly Ass Fly, and has drawn a large gallery when he fishes, kind of like Phil Mickelson at the PGA Championship this weekend. Its okay, as long as you keep your distance and be quite, and when the flag goes up......Shhhhhh.

And in the "Cmon Man" section, six people out for a charter and that's what they kept. How much meat do you need and how many bass do you need to kill? I think its too much, and the Captains have to do a better job on limiting the kill, no matter what the regs are at the moment. 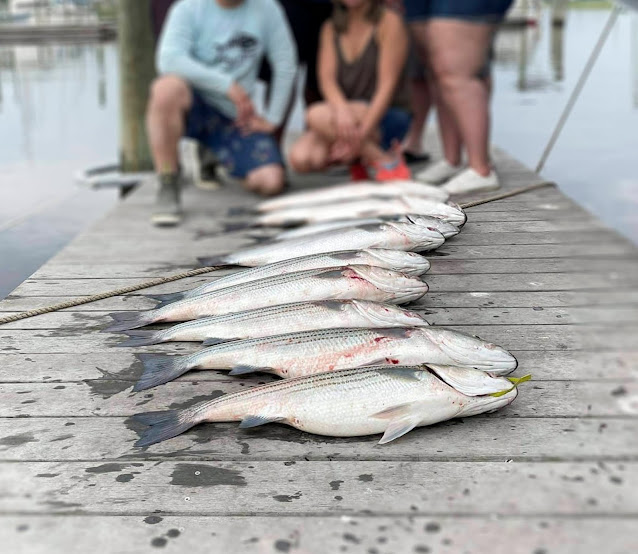 Posted by The Average Angler at 2:52 PM