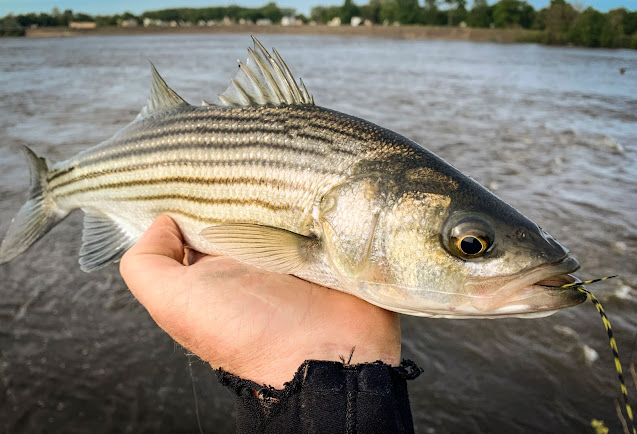 I can't believe it but should. Anyway, that later. Happy Mother's Day out there today, and to my own dear Mother who also celebrated her 75th birthday this week. Started things off with a bang 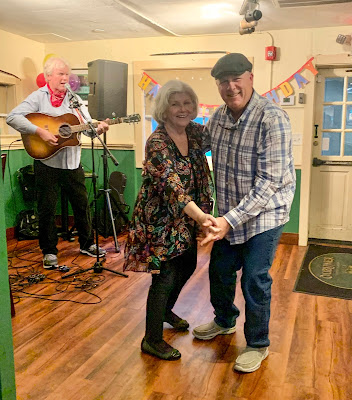 with a surprise party at The Dubliner in New Hope and then off for a few days down at the place in Cape May where most of the time was spent by me and my brother spreading 120 tons of stone and then the three of house hitting yard sales in Cape May County.  I'm thankful she's my mom, been through the ringer and back, and is always there when needed.
In our lives we are touched or are forced to be touched by so many people. We have parents, and step parents, and those that have become our parents either through adoption or just filling a role due to a void that has formed. In my life I've had several and created several non-traditional parent roles, and to all of those moms and stepmoms I am grateful for stepping in when needed. My wife Theresa is a great mom and stepmom and has really went the distance to create a beautiful extended family 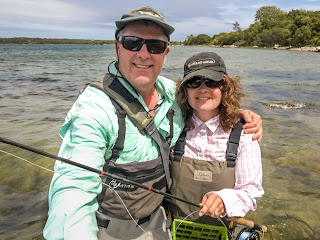 with seven great children. While at times we feel as parents under appreciated I thankful for her for all that she does. I'm also lucky to have a great stepmother in Patty. And I am also proud in my sisters and sister-in-laws who have become great moms in their own right. 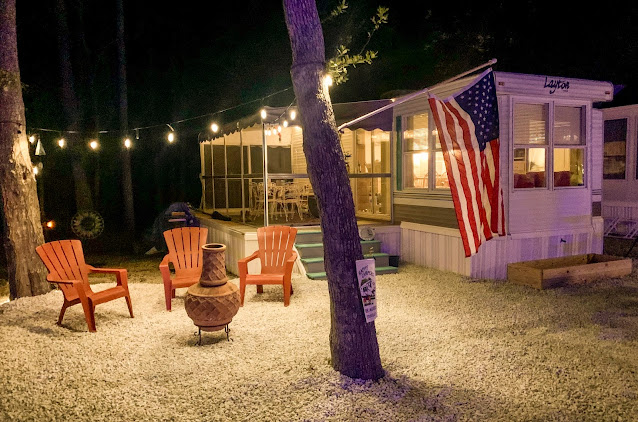 So Cape May was nice, place looks good. One of theses days I'm going to bring some fly rods down and start to give that a go. There's a lot of water down there, Delaware Bay, rivers, inlets, estuaries, out front- there's got to be a lot of fish that stop and or pass by the tip of New Jersey. 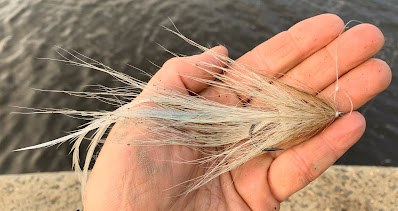 After seeing Theresa off to work I tied up a quick fly and headed down. Outgoing tide, river up a tad, so I had to wake to spots or just fish where I could thinking the bass would have taken up lies in the pocket water. Moved a decent fish but never saw it again after a bunch of casts. 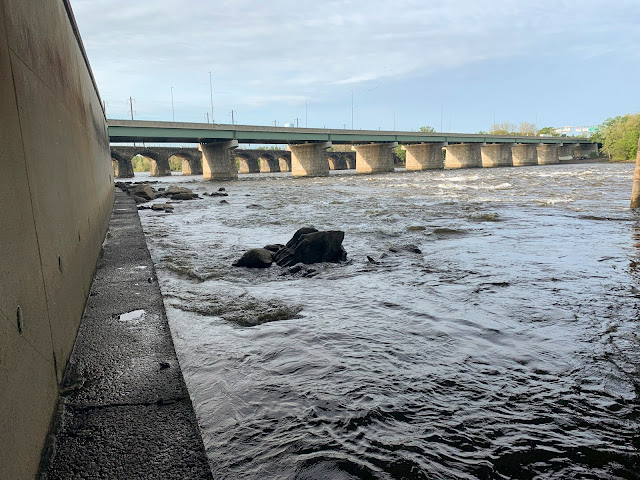 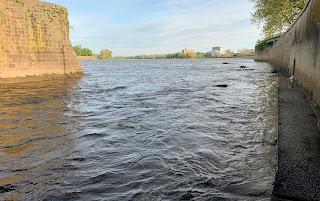 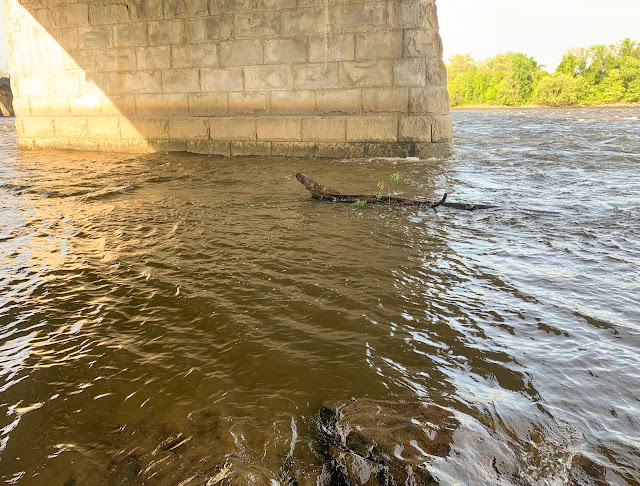 If you play with fire you're gonna get burned. That log was on fire. It protected a great looking run and I fished all around it without a tap. I made a cast, a wrong move, as it was a little to far upstream and don't you know I caught that timber and it was all she wrote for that fly. 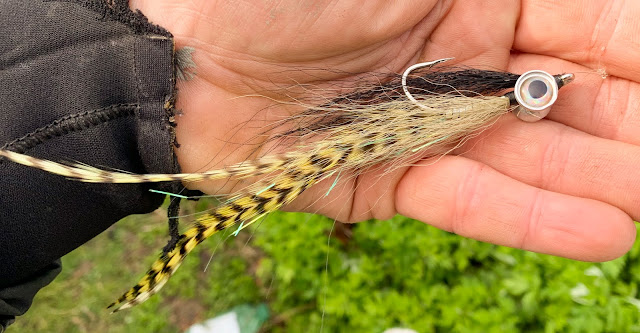 I looked in my fly wallet and all there was was, yep, and old UAF, an "Ugly Ass Fly". I just shook. my head knowing once I got this thing wet something would eat it. Tied it one, second cast, I was tight. I was disgusted, but happy all the same. This may be the overall best striped bass producing fly there is, tied by Leif Pettersen. After 11 years of knowing him, I still don't know how to spell his name correctly. I have seen this work from beach, boat, and now river. Blues, bass, fluke, albies, stargazers, sea robins...you name it, it'll eat it. The beauty of this fly is its simplicity and ease to tie. Some look great, some just plain horrible, or just ugly.

Posted by The Average Angler at 10:26 AM