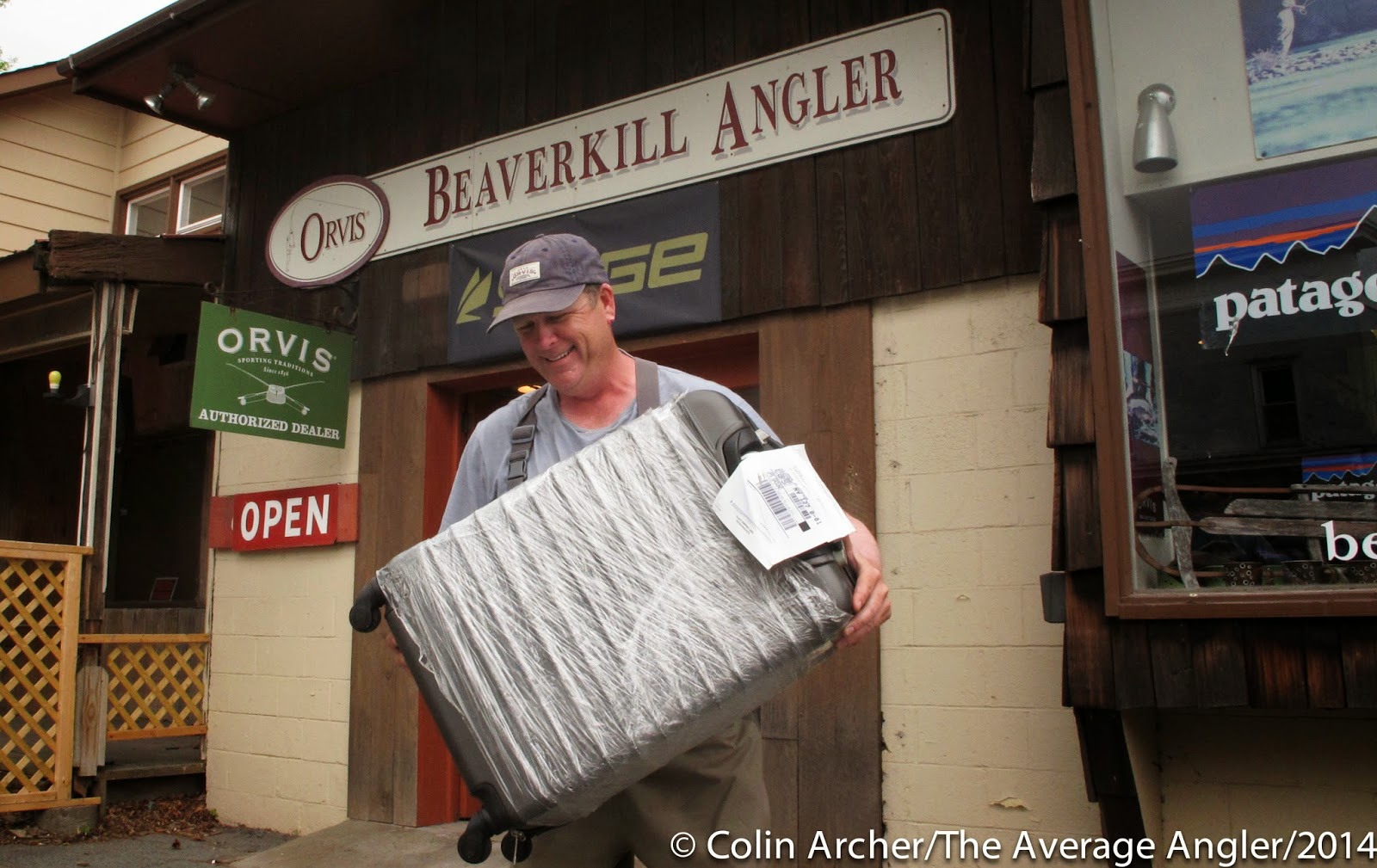 It's 358 am on Tuesday June 3rd. Just getting home from a great week on the Upper Delaware. Would love to sit and write a novel but I'll have to keep it short as I am beat up and tired.

Week started off good. Dropped my daughter off to school and went and saw my therapist, because I'm almost normal. Anyway, when I get there the gate to my pickup is down......I look inside, nothing looked missing so I closed it and went inside to get right in the head.
I got up to Bunky's guide shack and started unloading stuff. Gear, food, cameras.....'Charlie, where's my suitcase?".......It was then that I realized what was missing from the back of my truck, my suitcase. I quickly called my son Ryan and friend Jason Dapra to trace my morning steps and see if it was on the side of the road. As they went on the mission I called the Middletown NJ PD who told me that someone had turned it in during the day.....whew...what luck.
I told Charlie that the next day we would be taking a ride to New Jersey to get it. I reached out to the Facebook community to see if anyone was coming up and could bring it for me. Then Charlie had an idea...have UPS ship it. I called my son Ryan who went to pick it up and get it to UPS in a half an hour so I could have it the next day.....$38 bucks and it was done and arrived at The Beaverkill Angler the next day. Thanks to all who helped or tried to help, and especially to the kind soul that turned it in. 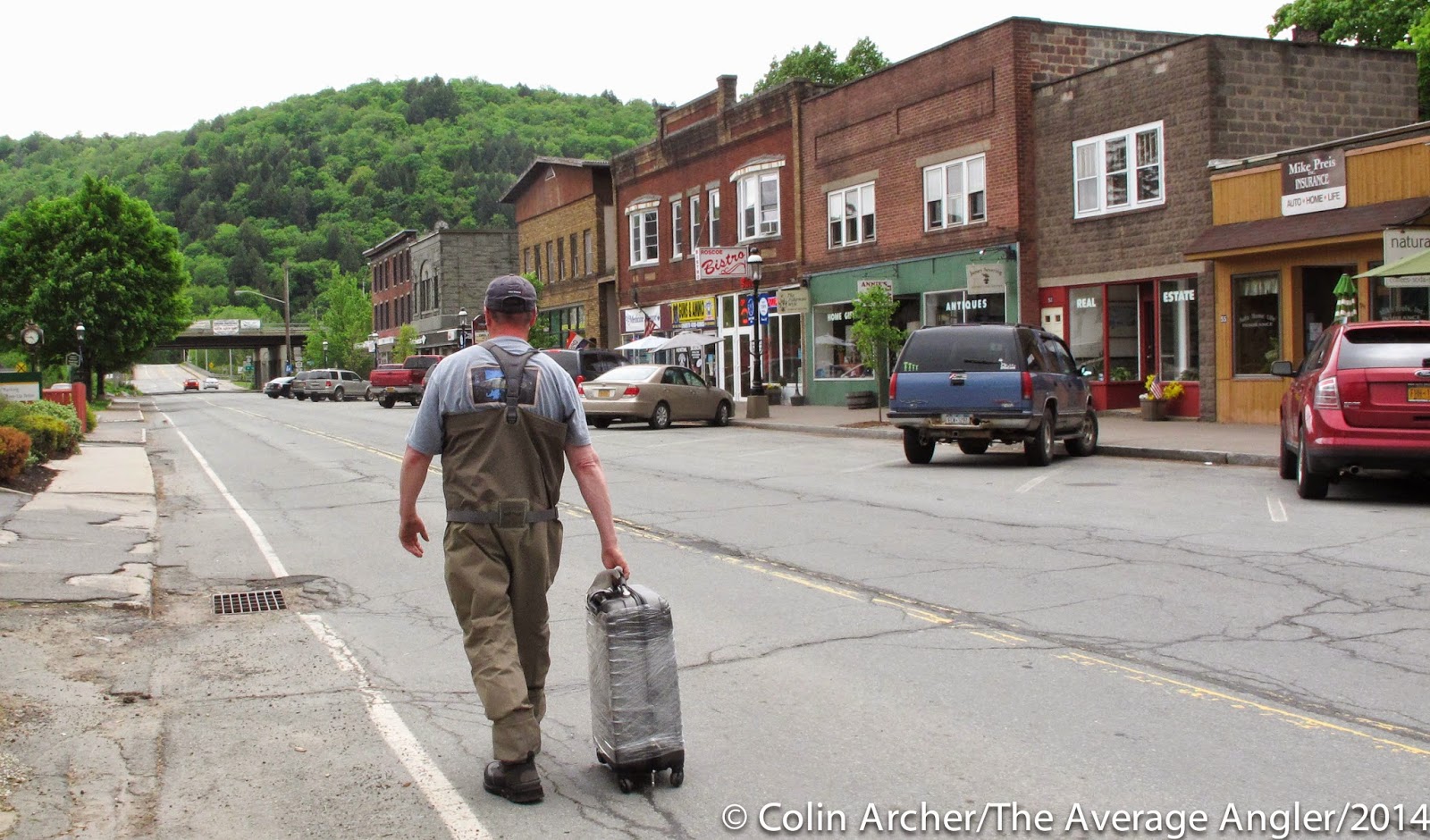 I opened up the week with Ron. I had fished with Ron in the salt and when he saw I had some openings I had posted on the blog he jumped at the chance to float. We had a great day...a little on the slow side but we managed his first Delaware brown trout....and his first Delaware chub. 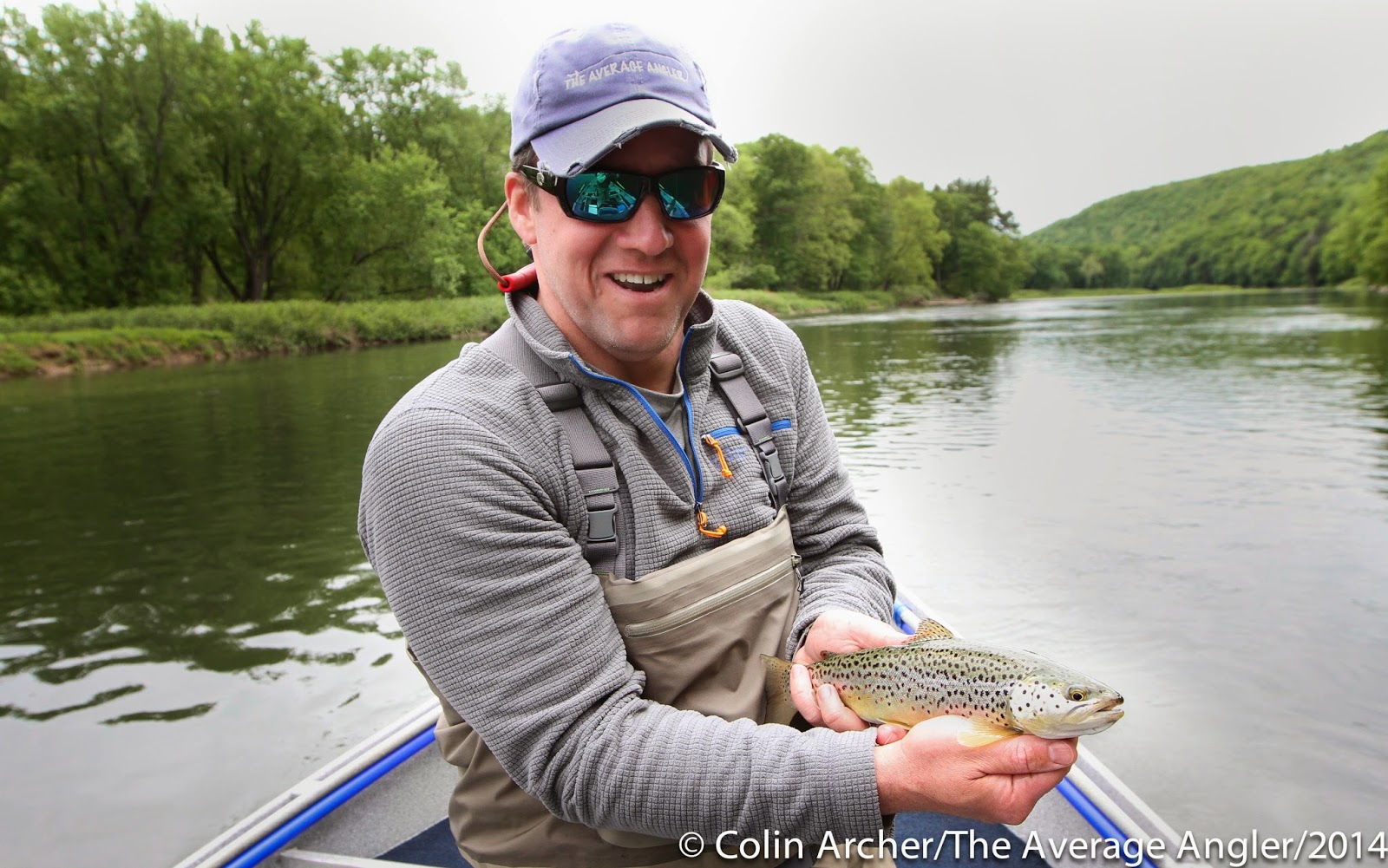 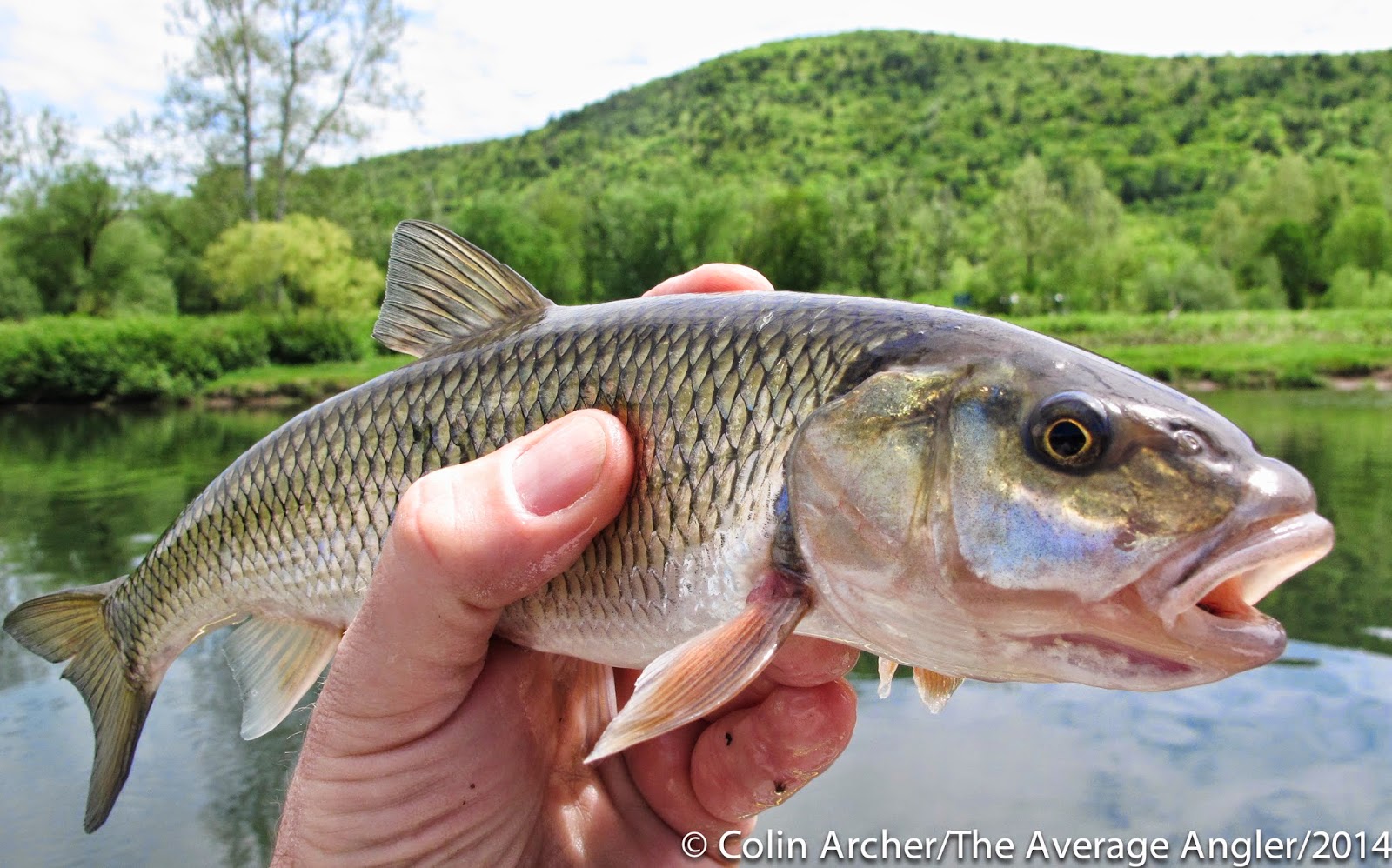 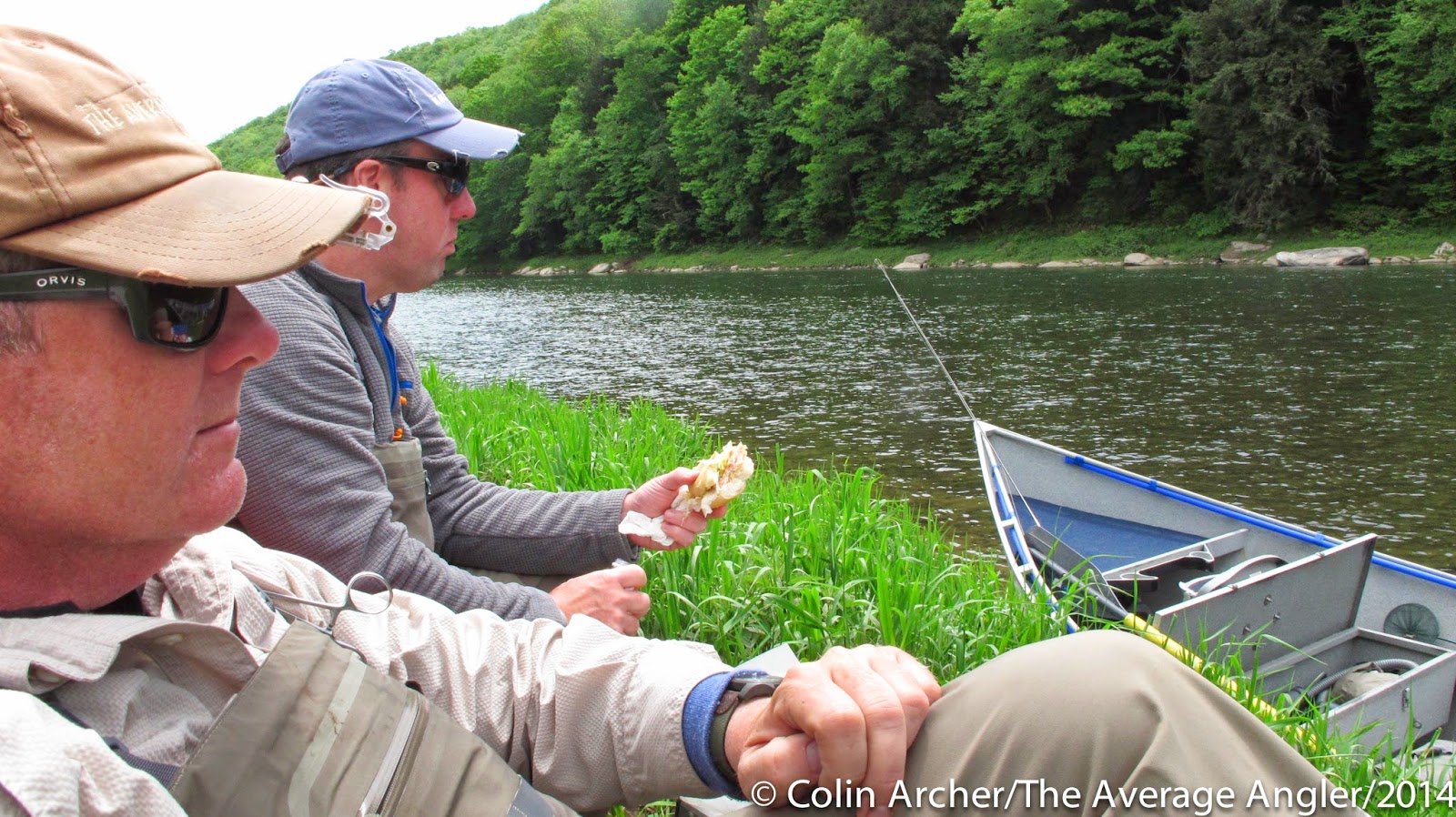 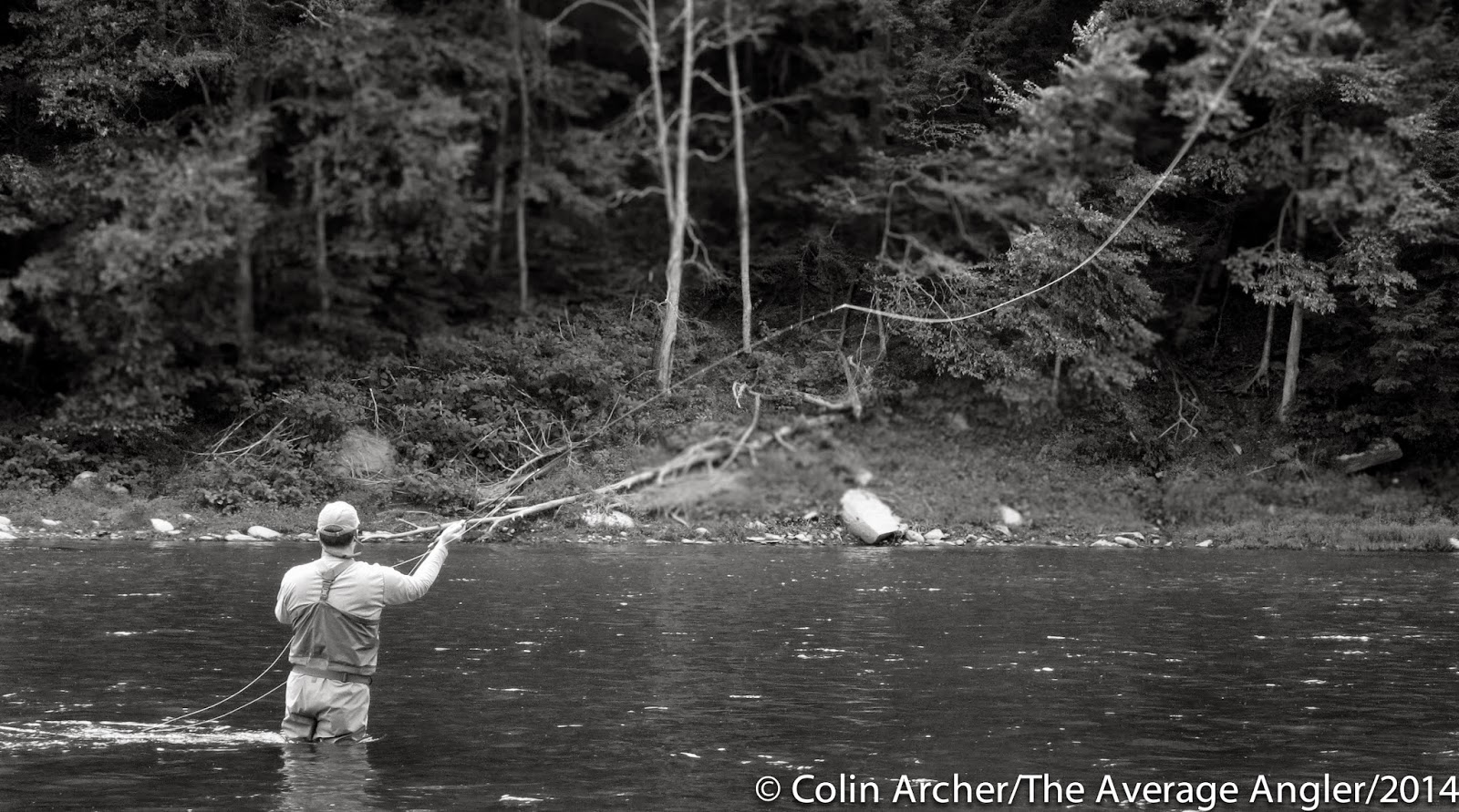 On day two I had Chris and Ernie out on a nice but very windy day. Tough day for casting a fly and slow going into the evening. Ernie got a nice rainbow before lunch and as the float went on we saw 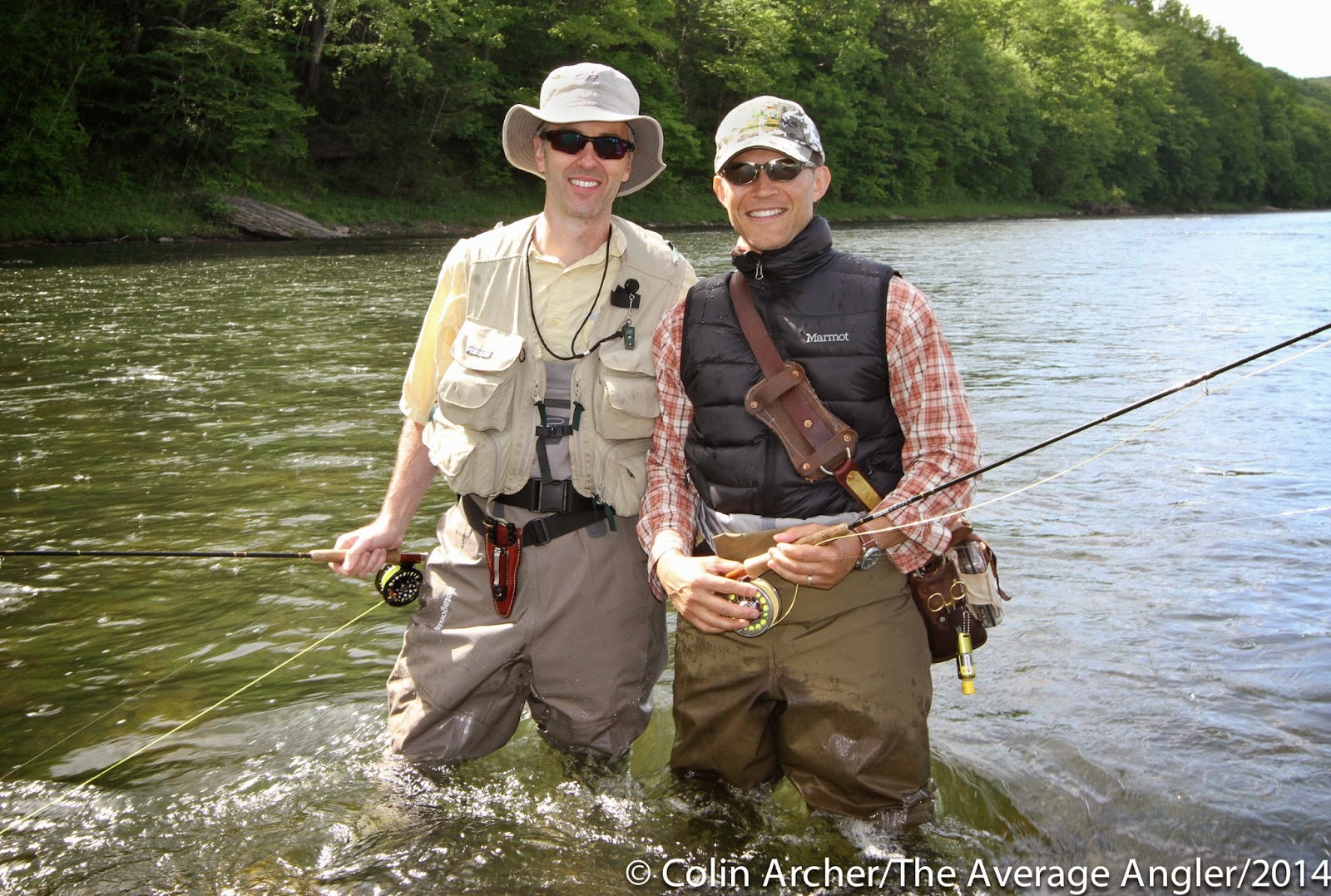 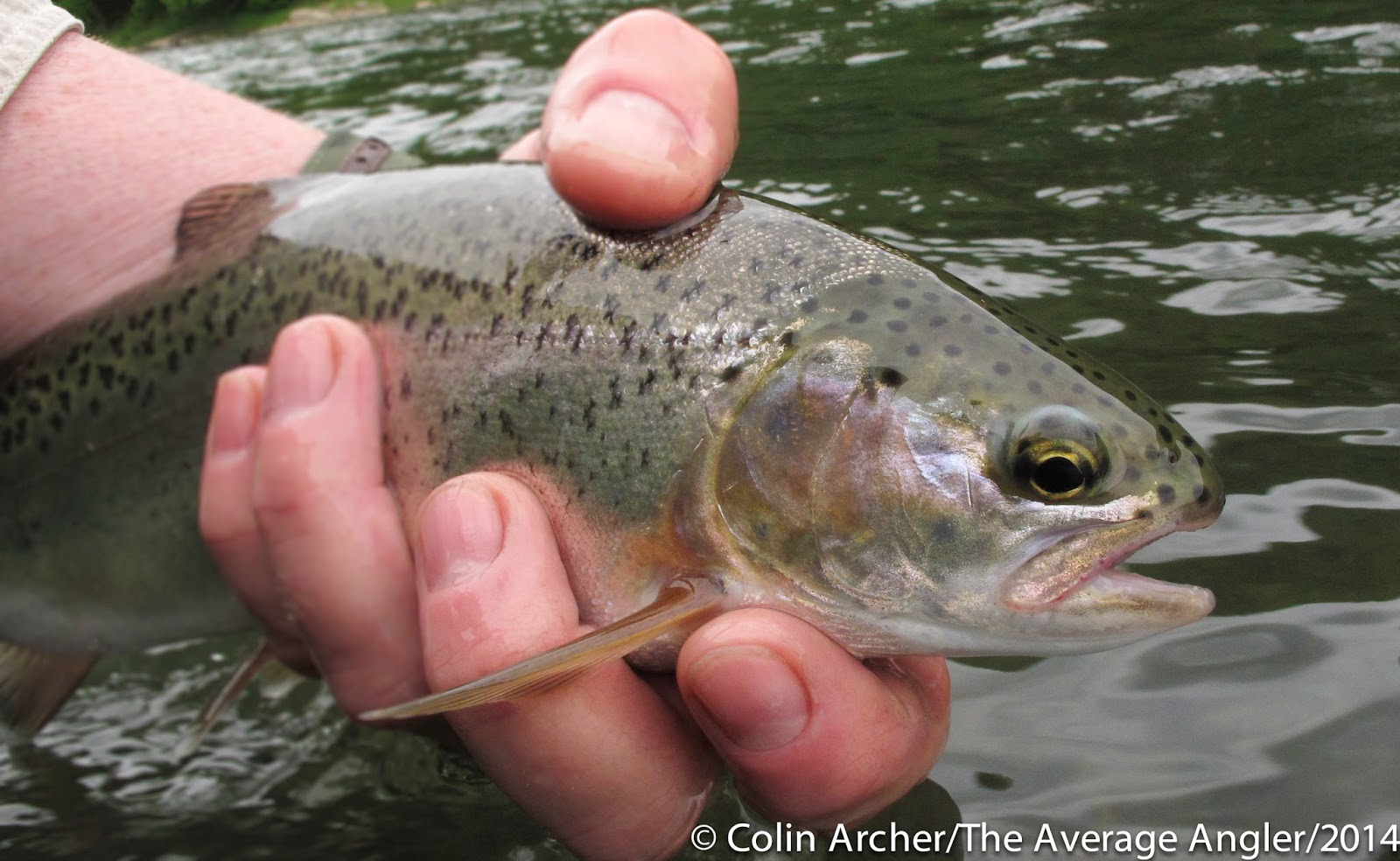 more and more Green Drakes on the water. We hoped it was a good sign for things to come but as the sun went down things never lit up. It was a great day albeit a tough one. 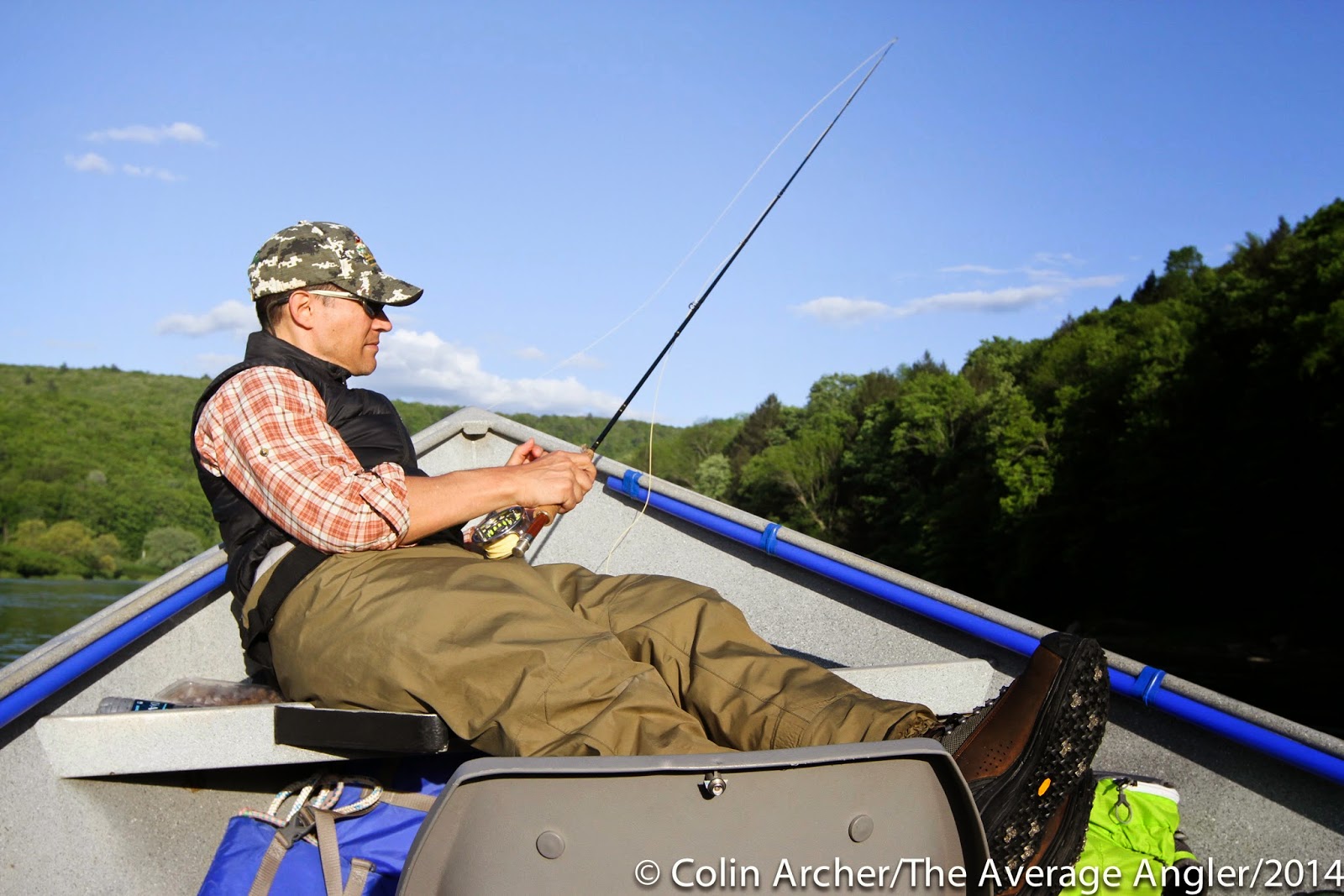 On day three I had Matt and Doug out for a walk and wade trip set up by The Beaverkill Angler. They had talked about the Beaverkill, but after the introductions they told me they were staying on the lower West Branch...so we changed plans. We hit Hancock for licenses and lunches and headed out. After a little lesson and strategy Doug caught a nice shad on a nymph in some fast water. We bounced 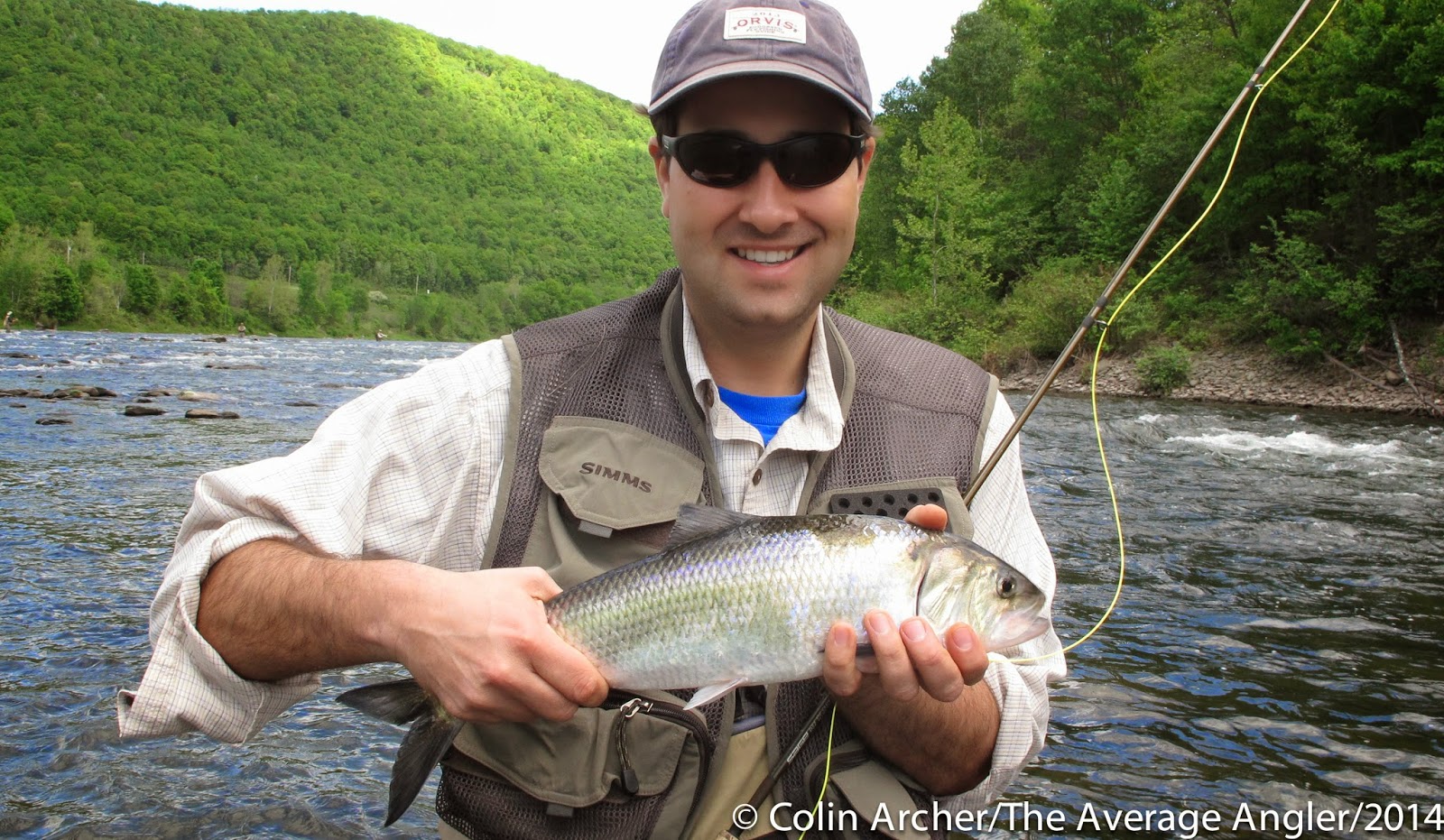 from spot to spot stopping for lunch at Bard Parker before setting off on foot to hopefully catch some Sulfurs hatching and some fish rising....that never came. It turned out to be a slow bug and fish day. We went through some casting lessons and I tired on some emergers so they could practice keeping flies "up" and drag free. They fished a smaller and skinnier channel and in a few minutes Matt hooked and landed his first Delaware brown trout. The evening before they watched as fish blew up in front on the place they were staying so we ended up back at their ranch hoping for a repeat...but that never came.
It was a nice evening hang with some great guys who I look forward to fishing with again. 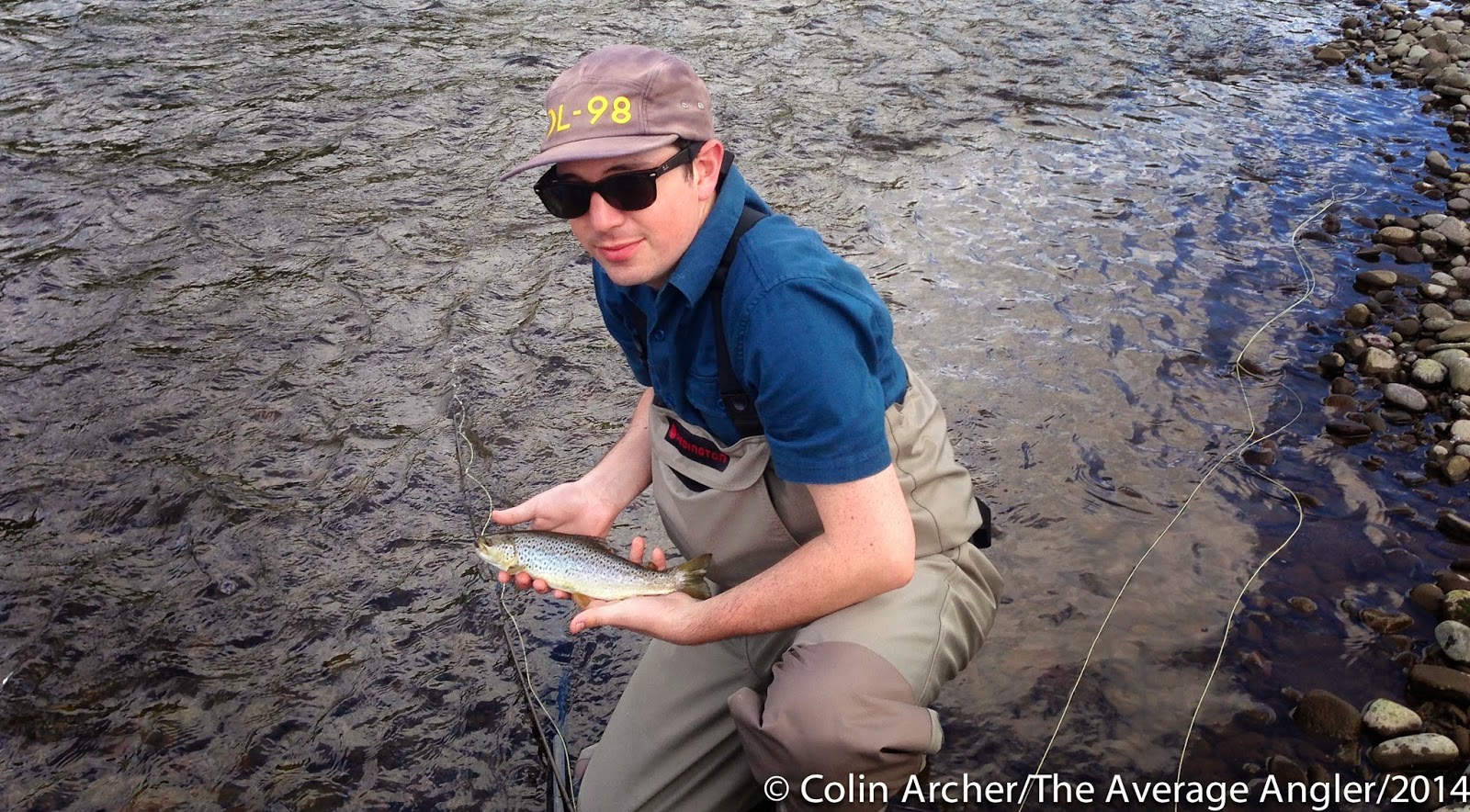 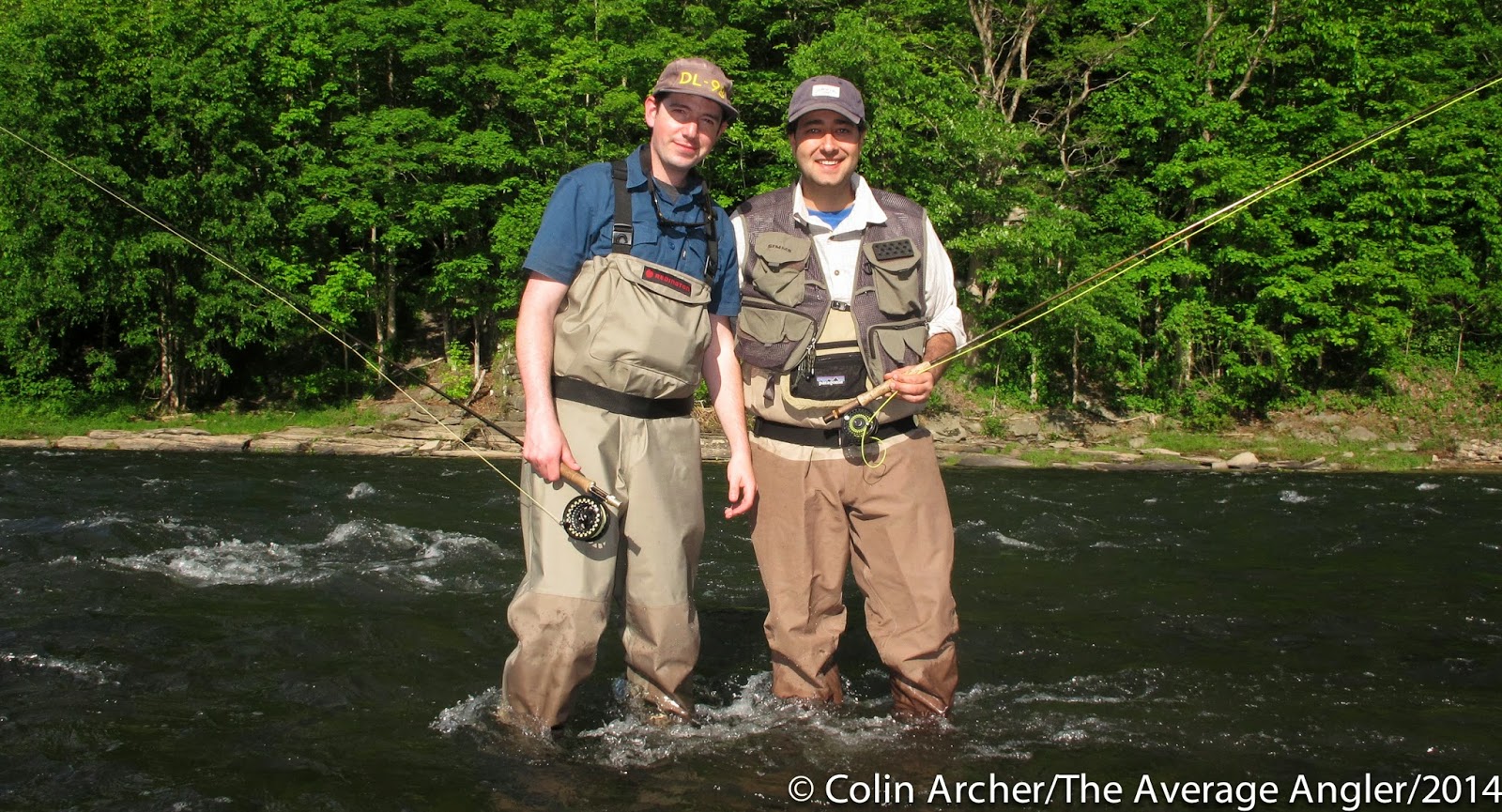 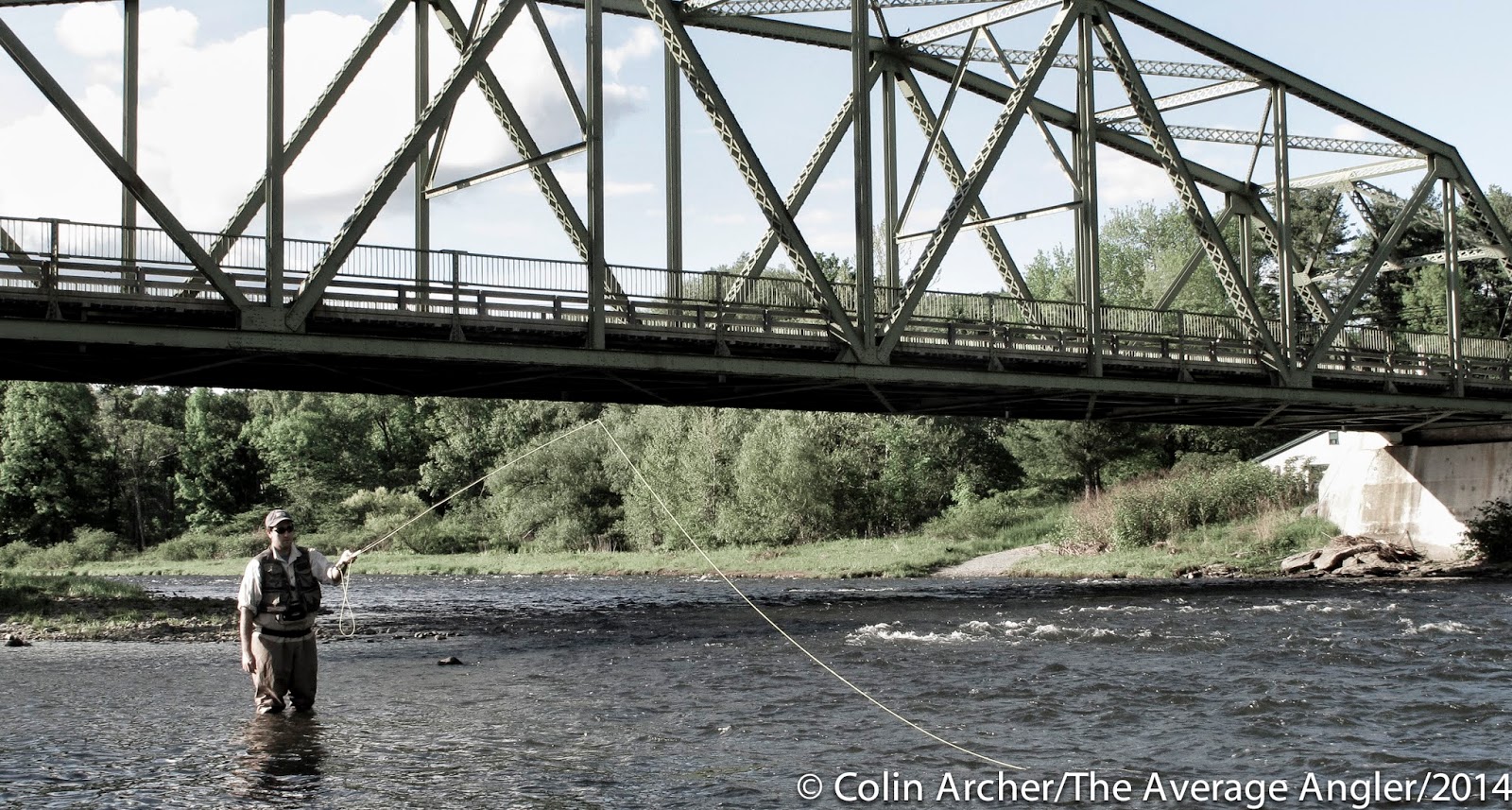 On day four it was an Orvis NYC trip put together by Rob Ceccarini and Joe D. There were five boats with 10 guys and I had the pleasure to have Marc and Emory in my boat. Emory had done well the day before on the Beaverkill where they had fished and told me he really wanted Marc to catch a fish. We had some early targets that we worked before stopping and fishing where we would eat lunch. Marc fished to and landed a real healthy brown trout while Emory and I worked a slob for about 45 minutes....we gave him a lot of choices for a snack but he wouldn't eat....so we did. 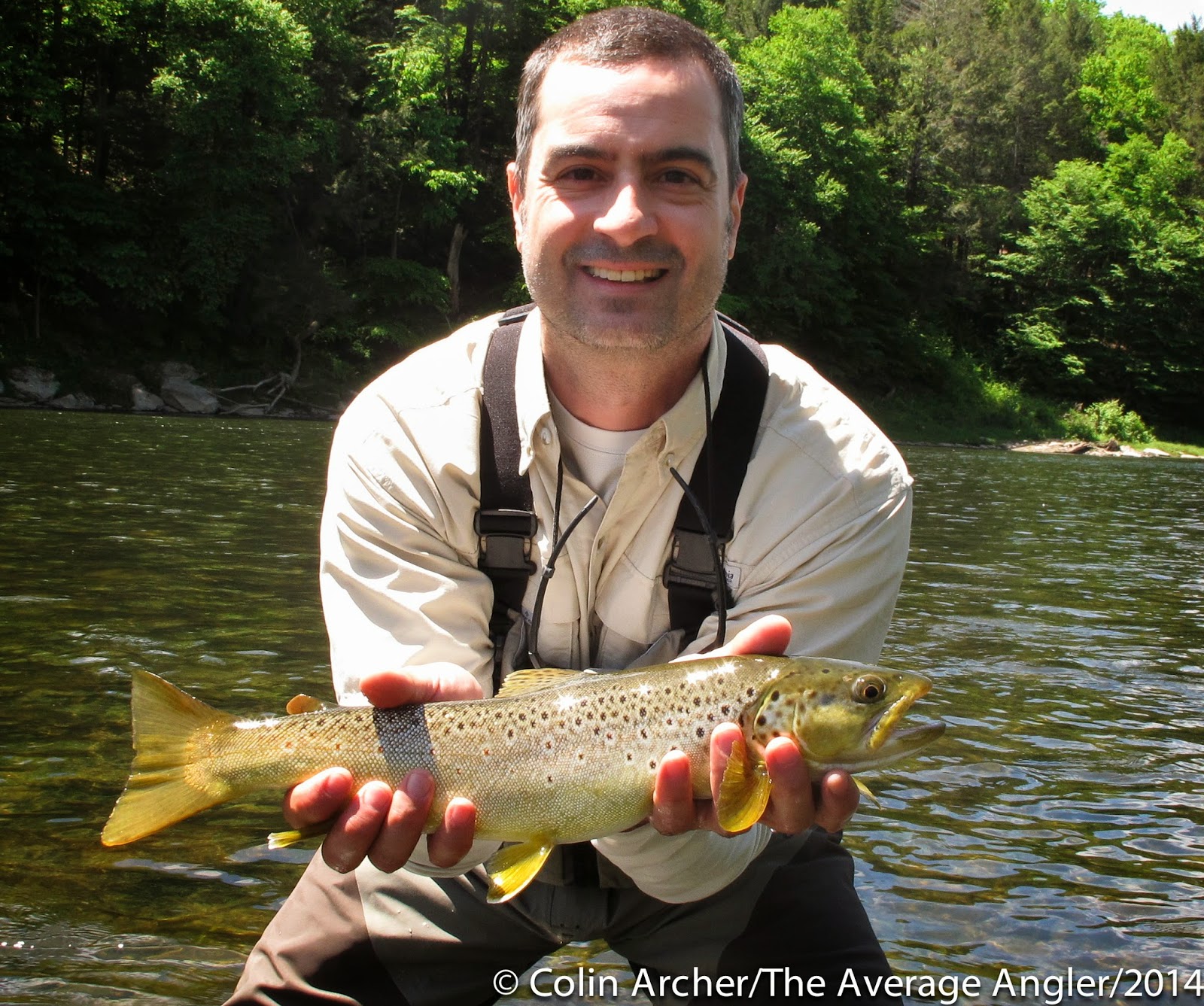 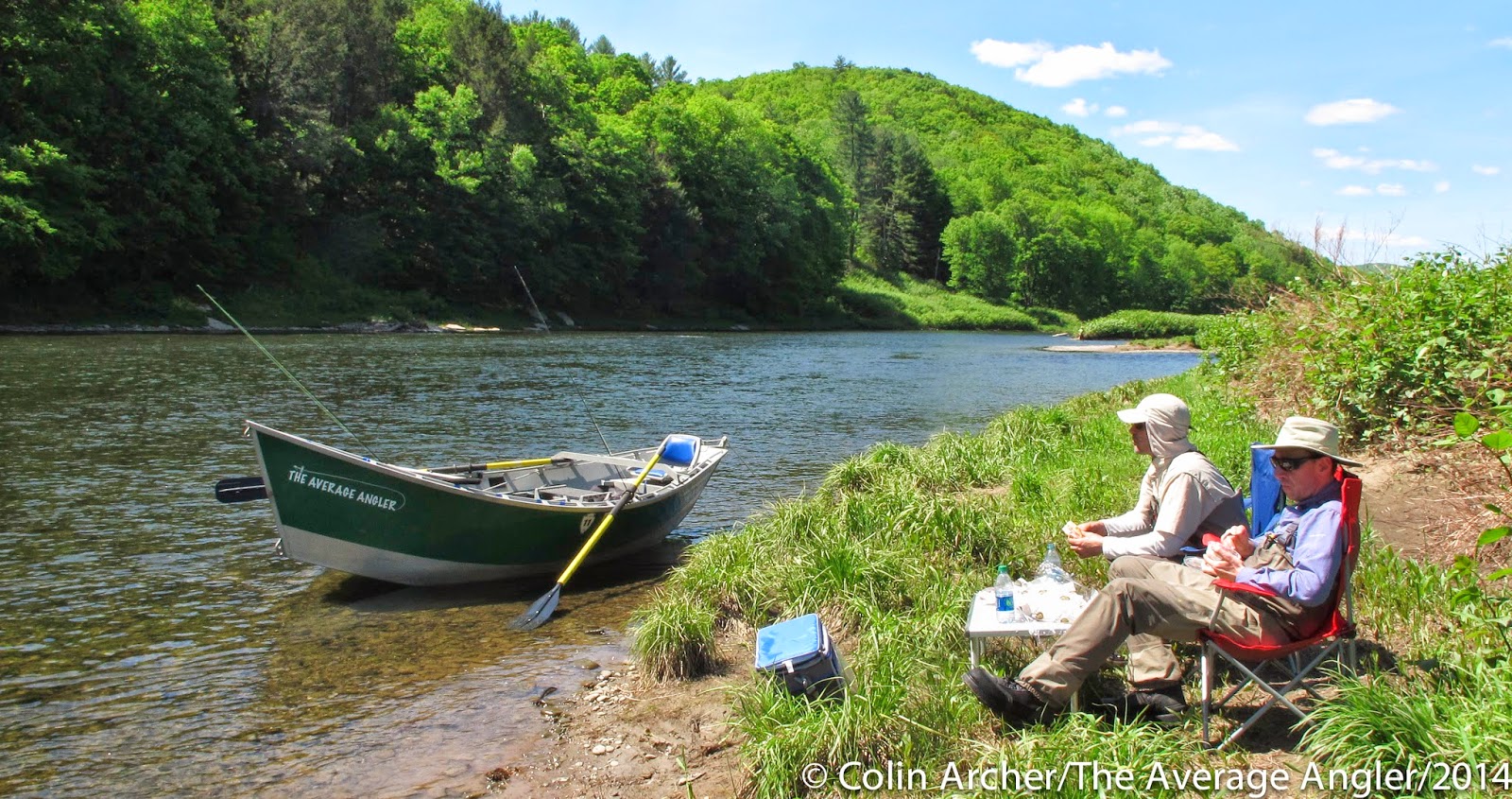 Emory had the front till dusk and after the switch Marc caught a beauty of a rainbow that ate a Sulfer emerger. With Marc having caught two we stuck Emory back in front as it was go time.....the fish were up and we stayed into the dark trying to get him hooked up but we didn't, but we had a lot of fun trying. All the guys had fun and each boat had some fish and I am looking forward to next year. 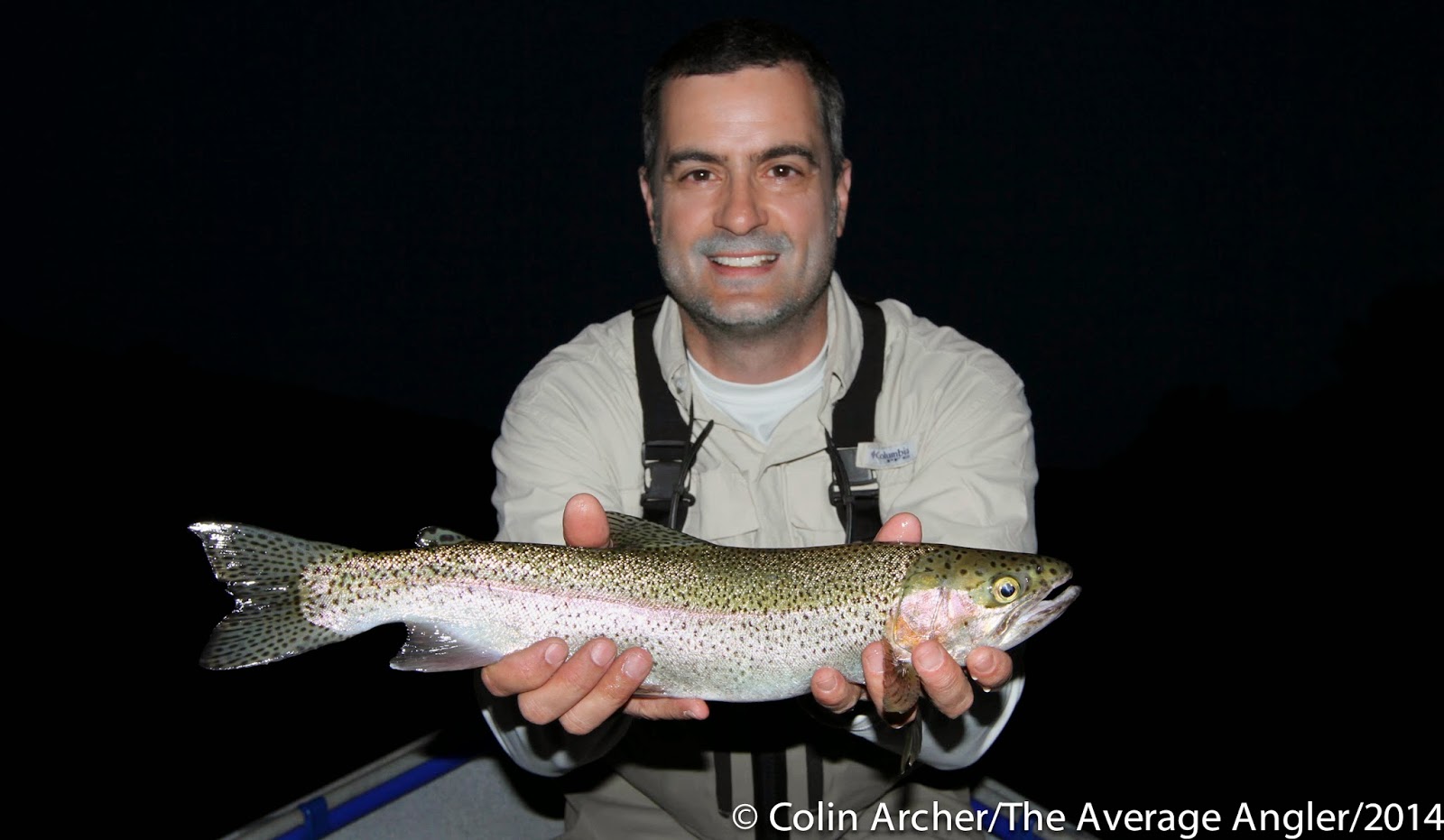 And to wrap a great week up today I had Michael out for a great day. Mike is a FFF CI so it was nice to watch him cast and talk about the process of becoming a certified CI. We had some early targets that were one and doners. Then the yellow stoneflies started getting blown off the trees and the fish started to eat. We had Stimulators on and a Scott Stryker "Strykers Totally Stoned"stonefly on that got a nosing from a big trout. We went small and even dry dropper as the blitz ended before moving on. We did mange a rainbow that fought much harder then his 14 inch body should have allowed. After lunch it was slow going as the sun burned high and bright. We saw a few Green Drakes but not as many as the day before. On our way down river we stopped at a fishy spot that had two fish

rising pretty steady. We watched and fished and watched and fish before Mike hooked a good shad in fast water that kept him tied up for a good while before the fish came to net. Earlier in the day he had 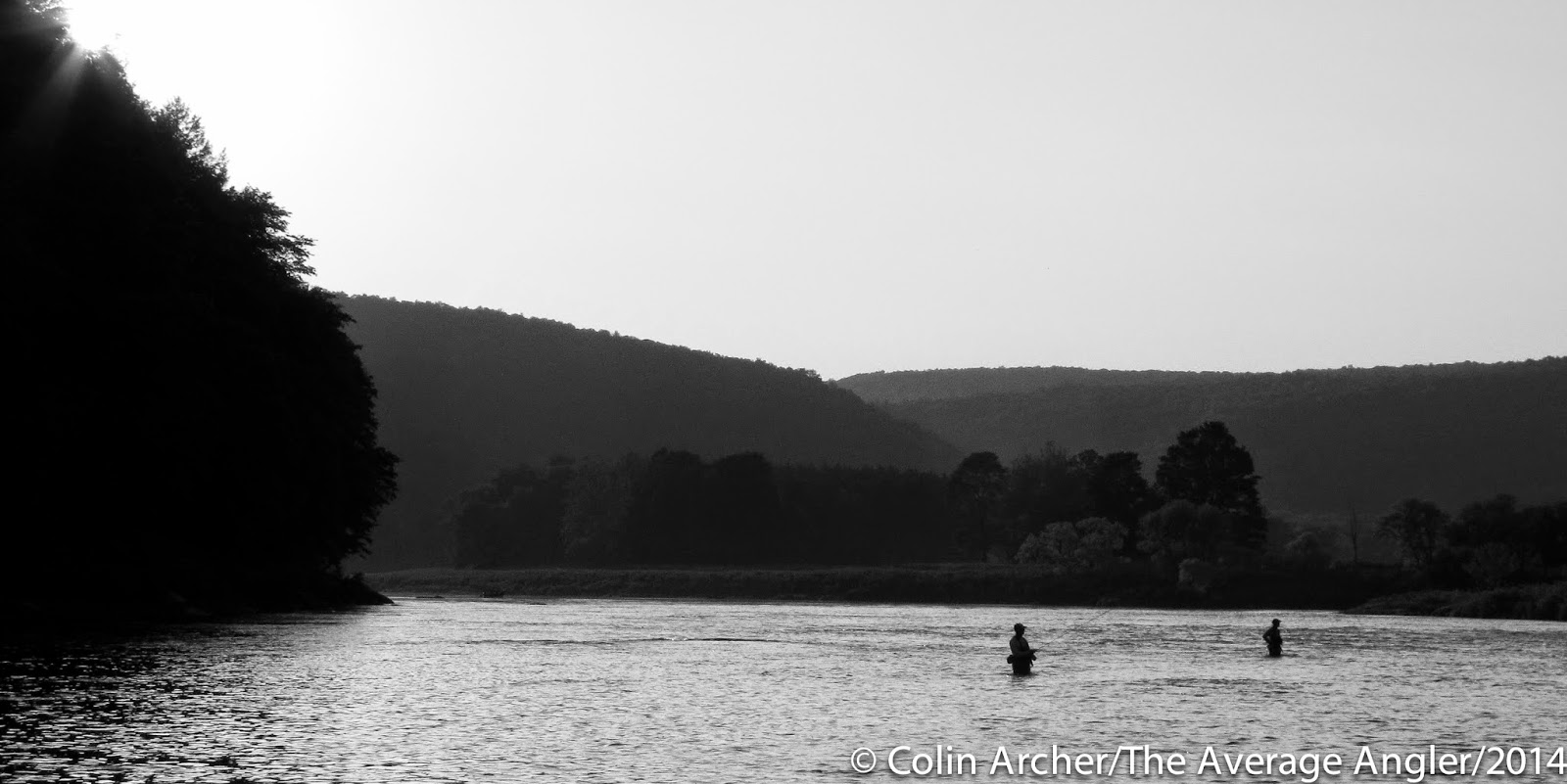 managed a small chub so we were thinking Grand Slam.....rainbow, shad, chub...all we needed was a brown trout. As the sun set and it started to get dark it started. I switched out the March Brown and Sulfer Emerger and went to a size 6 Brown Drake spinner and a Green Drake emerger. We flossed a few and missed a few hogs before Mike caught a beautiful rainbow. We fished well into dark and Mike broke off two hogs that exploded for the extra large spinner and Drake emerger. It was a great way to end the week. 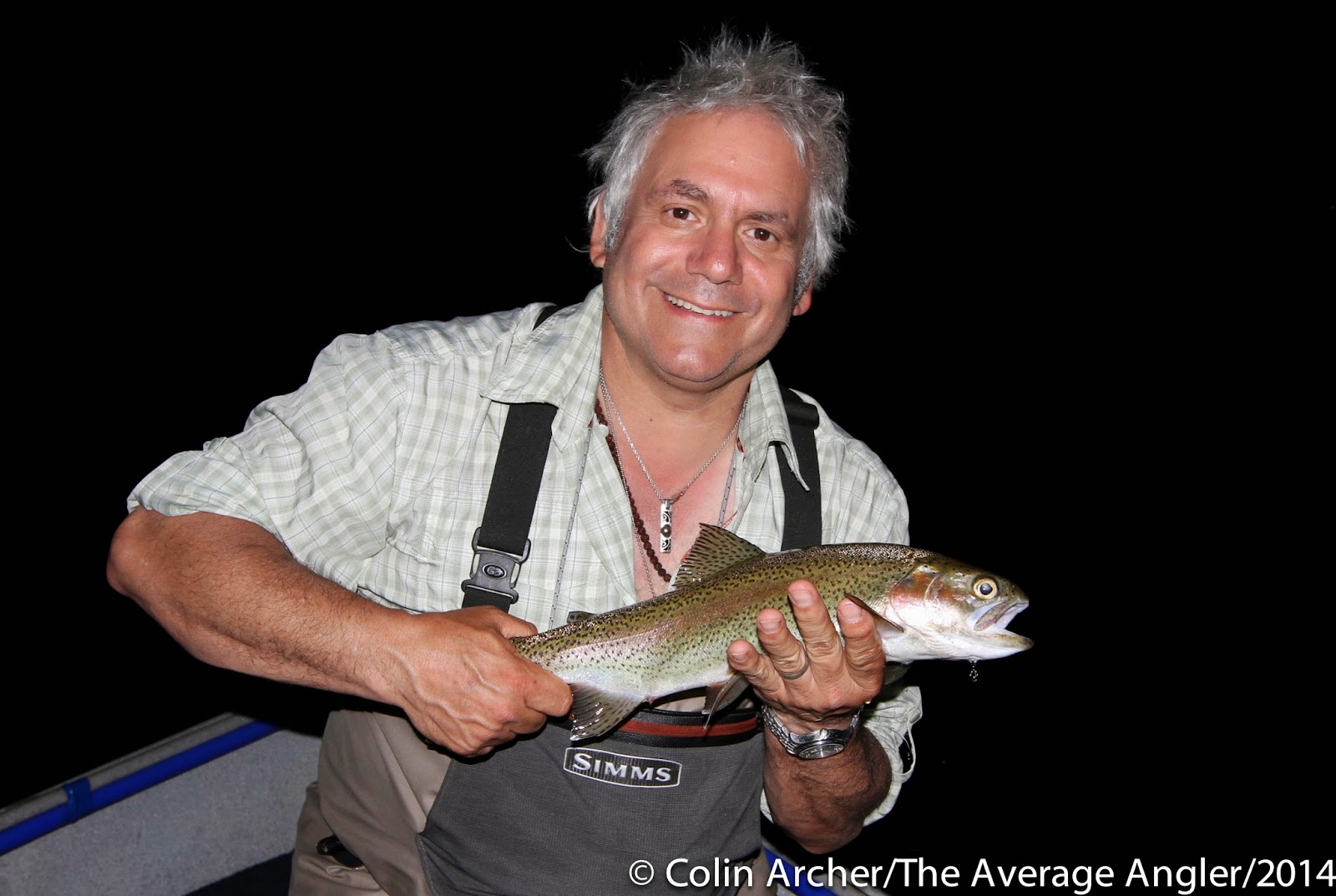 For those that will be up there for the next few days or week you should see the Green Drakes light up.....which is something anyone who fly fishes up there should be a part of. It's either really good timing....or a real good cellphone network that clues you in when "it" goes off.

And yes, I was on the beach by 515am after writing this....I love the smell of salt water in the morning
Posted by The Average Angler at 4:39 AM