......if this thing only had hooks. Had a great afternoon, evening and night with Mike today. When we first got out I briefed Mike on what this kind of striper fishing was all about. There were no small bass...everything is 20 or 30 or 40 pounds. With that, it can be slow and disappointing fishing, you may never see a bass, in fact, you might never have to make a real cast.

But, then, on the other hand.....it could be fantastic. 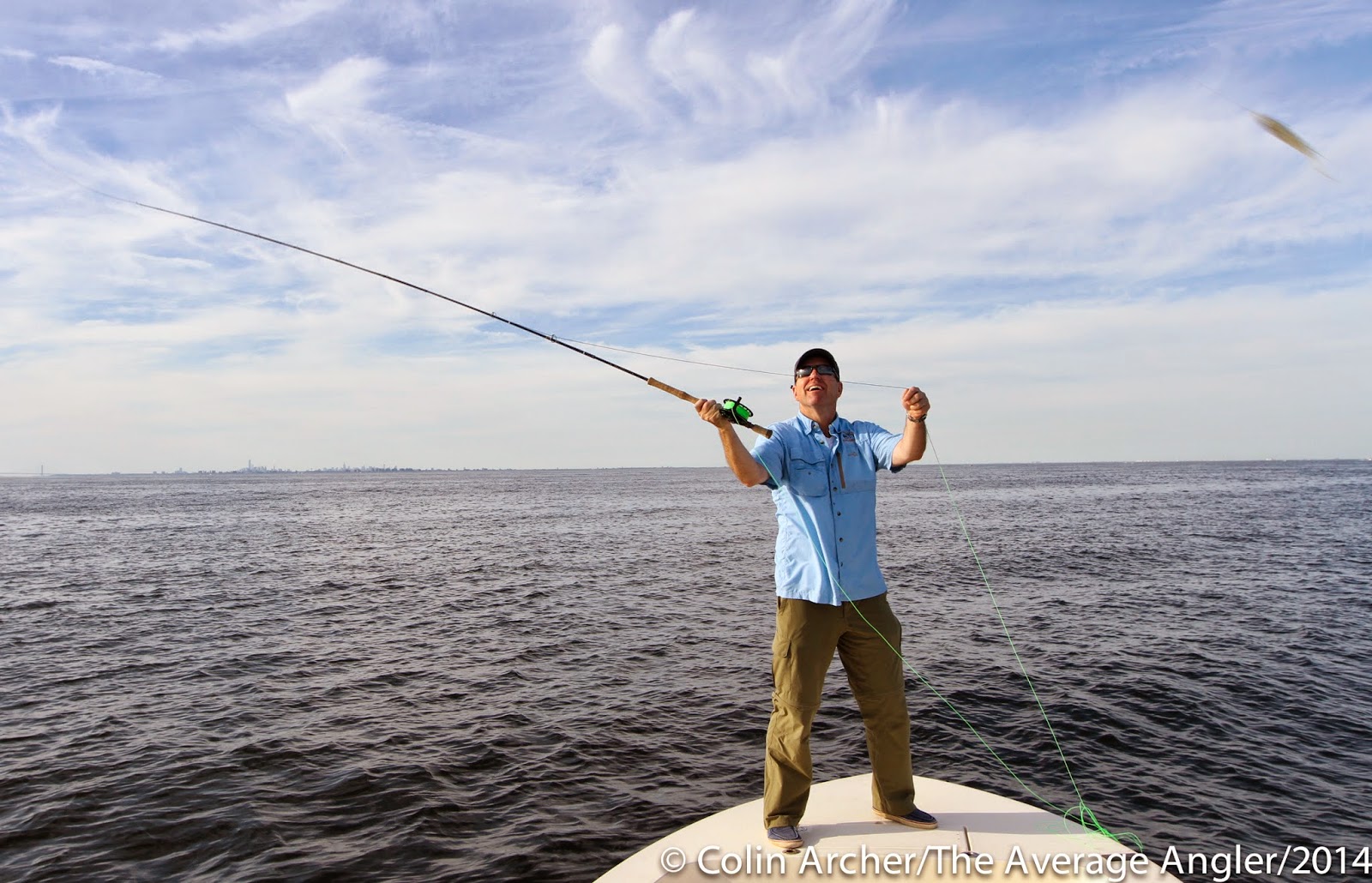 Today was about big flies and we were throwing an "Andrew's Custom Flies" big Hollow Fleye. We also had a very large Bob's Banger rigged up and waiting under the gunnels. We started working pods of bunker without a tap and before all kinds of boat traffic came into the neighborhood..... 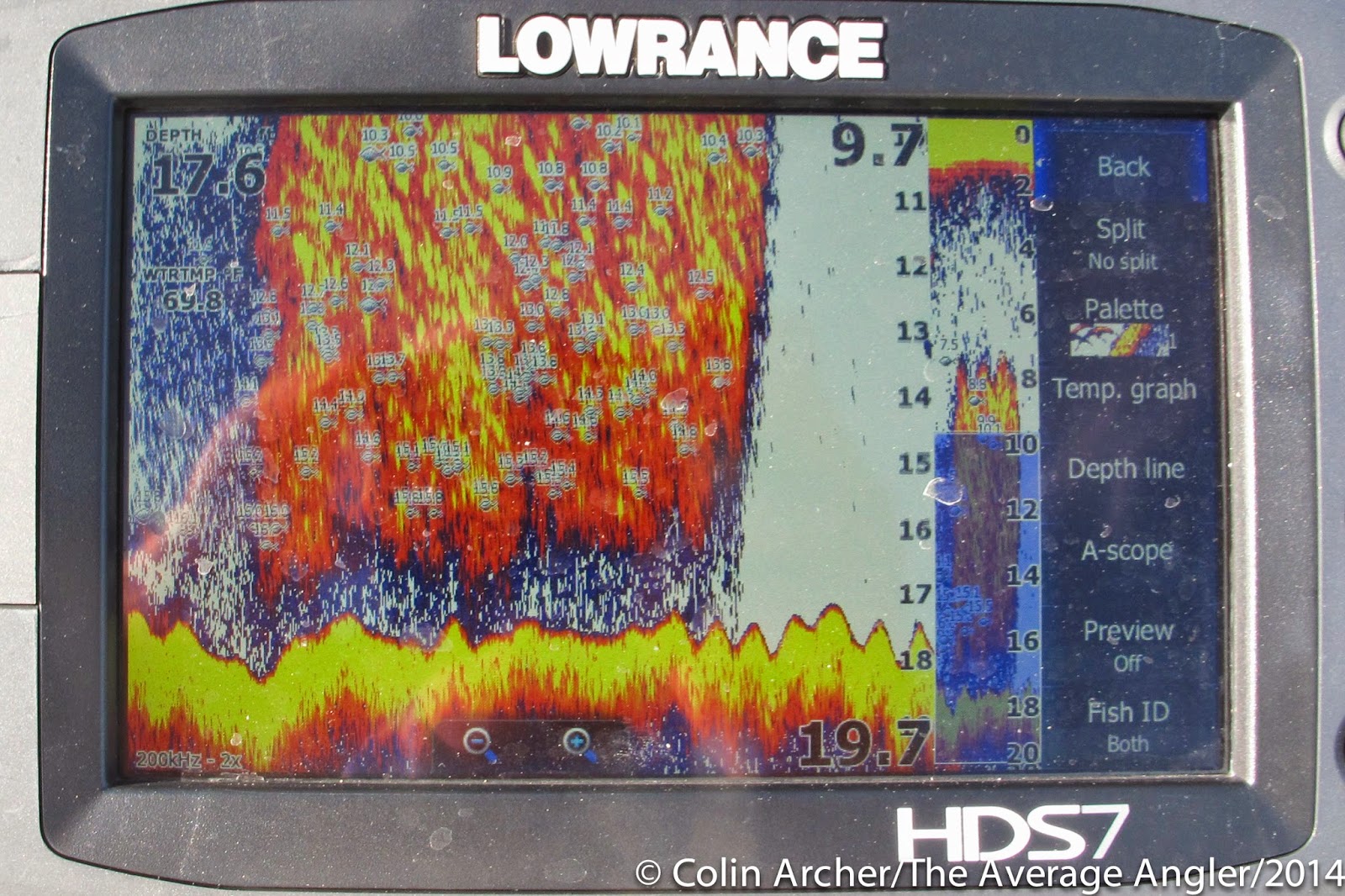 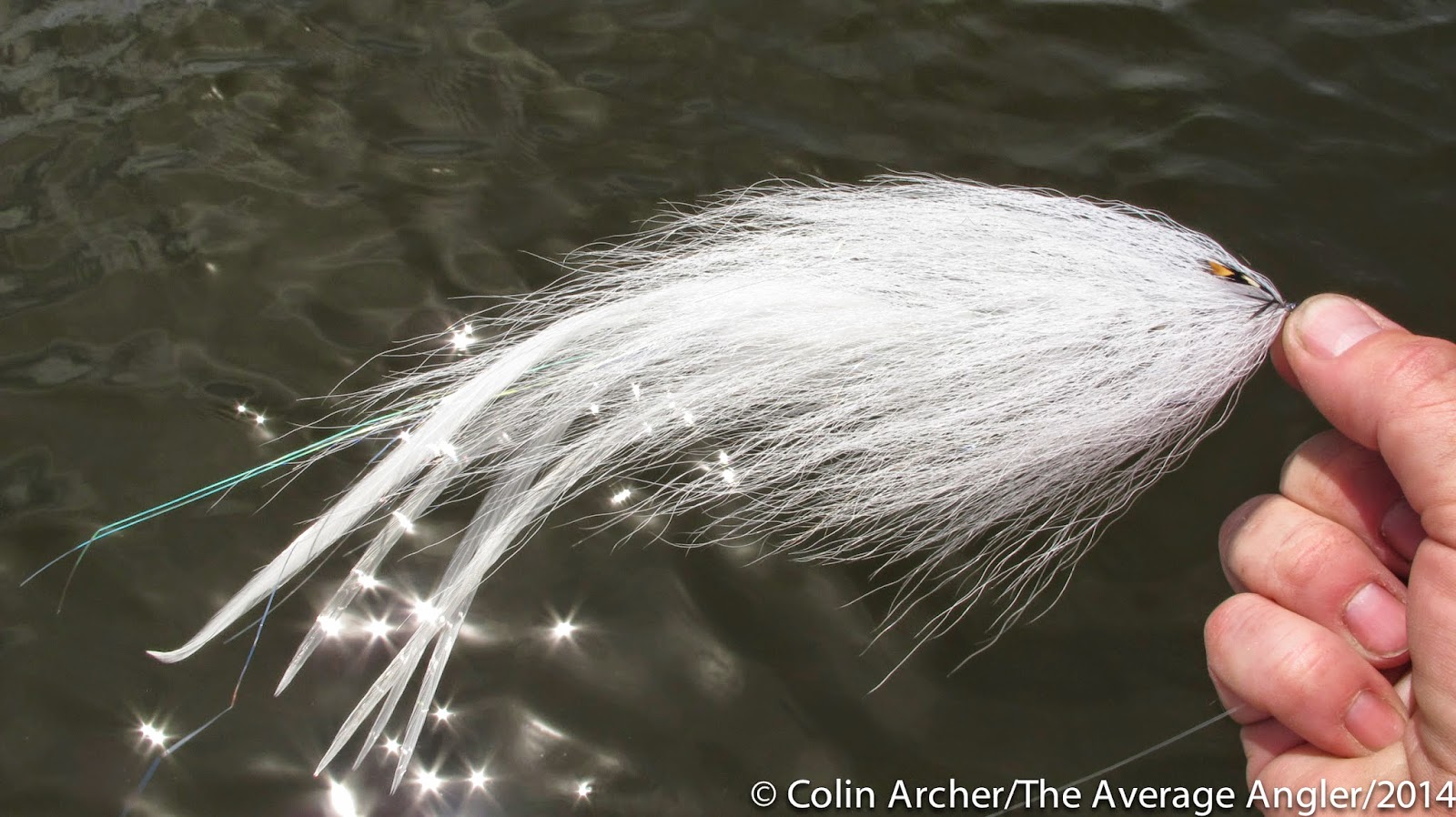 ....so I came up with a plan, shared it with Mike, he liked the sound of it, and we were off. When we got to our spot we were greeted with big bass blowing up on bunker......and it lasted off and on for two hours. It was far away, it was next to the boat, it was under the boat. That swimmer, or popper, or plug that I was chucking must have been tailed slapped, bit, chewed, and dam near swallowed by over 20 big bass. We popped and swapped when they were up, and when they were down......and they loved it as much as we did.

As we say in trout world.....we flossed a few, pricked a few, and lost a few......but what a rush and what fun for the hours we were all alone with the bass.

I had the GoPro working the entire time and I have more video then they shoot for a motion picture, but here's a quick video of just some of the action and fun we had...... it's only a tease for whats to come.

It was just a plain old great time. I always enjoy fishing with Mike with tonight being the first "cast now" outing we've had. I wish we could have stayed at it longer....... 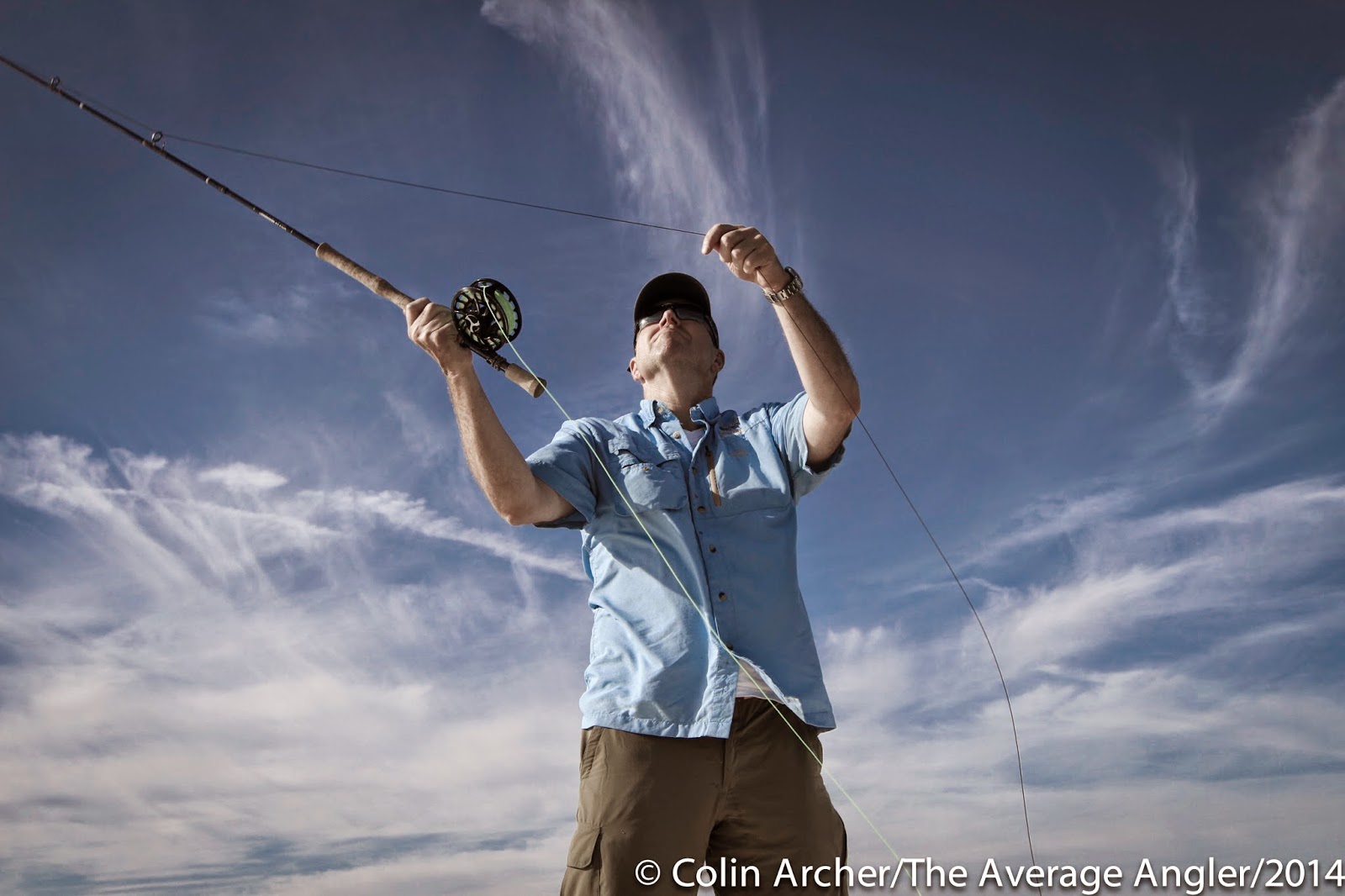 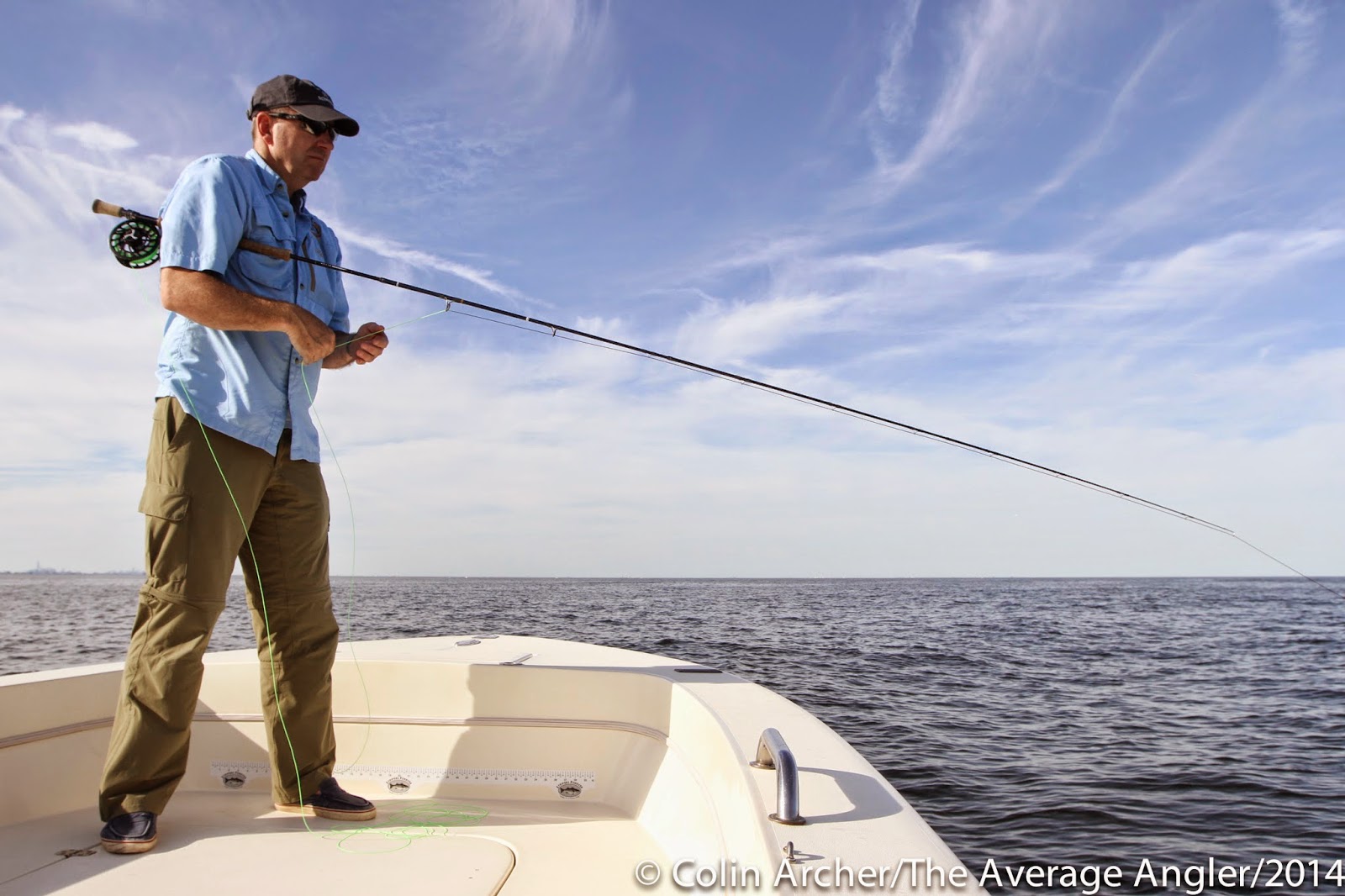 Posted by The Average Angler at 1:05 AM