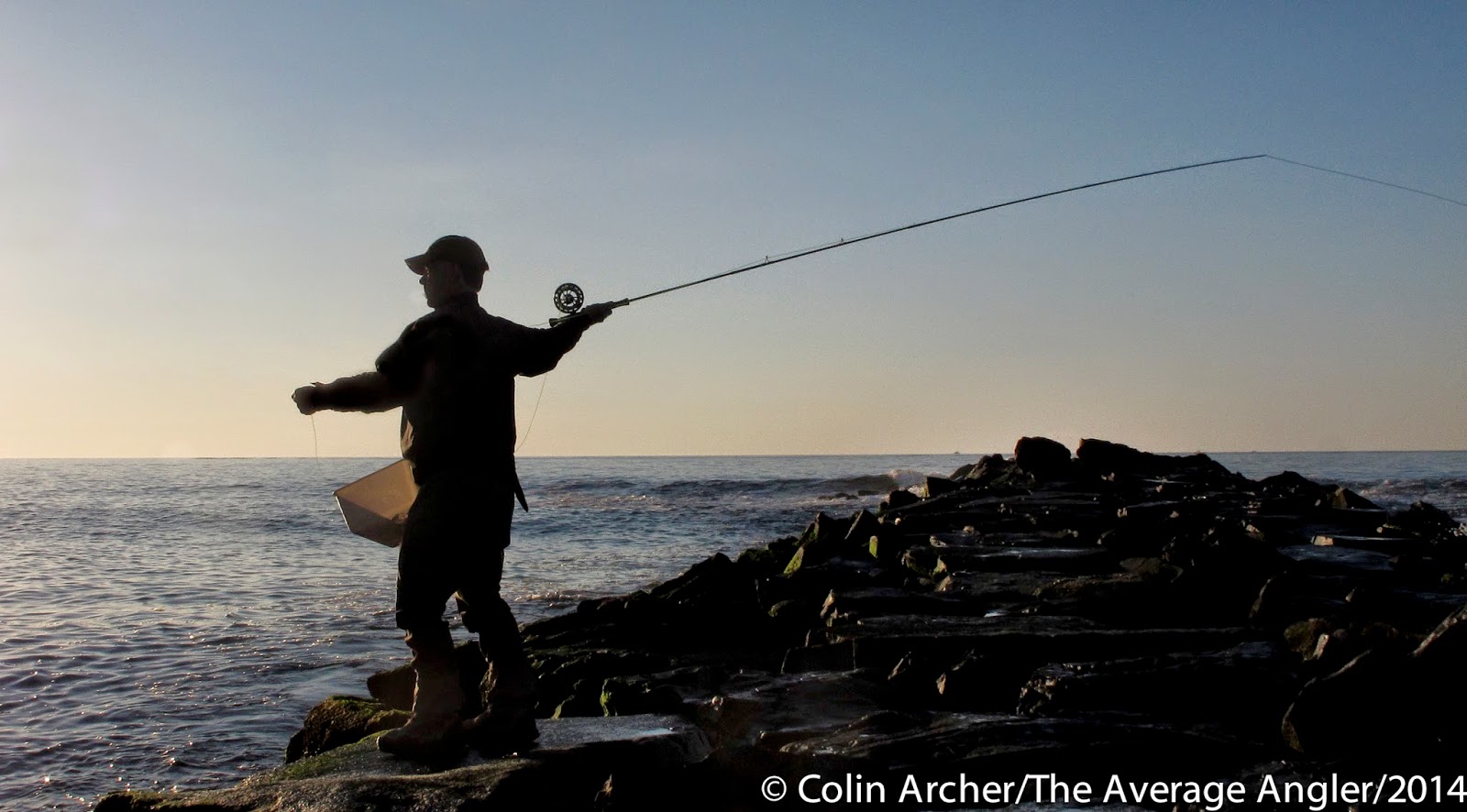 Nice morning out there on the outgoing tide. Truth is, its just been a slow pick on the beaches and rocks. There's big fish on the bunker that the boat guys are on, but the smaller schoolie to keeper to better than keeper bass just aren't in. Yes anglers are getting a few here and there day to day but its been slow and sporadic.
We watched as the sun came up and the boat hatch started. Lots of boats out early on no doubt on the bass with most livelining bunker. Got a trip out front later today so I hope to find some of the big girls willing to hit some bigger bunker flies and topwater poppers.

Posted by The Average Angler at 7:50 AM