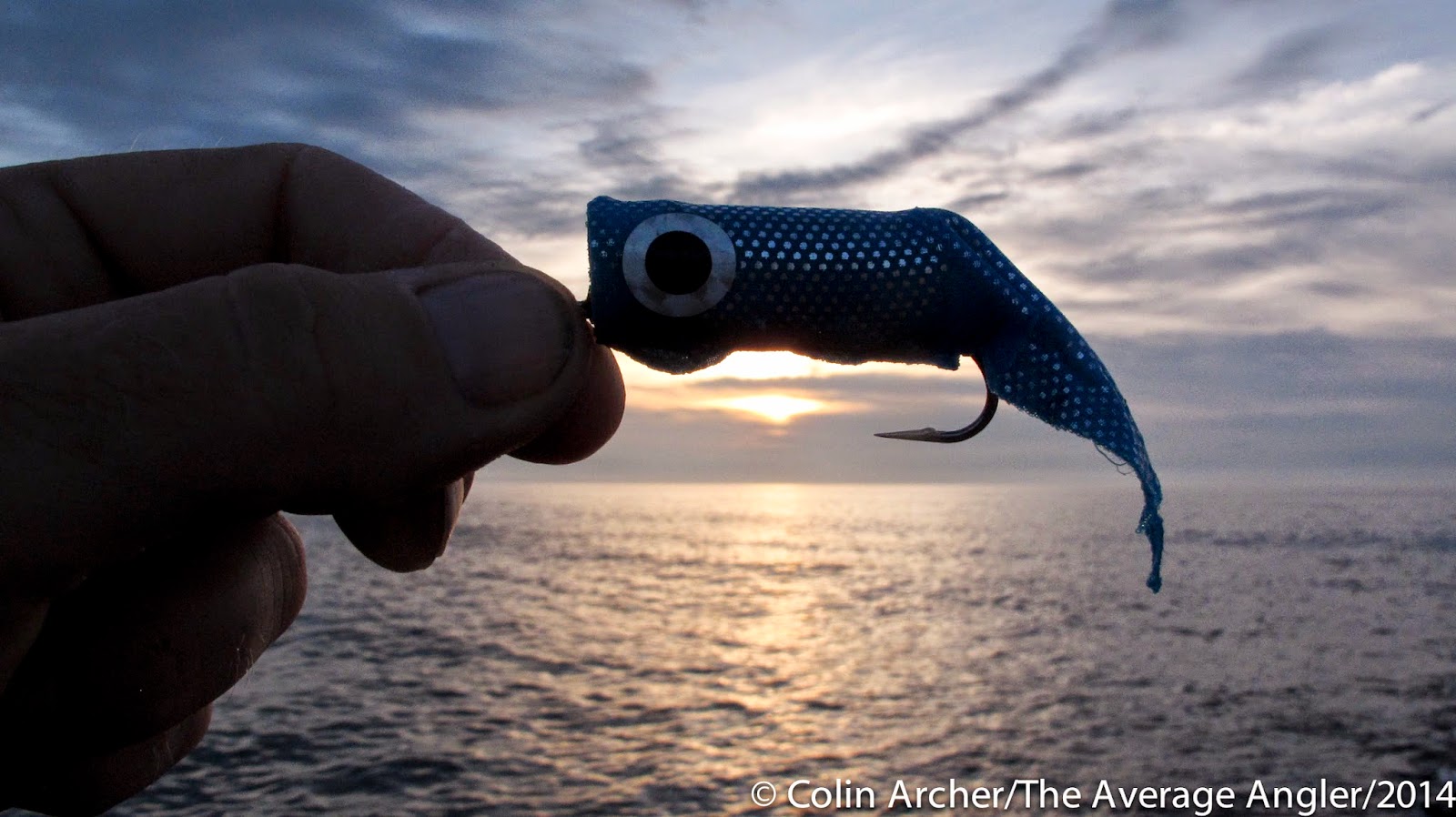 Well yesterday I tried to crab fly one up......this morning I tied on a popper and fished some perfect looking water. Easy west wind with a small swell created whitewater on the beach with clean and green looking water. Popped my way up and down and a groin and then along the beach without a tap or a swirl. I would be lying if I said I wasn't disappointed, but thats fishing.

Not wanting to give up I went north and then south looking for some signs of life. Saw some happy bunker flipping about with an occasional dolphin going by pointed north. I settled in and found even more fishy water and worked that popper just waiting for a taker. Well I casted, and casted .....and waited. At one point the bunker came within easy snagging and even super long fly rod cast distance and I thought for sure this was it. They came, they flipped, they swam away. Then I was done.

Yesterday I had some back and forth with a hand full of fly and light tackle guides. We were discussing this spring's run, current fishing conditions, and, in the end just a slow year for bookings. We tried to figure out why.....why, when these past weeks have been the best part of this year. Looking on the beach I see, and saw, no one out, at least not in any numbers. Yes there was an occasional guy perched on the tip of a groin or walking the beach looking for fluke but even the watchers and waiters you usually find on the jetty tips early in the morning aren't there. It seems that the cell-phone-blitz-only-fishing network is stronger than ever. Example, this week they had good fish on the beach, the next evening there were double the amount of anglers, the following night they were even more, with magazine writers and photographers and videographers all in the wait.....well it never went off. 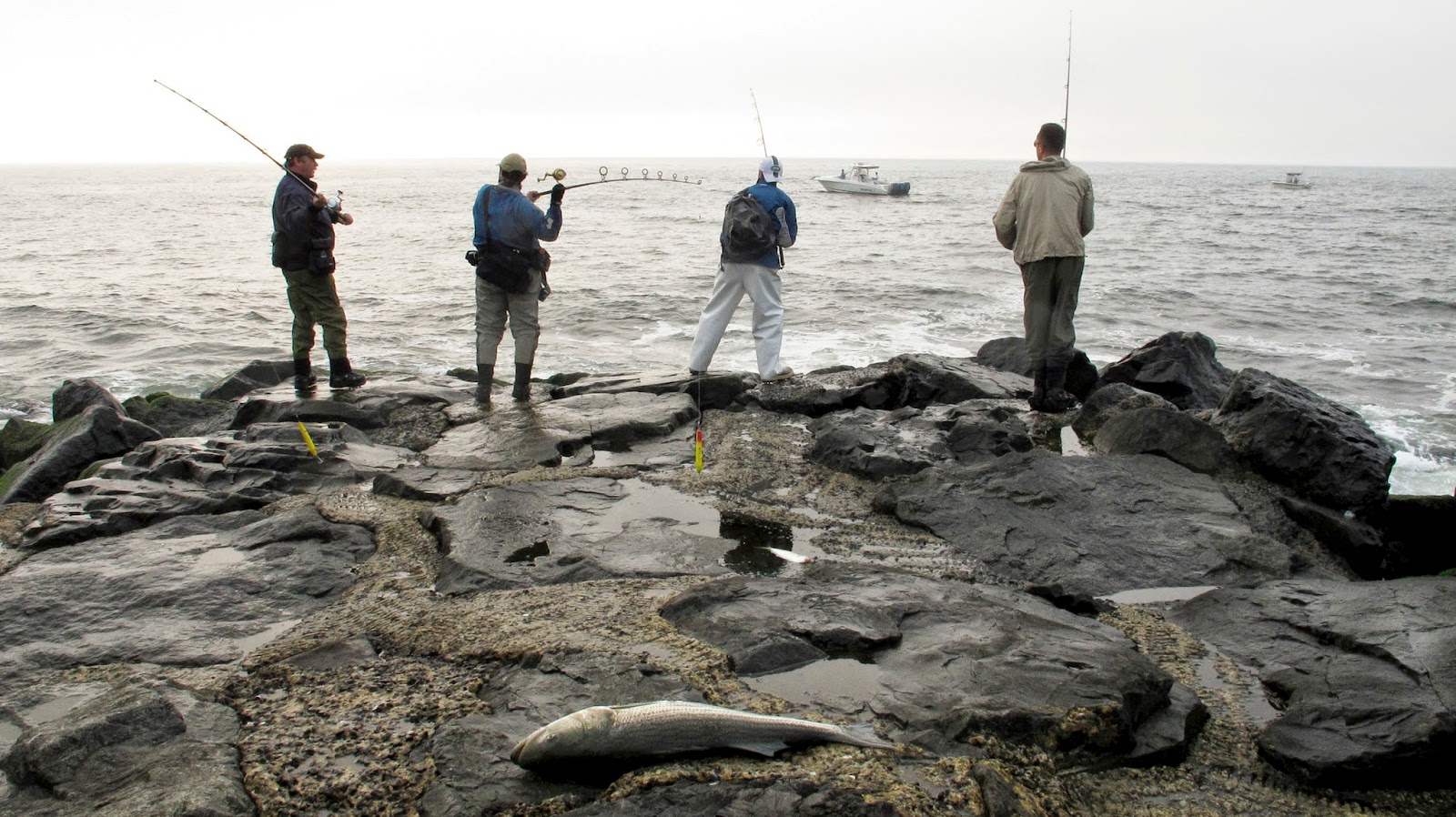 Is it the economy? Is is a lack of fish? Is there a change in the angler looking for guarantees and instant gratification in the catch and not the process? For us, or anyone who relies on a strong fishery, like local tackle shops, this season has been a bummer. Catch and keep charter and head boats have had a banner season starting in the Raritan Bay and then moving out front. That kind of fishing has a strong following as long as the big fish are here, and they are, and they have been caught and kept, en masse. 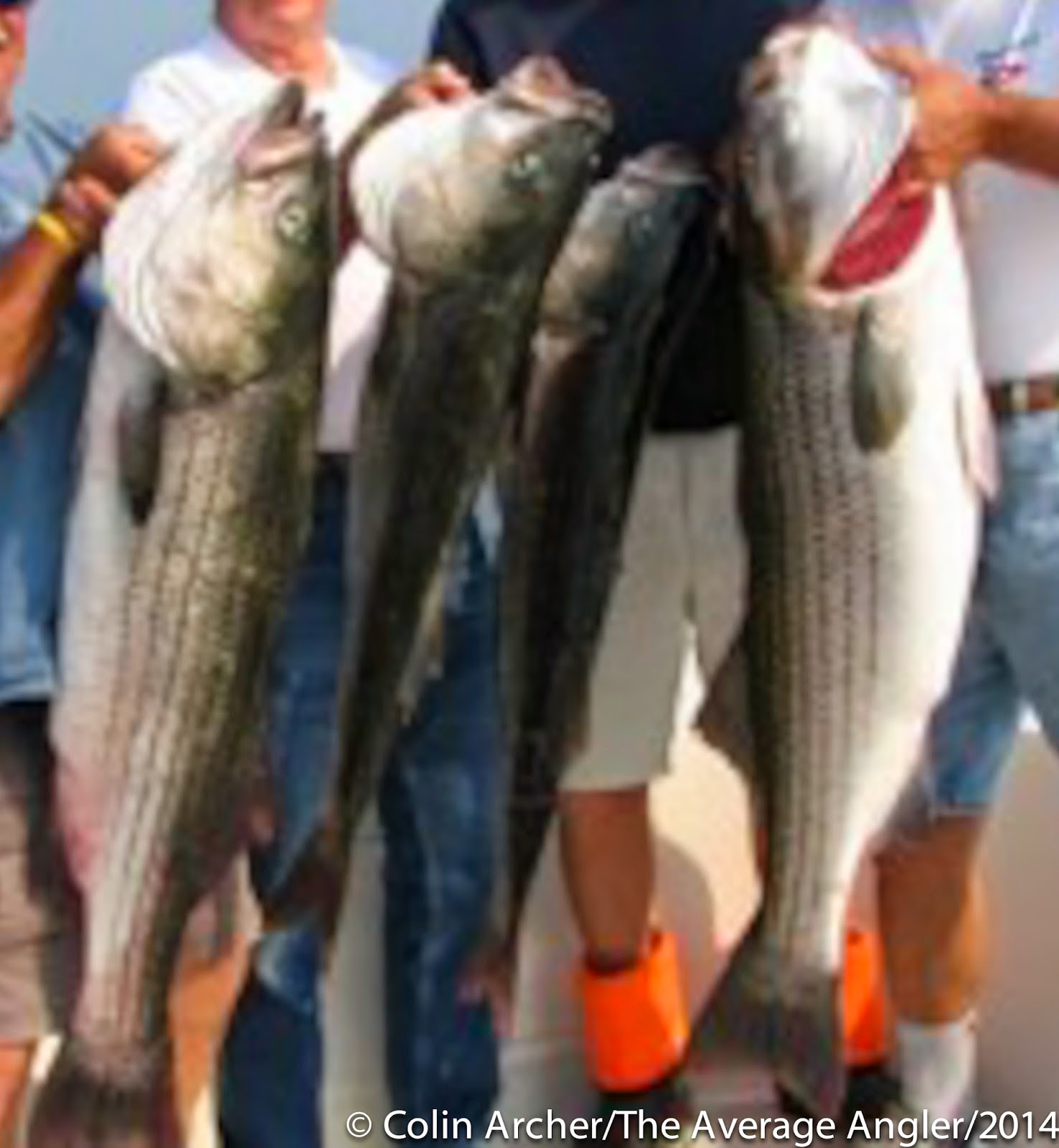 As summer arrives and the end of the striped bass spring run of 2014 comes to an end charter boat captains are making the switch from bass to fluke, shark and tuna fishing. As we say goodbye to the fish, New York, Connecticut, Rhode Island, Massachusetts, and Maine are ready to welcome they with snagging hooks and livelined bunker and eels and nets......and the point of a gaff and an ice cold freezer. 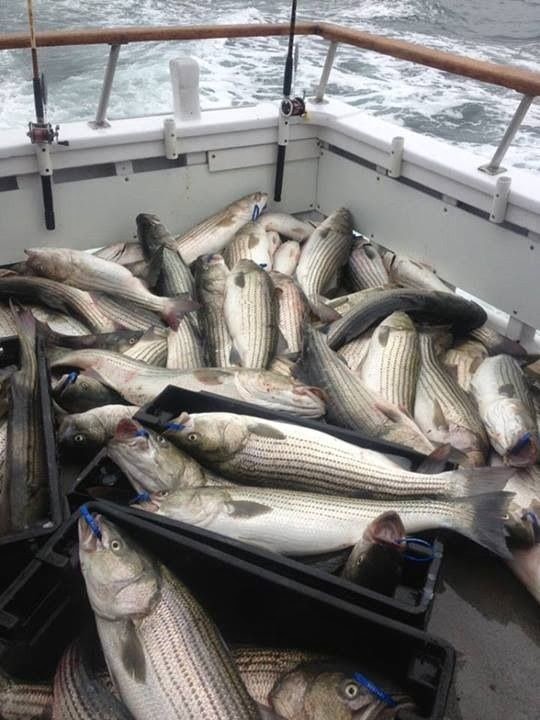 Can't wait till they, whatever is left, return in the fall

Posted by The Average Angler at 8:18 AM