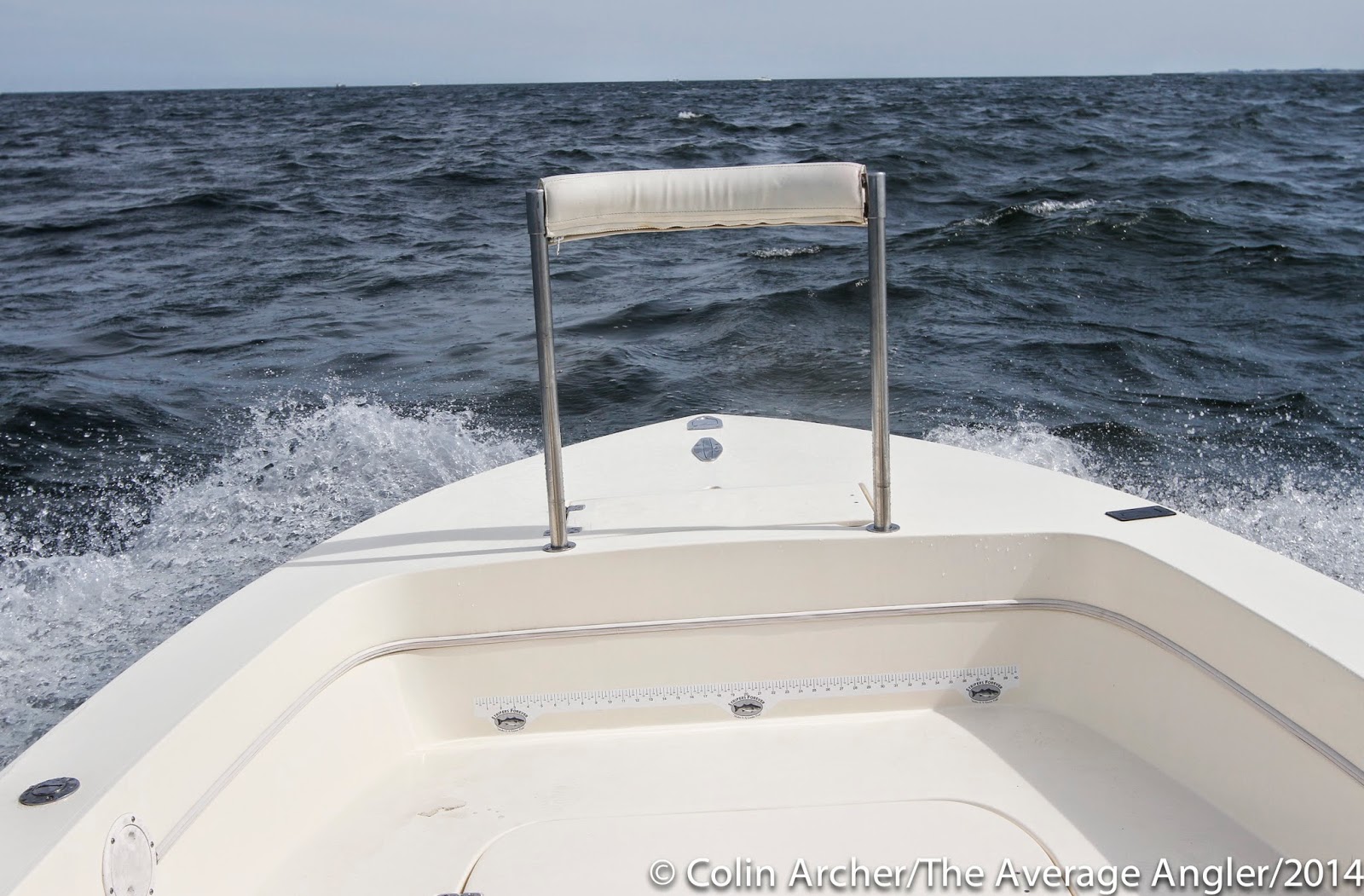 First order of business this afternoon was to install the leaning post! Had "Tom" out today and all was good till we got out front and and found the SE wind kicking just a tad more than we hoped for. Ran slowly around in washing machine water looking for signs of bunker or bass. 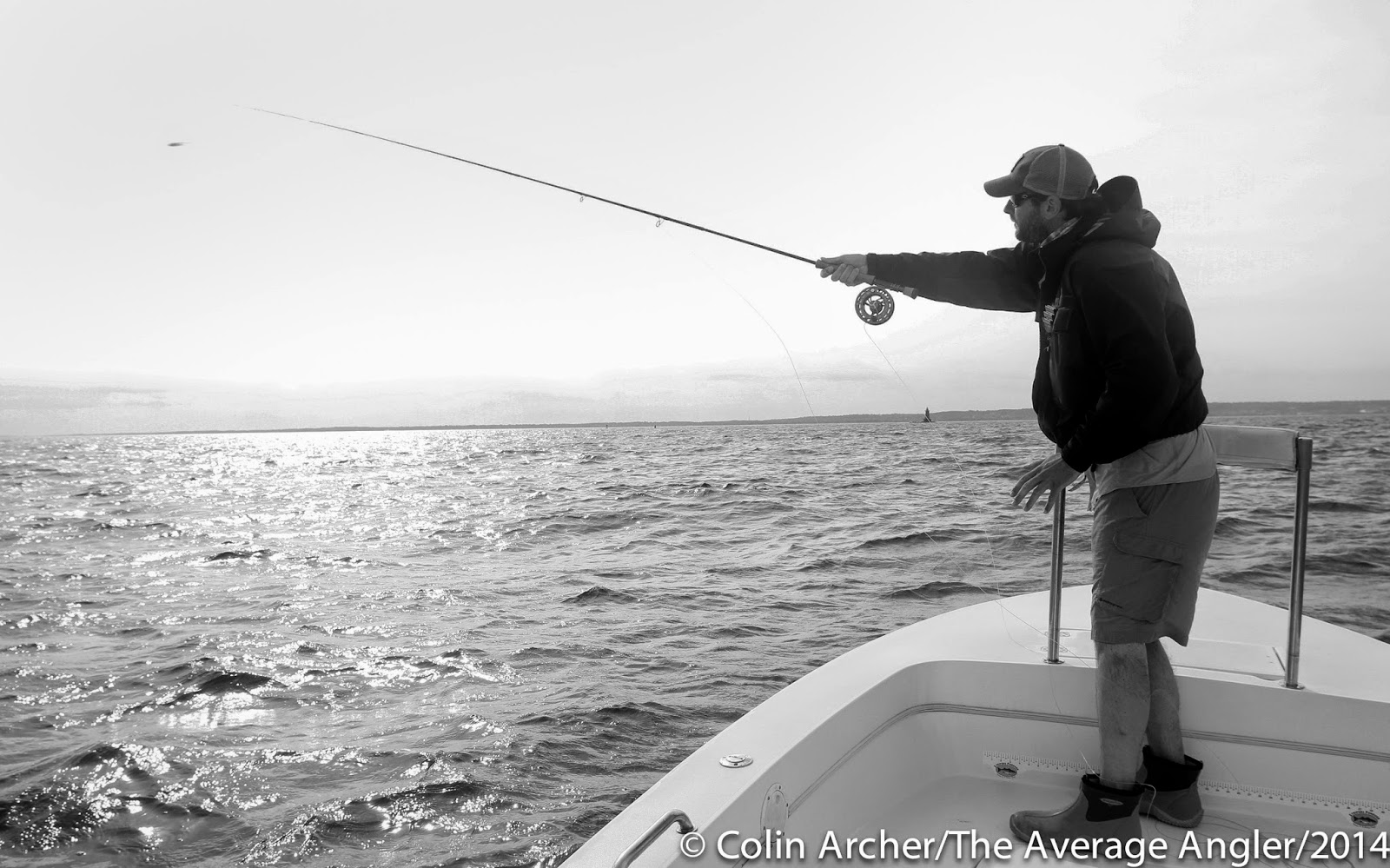 After getting beat up for a while we decided to find some refuge from the wind and ducked inside for some cover. After setting up we found some bunker, and then heard some beeps, and had a big bass blowup on a popper. I said out loud, "Did you see that?" he answered that he did and I told him to throw.....but he was in the middle of a fly change. That was as close as we got tonight. 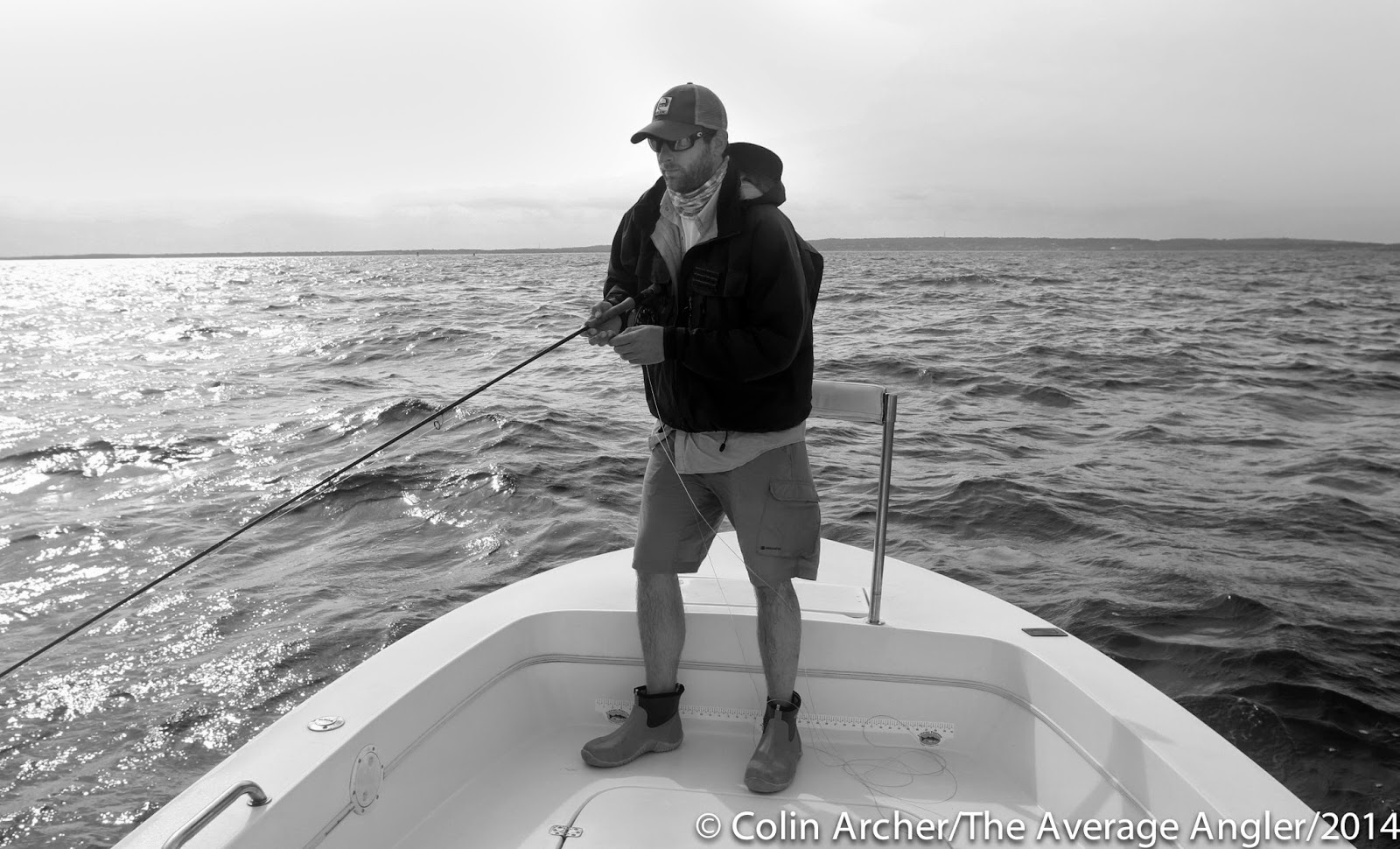 On the positive note we were in early and set up at the bar for a few cocktails and apps which was a good way to end a tough day on the water.

Posted by The Average Angler at 11:05 PM