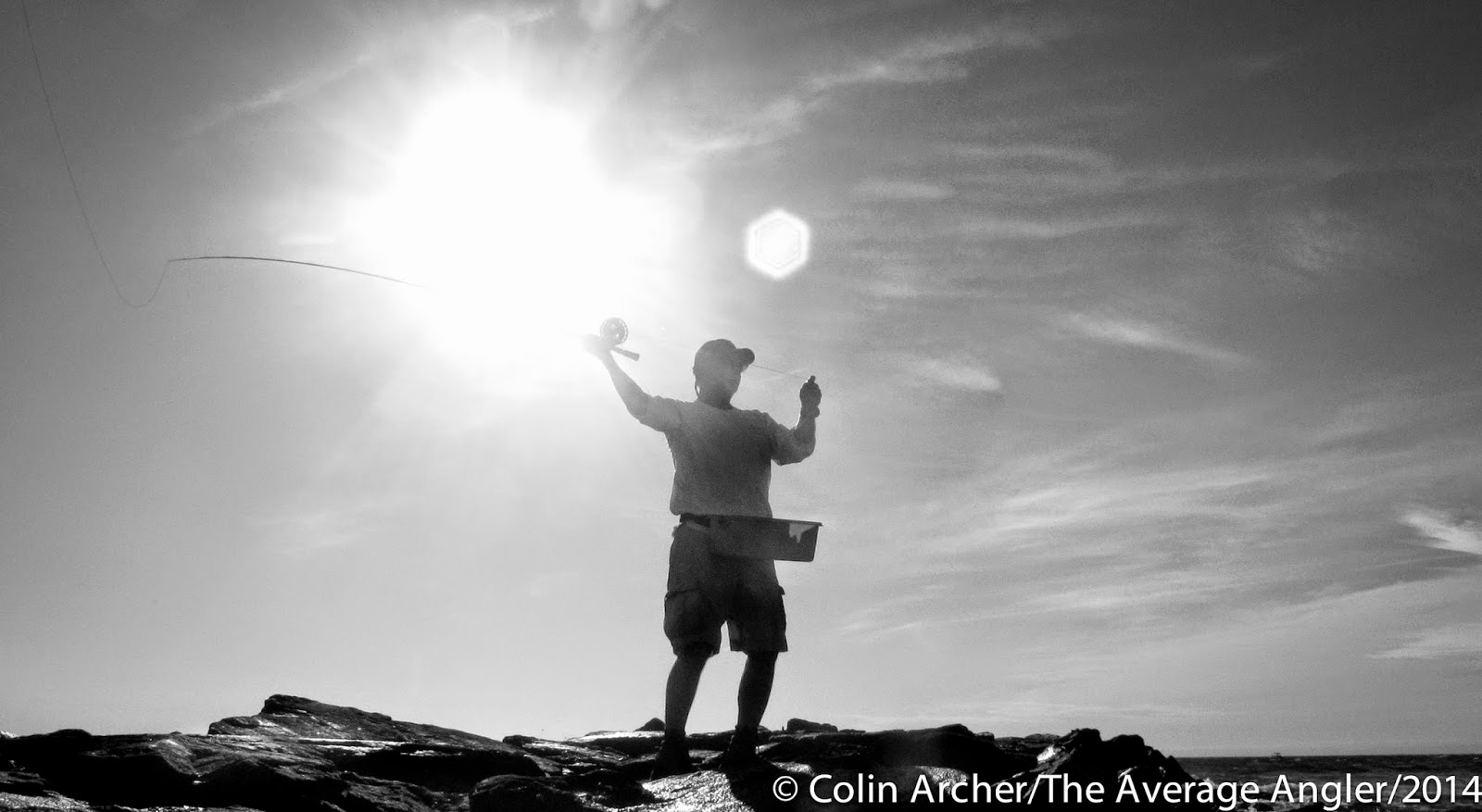 Had two great guys out for a morning of fly fishing in some sporty wind. Was supposed to be NE at 4-8 but when we got on the beach it felt NE 20-25. Tom has fly fished before and it was Mike's first time. We hit the groin right off the back fishing the south side with the wind quartering their backs. 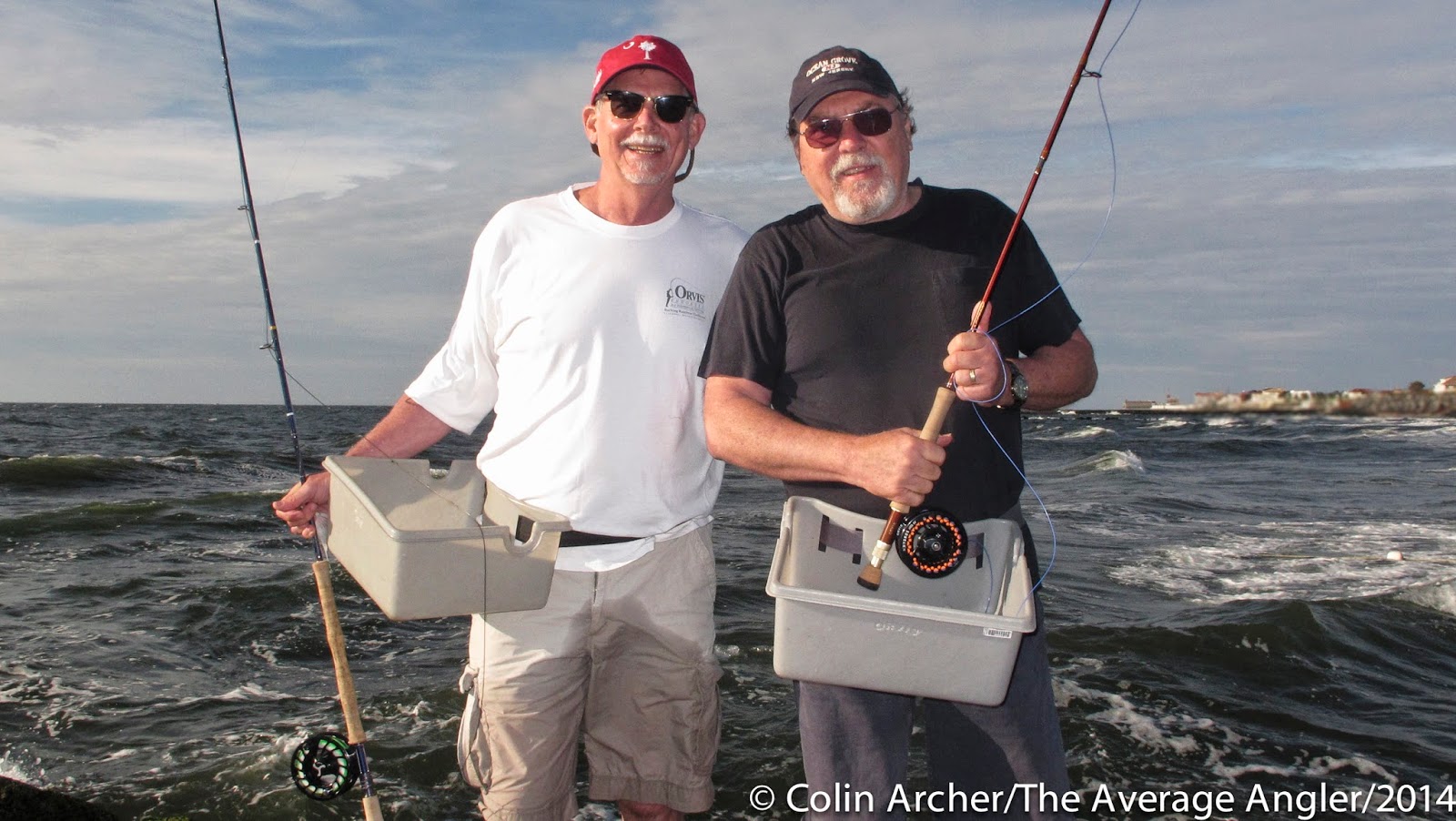 It was a good all around outing, we talked about fly fishing gear for the salt, talked about beach and groin structure, and talked about stripers, blues, and fluke. At one point Tom noticed a gull struggling near the tip of the groin. It had fishing line wrapped around both legs pinning it to the rocks. As I approached it got a little testy, then I swear it realized I was there to help and it just sat until I was done freeing it. In a few minutes time it flew away probably off to do some deep stretches and loosen up. 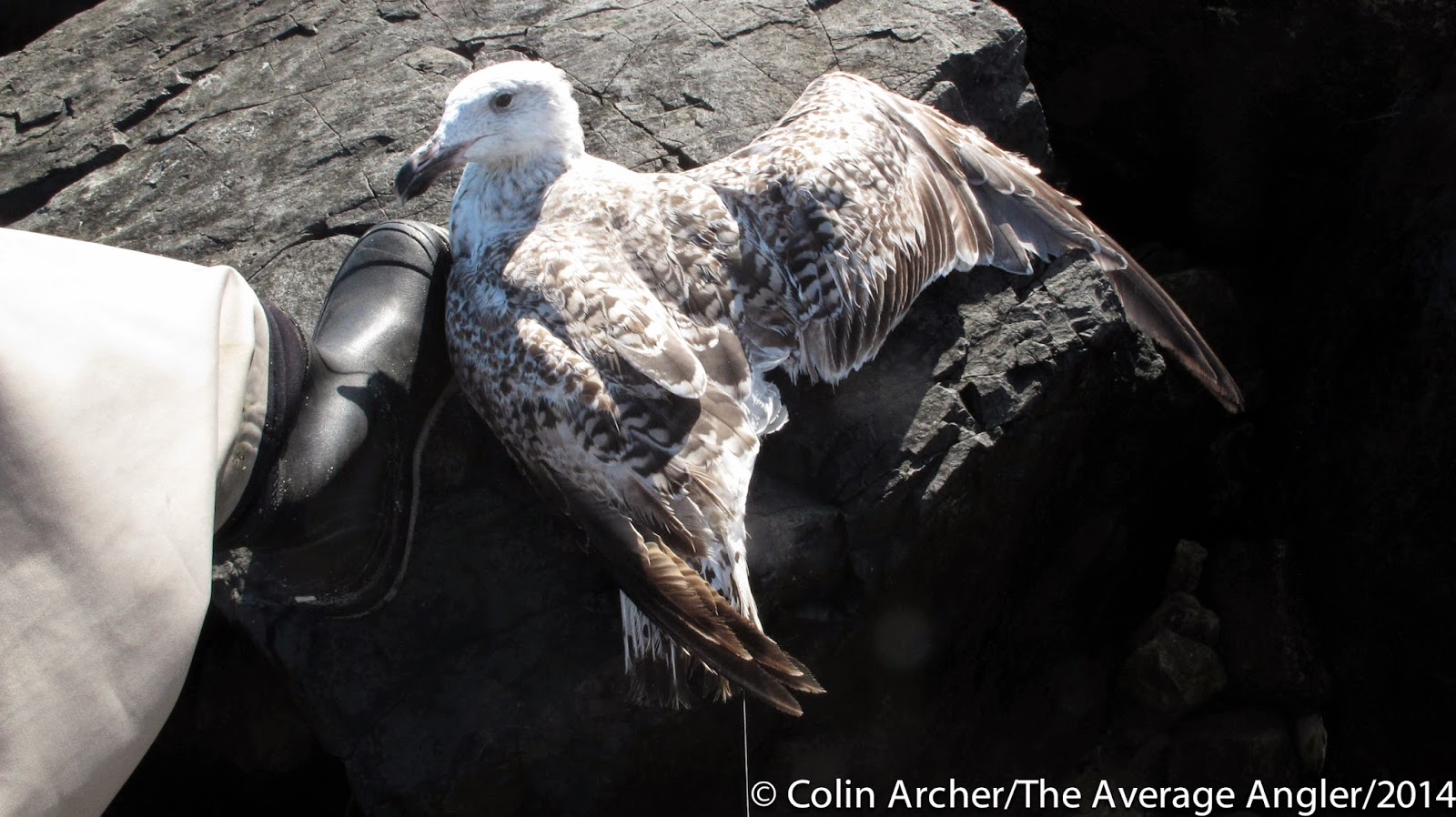 These guys are best friends, married to sisters, and have a little healthy competition going on between them. Tom had the best luck today landing three short fluke that took a Clouser in the wash. 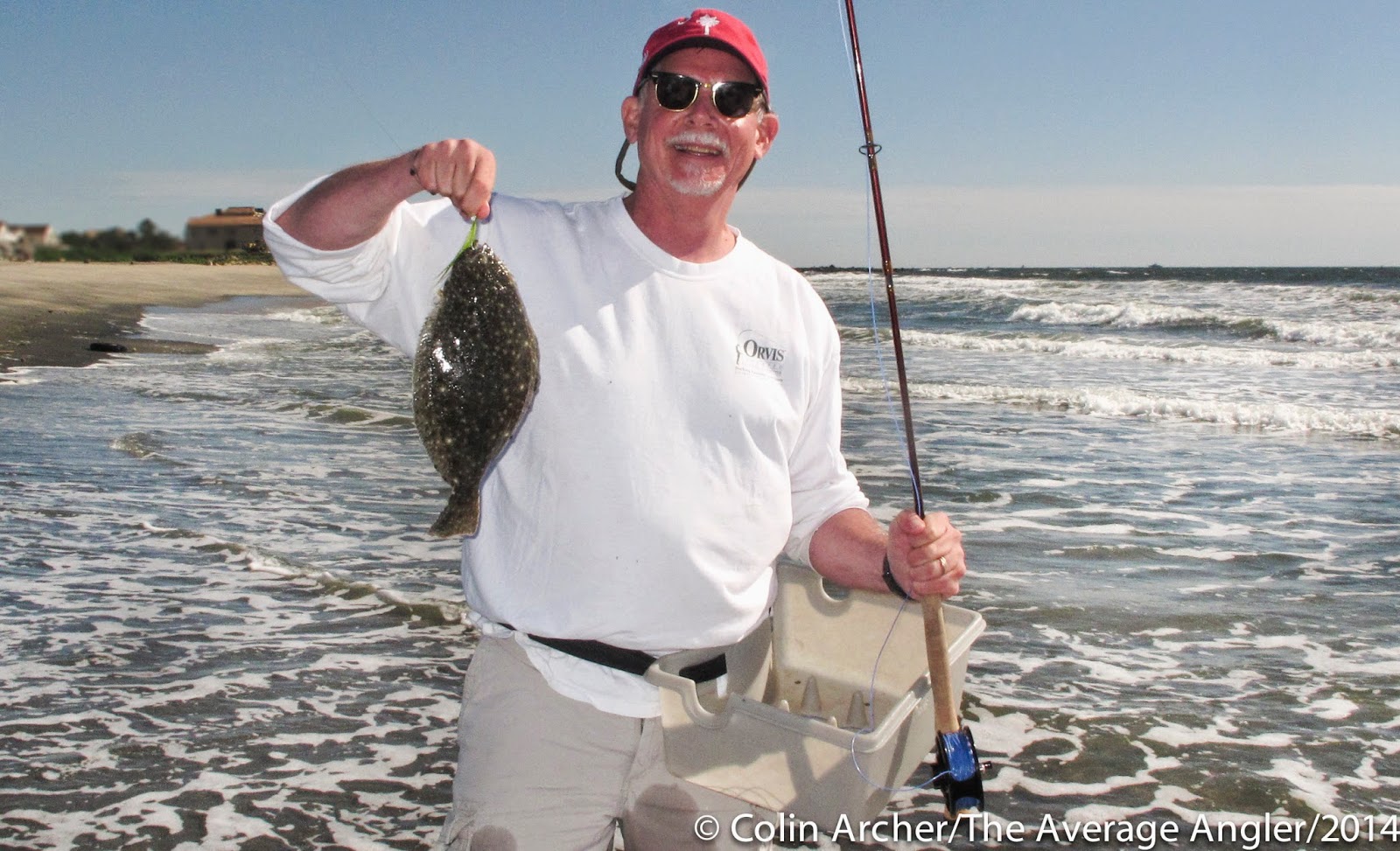 I could tell they had fun and I look forward to fishing with them again. As we wrapped up the morning I could tell that Mike wanted to stay at it, maybe knowing that coming back from down 3-0 would be a feat, but just to get on the board and get his first fish on the fly rod.

Posted by The Average Angler at 7:03 PM