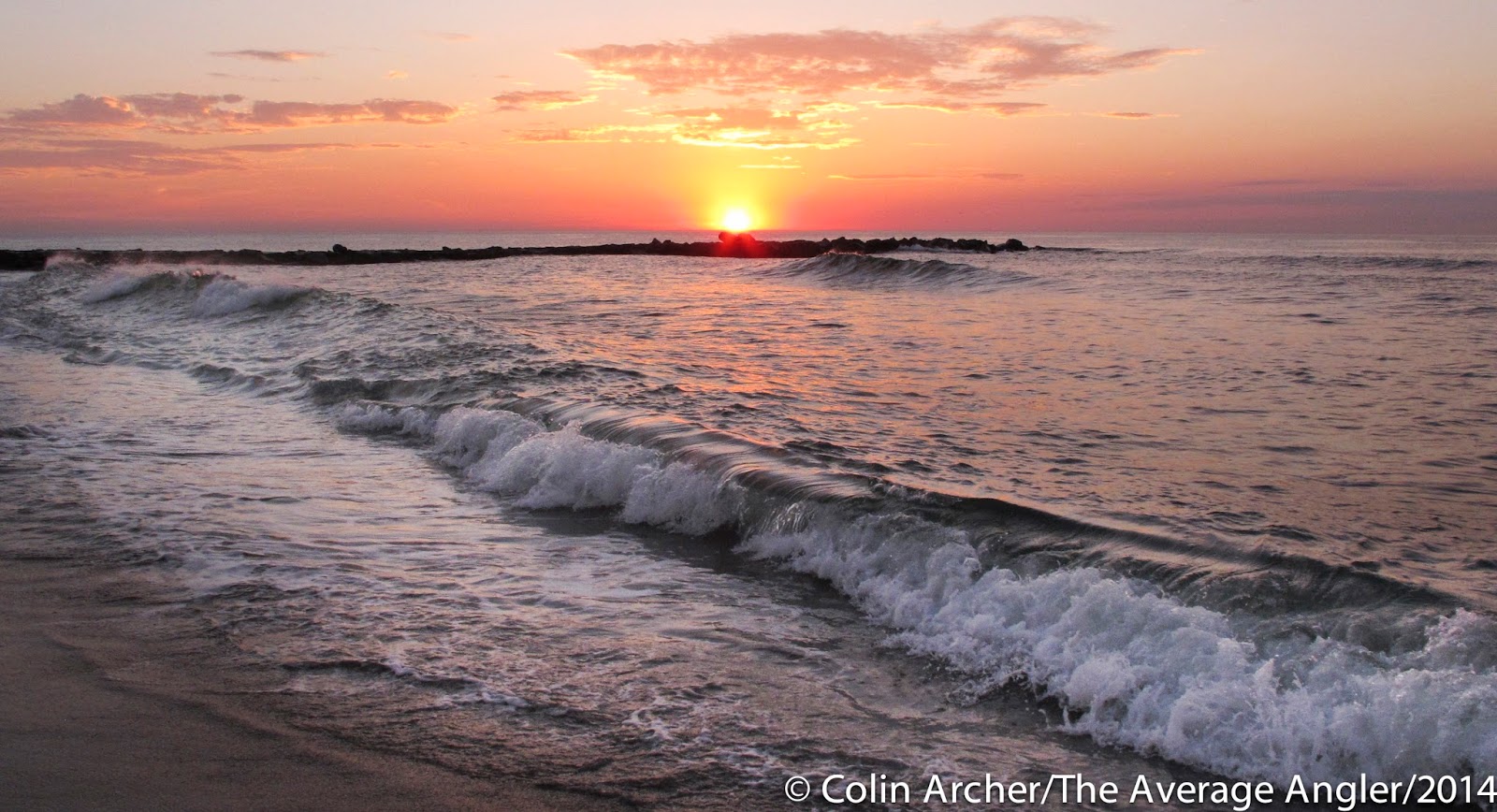 Started way early trying to see if the mid incoming tide would fish any better. Threw black Kinky Mudllers in the dark and into the arrival of light. Incoming tide with a west wind had the water all but flat except right at the trough. Didn't get a tap but watched as the dolphins and whales fed on the bunker pods set up off the beach.
I had the GoPro strapped on my head and gave it a go...hoping to catch a fish in the process. Fun to shoot, pain in butt to upload, edit, post, ect. But I think this could be an invaluable tool for my business as far as the talks and the blog go. Below is just a taste of it....I need to make sure the camera is centered and level on my head.

After fishing I stopped on my way home and walked to the tip of a groin where some plug guys were fishing and they hadn't got anything. The bunker came tight while I was there and they used treble hooks to snag and drop which didn't produce.

Beautiful morning for a last taste of salt till next Monday or Tuesday.
Posted by The Average Angler at 6:48 AM